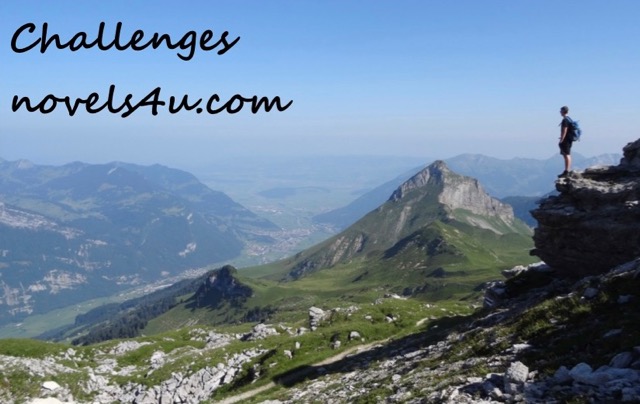 Challenges are there to be mastered. I am convinced of that. Besides, I’m not going to let anything dictate. Why should one finally grow up, only to have to be deferred again? No, I cannot live with that. I explained it to you from the beginning. If I want to do something, then I do it too. It may be that you think it stupid, careless, dangerous or otherwise, but I do not care. Deal with it or leave it, there is nothing more to say about it from my side. Why? I am independent and do not have to justify myself to anyone, especially not to you. Where would we go if we asked each other permission? After all, we are independent, reflective, enlightened personalities who need to know for themselves what they are doing. That was my requirement and you accepted it, probably because you did not really have a choice, on condition that you wanted to stay with me. And for reasons completely unknown to me at that time, you actually wanted that. I made this wanting as hard as possible for you. A big challenge, especially to your affection for me.

What I announced, I also did, when and where and how I wanted it. Of course, I told you about it, I did not tolerate any objections. You tried nothing more than to tell me that it might be easier or otherwise would be more effective. I did not understand that. Because I only saw what I wanted to see and that was the criticism. It was not a criticism, but a benevolent accompaniment and support. As I know now, but not then. You accepted it, took a step back and let me do it. You were sure I would find it easier. But you also knew me well enough that you assumed I had to get on it myself. I only believed what I found out myself. And so, you read me drove as I wanted. Until I got on it. You could have held it against me, but you did not. A big challenge, especially to your affection for me.

One day you said to me that you care about me when I acted so daring and reckless, as if I actually had 14 guardian angels and seven lives. And I replied that you did not intend anything other than to put me under emotional pressure because you just did not like what I did or how I did it. You called it worry, I only saw the restriction. Because what should happen to me? Never had anything happened to me and it never would be. After all, I would be invulnerable, and that was until one night when you did not come home and you were not available. I was in the dark for hours what was with you. It was only when you came back in the early hours of the morning, when I was relieved to be able to embrace you safely, that I realized for the first time that worry could be just worry, without emotional pressure. You could have said, finally you understood. You did not do it. But I had realized that I was a big challenge, especially your affection for me.

And when I finally realized that it was actually the case that you took me as I was just at the moment, just so that it was necessary that you had to prove it to me over and over again, since I finally realized was that your concern was a honest one and not calculated, because I could finally reconcile with the thought that there was actually someone who was able to cope with me as a challenge, so I could leave it to constantly demand it and just assume that you were attached to me, just like that, and probably a lot easier without being a challenge, because life itself challenges enough.