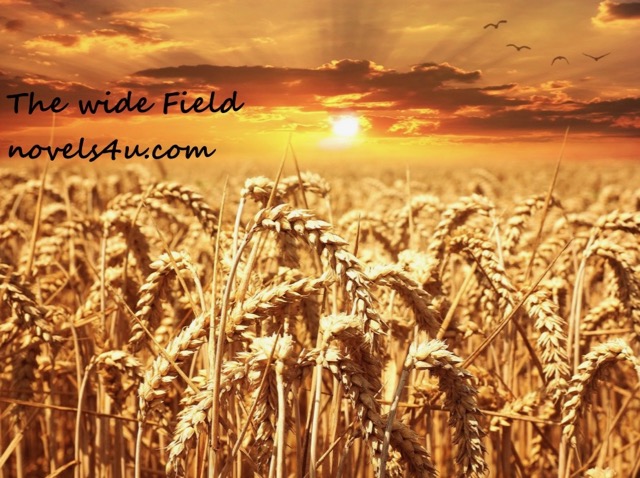 There are days when life seems to me like a gorge, narrow and lightless. To the left and right rise massive granite walls, so high that the upper edge loses itself in swirling fog. Limited left and right, the way back closed and only a narrow path that I can go forward, so narrow that I have to turn sideways not to open my arms on the rugged cliffs. It is scarily narrow in this gorge, so I try to move forward as fast as possible without being able to foresee the end. Is there an end?

As long as you are in the middle of it, it seems that nothing can ever change again, never again be something different, but all of a sudden, unexpectedly, most of the time, the rock ends up as if it were suddenly, unseen and without making a sound , collapsed and I’m no longer cramped, no more restricted, but dismissed, in the middle of a wide field, a flourishing wheat field. Gently, the stalks with their full spikes sway in the wind, golden yellow shining in the afternoon glow of the light. Am I really already arrived in the afternoon, in the afternoon of my life? If life is like a day, I have to admit that I have already left the zenith behind. The radiant, sometimes even scorching power of the midday sun has diminished. It was strong and hot-blooded, but now it has become calmer, gentler, like me. So many follies that would have infuriated me, one day, in the midst of the rocks that challenged the rebellion, make me smile more gently now. It’s how it is, meanwhile I have learned not only to say but also to understand. Accept what needs to be accepted and change what can be changed.

My hands brush the ears as I go forward and rejoice, without knowing exactly what. I just do it. Plain and simple. It is what it is until I reach the end of the field. Maybe you’re still there in the afternoon of our lives, and maybe you’ll shake hands with me too. Sometimes I think it would be good if it did. If it is not so, then probably that will have its reasons. It is what it is. Next to the field is another, which is only separated by a narrow path from the one on which I am. The other field looks fresh. Cheerful and boisterous, a child rages on, standing still in the morning of life. The sun is on the rise, and as far as it is from zenith, it is with me again.

It is still carefree, the child, because it does not yet know what to expect. I could tell him about it, about life. Maybe it listens, but it takes it like any other story, like a fairytale. I’m on my way and it comes running up to me. Breathless with joy and happiness. Why? Just like that, sheer joie de vivre that does not yet know any bad luck and nothing that speaks against the joy. It is what it is. Even if it does not know anything about it, it understands these words simply by living them. Plain and simple. I can watch him, but I cannot go back to a beginning, but I can hope that my approaching end will be a new beginning, a departure into another uncertainty. Just as I once knew nothing about life, so I do not know anything about non-life.

Gradually, the ears on my field will dry up and go down. The day will finally come to an end, the sun will set and I will disappear into the darkness. And I’ll know that there was the gorge, but also the field. It’s good to know. Plain and simple. And then I probably will not know that anymore. It has no meaning anymore. It cannot be changed. It is what it is.