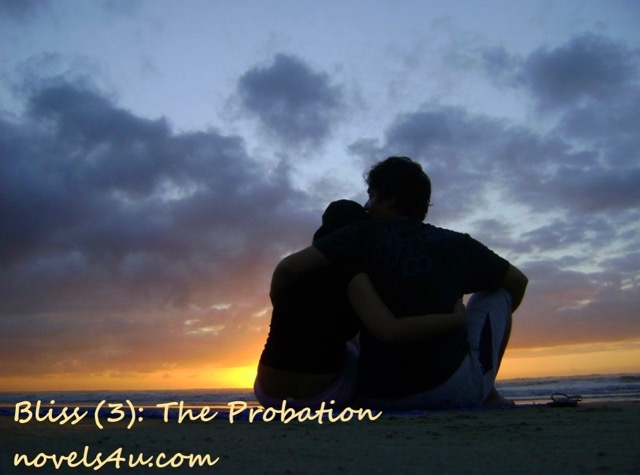 The moon was already at its zenith, and I had your full attention. I liked that and I wanted to savor it, but not overdo it, just do not push it too far.
„Once again, back to the idea that we have now died, gone to heaven, been instructed in the circumstances and now have enjoyed this unity, harmony and familiarity, whereby I cannot speak of long or short, because in eternity Do not give it such terms anymore. Anyway, you think you’re bored. Then you go to God and tell Him that you need a challenge, a little suffering and pain and sorrow, misunderstanding and conflict, in other words in one word, all the things that a life on earth brings in its imperfection. Then He will ask you how big this challenge should be. You will briefly listen to yourself, consider how strong you are, but also how dominant and depressing the boredom. Yes, after you will be given a new life, a new life on earth.“

„That is, I am born again? Just like that, according to my specifications and not after my behavior in my present life? „, You asked irritated.
„Of course, for God not only considers His creature in His decision, more, He dares to decide His creation to Himself,“ I replied convinced.
„That if in my next life I’m a street kid in Romania or a malnourished one in Ethiopia, it’s because I was looking for a big challenge. And all the other kids are just people who made that decision?“ You asked.
„No, of course not. I imagine there’s a pot of small, medium and big challenges. You choose one, jump into it, and chance carries you to a place. It can also be that you still have to fulfill a task. Also you can get an opportunity.“, I tried to explain.
„Or an open account that I have to settle,“ you added.
„Not that, because God does not take revenge and will not support it. Reparation, yes, but no retaliation,“ I underlined emphatically.
„But in the Old Testament I read something completely different“, you interjected.
„First, did God write or literally dictate the Bible? No, he does not, and man can only write what he understands. It was already a great step forward that man did not see himself as the one who practiced revenge, but left it to God, „I answered.
„So, man simply blamed God for retaliation? All as usual, only with a presumptuous authority.“, You replied.
„Exactly. But if we died now, then you could ask everything to God Himself.“ I suggested.
„I can do that later, much later. Now, now I want to enjoy life with you, this living moment in togetherness.“ You said, and hugged me, „But basically a nice idea of heaven. „