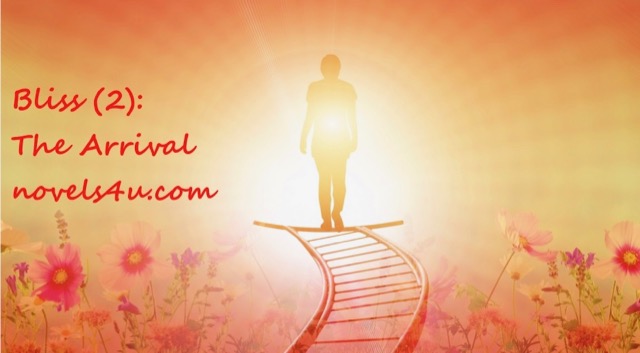 „I’ll tell it a little more personal, this arrival, if you like it,“ I suggested.
„I’m all right, meanwhile.“, You answered resigned, because in the meantime you were probably convinced that there would never be a story out of it.
„Well, then imagine that both of us are dying, let’s say, now.“ I started with the more personal variant.
„Nice idea …“, you interjected.
„And then you wondered that I’m not going to tell you if you keep interrupting me.“, I replied promptly, „Again, we die and go straight to heaven.“

„Sorry, but I cannot leave it that way , We go straight to heaven? What about the purgatory and the hell and the entrance examination and so on? „, You asked dumbfounded.

„Is not everything. All things have been invented so that people do not want to say goodbye to heaven right after their birth,“ I replied, and then went on, „We are going to heaven, whole and compound, if necessary, and becoming initially at the entrance introduced. One of the already rescued takes us under his wing and leads us to the landlord, to God. He usually welcomes newcomers on the shore of a lake, and he always knows in advance when someone is coming. ‚Hello you two!‘, He will say. ‚Hello!‘, We will answer. ‚I would ask you to introduce the present to you.‘, He will ask us. ‚And what shall we tell?‘, You will ask, of course you. ‚I think, first, if you betray the circumstances of your death and what you have done on earth,‘ he will explain. We will then tell that, and then the others will introduce ourselves, and with that the impetus will be given to get in touch with all the others, to meet each other and to exchange views. From now on, we will spend our time, or rather, eternity, because time does not go away any more. „, I described this heavenly state, lost myself to this picture, which I had painted and a faint yearning began to flutter.
„But then it’s exactly the same as on Earth, apart from this metabolic stuff that admittedly is quite annoying, but actually nothing bad,“ you threw challenging.
„Yes, it is quite different, because there is no more quarrel, not a bad word. The communication is a perfect one. Everything said is understood in the sense in which it was spoken. The acceptance of the du is an all-embracing one. There is no resentment, no prejudice and no barriers. That’s when you truly speak to you, and that applies to everyone and always and everywhere. „, I tried to put the heavenly togetherness into words.
„That should be the sky? Is that supposed to be the eternal bliss? Peace, joy, pancakes throughout the long eternity? What you are describing sounds more like a description of hell, of unbearable, terrible boredom. Of course, for a while this may be bearable, but eventually I would go crazy. „, You replied thoughtfully. „That’s exactly how it is, finally you understood it,“ I replied with relief, „but God also knew that and provided it, because after all nobody knows man as well as His Creator.“ „And what does this precaution look like?“ you asked.