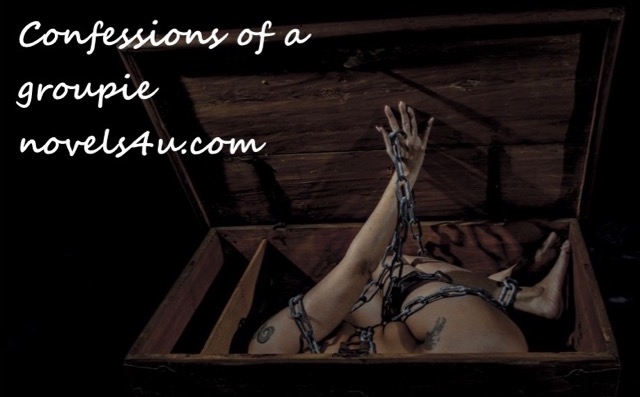 Quiet and gentle, muted and sensitive. That was my first impression of you, and also the second and many more. One of those women who are all too easily overlooked, not only in their physical appearance but also in their desires. They like to keep in the background. Best still screened by a man. Security and safety, that’s what they want. And it can happen that they get it too.

„You cannot imagine how tender, sensitive and loving he is,“ you began to rave, as I was visiting this afternoon, „By the way, it bothers you, if I keep on ironing, but if I do not do it now, then I will never finish.“
„By the way, it does not bother me,“ I explained matter-of-factly, because why should it? We could still talk anyway. By the way, just. „Affectionate, sensitive and loving, also in public?“, I asked further.
„In public, well, you know that’s not possible,“ you explained evasively. „He has built a certain reputation. As an artist an open book, but his private affairs, which surrounds the aura of mystery. And so, should it stay.“
„You mean he keeps all options open, flirts, gets other women to bed, because there is no official information about his relationship status?“ I persisted.
„That sounds like he’s always cheating on me, like bourgeois thinking,“ you said as if it had been learned, „but the opposite is true. He tells me everything and asks me if I agree. That’s because he needs it as a man.“
„And you do that too?“ I kept asking, „I mean sleep with other men?“
„No, but not because I should not,“ you said, „but because as a woman I have no need for it. He is enough for me.“
„You mean that it is enough for you to always be the woman in the background who serves him from the back and the front, putting her whole life on what he just needs to be there when he presents himself to the public, and yet never really make an appearance?“ I continued the thought.
„That too sounds very different than it is when you say it,“ you told me, „but it’s more that in his work he needs all the support he can get. Moreover, it is self-evident, actually, that an artist does not have to worry about trivialities. I only help him to focus on his art as best he can. Everything else I take from him. This is the most fulfilling job I have ever had in my life. „
„And part of the fulfillment is that you are yelled out of the blue for every little thing, even in public, regardless of losses?“ I insisted.
„You look completely wrong. I make stupid mistakes, and how else can he point this out to me? Then I deserve it because, by my incompetence, I force him to turn away from the important things, his important things,“ you said, „Although I always think, how could he want it, how could it like him. That’s why I’m getting better and better. And his tantrums rarer. Besides, you have to understand that, he’s an artist after all, and artists have their idiosyncrasies. That’s what makes you artist-like. „
„Sure, someone who is empathetic and attentive to people, cannot be an artist?“ I tried to summarize.
„That’s not true. He is empathetic and attentive, but not if he is torn from his concentration. And then he has so much to worry about, so much to think about, to overlook. Since it would be the least that around him, everything is perfect,“ you said defensively.
„Where is the great artist now?“ I asked, trying to make the question sound as casual as possible, „Does he do art?“
„I think he’s by the lake,“ you said casually, „with a woman.“
„Say, do you iron his shirts?“, I wanted to know because I finally took a closer look at the mountain of ironing textiles.
„Of course, you cannot expect him to do that,“ you said with conviction.
„That means the gracious gentleman is messing around with other women while you’re at home ironing his shirts?“ I summarized.
„Yeah, he needs a break,“ you replied, „I know what’s wrong with you now. You are jealous. I have someone I love and who loves me and you do not have that. „
„When love expresses itself in exploitation and oppression, then I really do not have it and do not need it. Because love, which demands that I throw my dignity and self-esteem overboard, cannot be one. „
„But he is everything I have. Without him, I’m lost,“ you said softly while tears flowed down my cheeks and I took you in my arms. Actually, I could have said that all nothing was better than that, but I did not do it. You had to come up yourself.