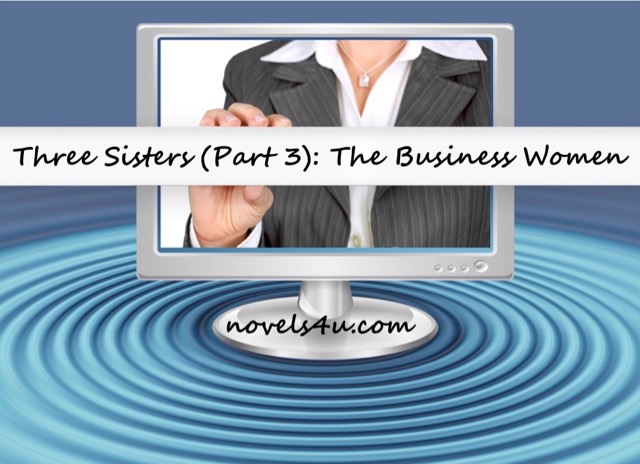 „Instead, she raised us, me, and my two sisters, and there is not much to tell about this time, no more, no less than there is to report on the commonplace. Instead of advice, it gave us confidence in our decisions and probably the courage to carry them through, and so the day came to prove, the roots, whether they had taken hold, the wings, whether they were strong enough themselves to prove in the storm. We three, we are like each other’s eggs, but only externally, because otherwise we are as different as people are different.

Sabrina saw her talent in doing business. So, she started by opening a drugstore in our hometown. Meanwhile, she owns several branches throughout the country and maybe even abroad. At some point I lost track. Probably because I did not care, and also because we lost track of it. Such an expansion can only be achieved with 100% commitment, dedication, diligence and perseverance. From time to time she came by, but each time she had to leave again, hardly that she had arrived, although I’m not even sure if she ever arrives or she is rather with the thoughts and interest elsewhere. I asked her if she was happy, one day. Without hesitating for a moment, she affirmed this question, for she had what she had always wanted, and there could be no mistake. Of course, she does not have time for friends or family, but she has something much more reliable than the favor of the people, the work of her hands and her head. If she was never lonely, I wanted to ask her, but then the phone rang again and she had to go. Maybe someday I’ll have the opportunity to ask her, all that I do not understand, and I want to understand, not something, but her. It’s not my way she’s gone, not my quest for all those personal sacrifices that leave so much in the way. She is rich and independent, yet poor and dependent. Is it possible to carry this through, a lifetime? Is she really happy, or is she deliberately working so hard that she does not have a minute to think about it? But maybe it’s the wrong approach, the question of luck, and the right thing would be to bridge the gap between beginning and end as confidently as possible, and nothing more. Nothing else!“