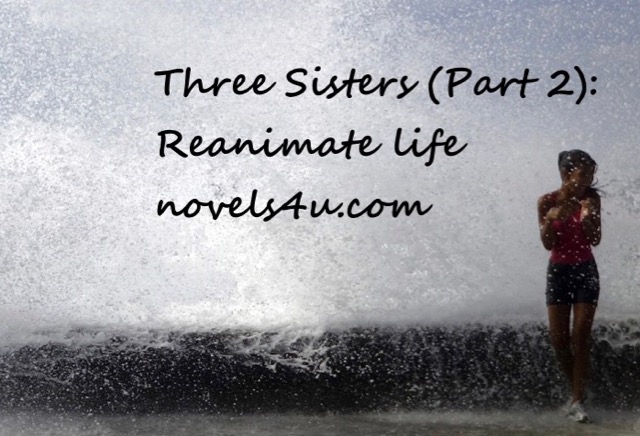 She paused and looked up at the stars, as if she would find there the beginning of her story.

„My mother and dad got married, and as far as I can tell, they must have been happy, because there’s nothing to report over the next few years, and there’s only one thing you cannot talk about and that is the state of happiness. And it can only be a state, happiness, because there is no development and no growth. For what? Actually, you are already there, where you want to go. My mother and father were so happy with each other as long as they were able to endure this condition and when they could not stand it any longer, they decided to bring children into the world because that was supposed to perfect their love. That’s the way to say so.

In truth, it is nothing more than wanting to feel life again, coming out of the vegetative swamp of happiness, back into the disorder and chaos that is and will continue to grow, life that is and remains indomitable and incomprehensible, in its overflowing Fervor. A delusion, an intoxication, an abandonment that nobody endures in the long run, so you have to build stages of happiness to recover and rest a little, to regain enough strength to live life again. That’s probably meant when someone says he lives fast or slow. There are probably people who consume as much life in a week as others in years do not, and still do not get enough, still drooling and craving for more life, more and more, more than anything that they do not know to name, and probably not what that should be. Some go on indefatigably, and others – like my mother and father – are just bringing children into the world. It should be at least two, but then they got three in one fell swoop. Triplets, three girls, Sophie, Sabrina, and Sarah, were called them, and now, now their luck should be perfect.

Maybe it could have been so, but my mother probably had no time to philosophize about happiness or its absence, because her day was then determined by the needs of these three little girls. Once again, she had given her life a completely new direction, made a decision that was probably hers, and, as it turned out, had no impact. But she did not give any more advice.“