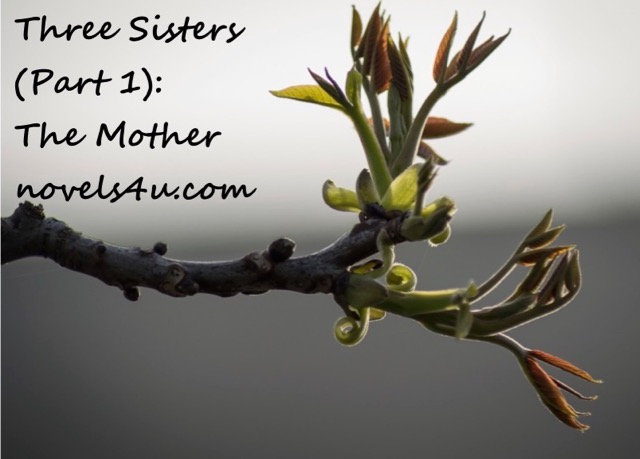 „Sit down to me and tell me your story.“ I begged you to stay a little while the night you came to me. And you told me your story:

„My mother was a beautiful woman, but it was the kind of beauty that does not intrude, but is often overlooked in its simplicity. But she was not only beautiful, but also wise. Not in the sense of being educated or read, but she had the gift of putting herself in everyone’s shoes, but without losing sight of the environment so that she knew how to solve it correctly, no matter what the problem was or what troubled it.

For the sufferers and the mourners, she always found the right words of consolation. This gift could not be kept secret for long, so more and more people came to ask for her advice or consolation – and she did not turn anyone away, let anyone drift unconcerned. One would think that these people came only once and then never again, but the opposite was the case. They came over and over and gradually got used to getting their advice, yes, they got so used to it that they did not even try to help themselves, but came to my mother automatically. It took some time for my mother to realize that people became more and more dependent on her. Yes, some were so bad that they could not even decide which shoes to put on. And of course, my mother knew that was not good, not for her, but even less for the people who let her help them, because they stopped trusting their own judgment, stopped using their own minds. She would have had the power to use these people like puppets, if she had wanted to. Their only goal had been to give these people an impulse, just a small impulse, whereupon they should help themselves again. But it had turned out the wrong way. So, she decided not to give any more advice and sent the people who were still flocking to her. Of course, she did not do it without explanation, but no one wanted to understand her. The only thing she took away from my mother’s words was that they were turned down as help seekers, that they were all alone with their problems and worries. So, it happened that the affection changed into anger and rejection, as it often happens. Only one remained, and could not refuse. For 70 days and 70 nights he sat in the garden in front of my mother’s house, until at least he touched her heart so much that she took him in and married him, but she did not give any advice to anyone. „