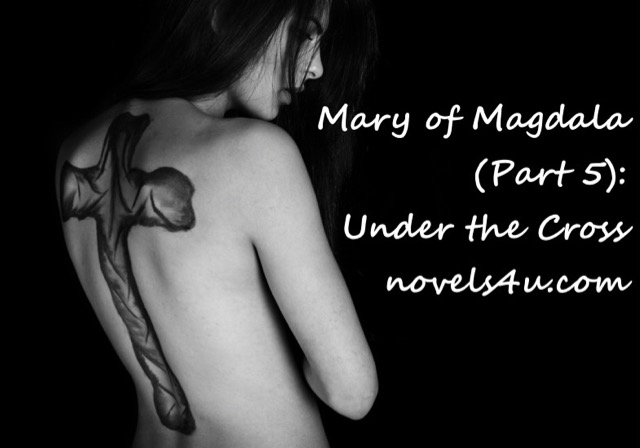 You may have often wondered what it was, that inevitability of which He spoke, when He took you, lifted Himself up to take you with Him, to follow the way He had to go, had to go with you, but you did not dare to ask him. You feared His answer too much. But you have not always known or at least suspected it? Did not you forcibly close your eyes as long as it was possible?

It was no longer possible to look away. With whips they had chastised him and crowned them with thorns. With nails they had pierced His hands, His feet to nail Him to the cross and pierced His side with the lance. Every whip that hit Him hit you. Every thorn that blew up His skin tore yours. Every nail that pierced His flesh pierced yours. The lance that pierced His side pierced you, drove you right into the heart. His pain was yours, without distinction, without demarcation. He had brought you into himself and into his love, and you were completely absorbed in it.

He had kissed you, and you did not resist it.

Now your place was here, under the Cross, with Him. „To the inevitability, and far beyond.“ You said. That must have been what He meant by inevitability, and you stayed. You lay, in the dust at His feet, and you stayed. Even if it tore your heart, if it seemed to you, as if the most important and most precious part was torn out of you, if it seemed to you, as if all life-force disappeared, you remained.

There was noise and activity around you, but you did not hear it, for there was silence in you, the silence of abandonment, the inevitability of death. 1000 and one death you died that night. There could never be a life again. Never again could you ever live like before.

But in the midst of this disruption, His eyes stole, one last time.
„Go with me.“ He wanted to tell you.
„Where should I go with you?“, you asked.
„The way that I will show you, which I lead you,“ replied His glance.
„I want it.“, you still heard your toneless voice.

Descending into the deepest of all desolations, He still did not make you despair. Taken by the epitome of death, He had not let you perish.

„And far beyond.“, You said, before you embraced a gracious fainting.