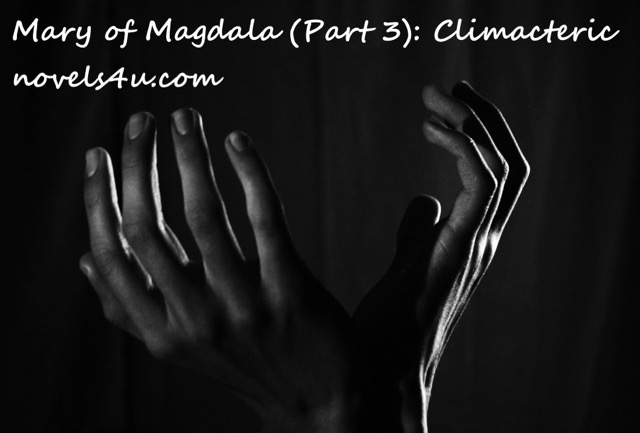 You walked straight, looking up and open, and not lowered humbly, as you probably expected, upright as you crossed the square, toward the house where He was with His disciples.

At the open door you stopped, because where He was, there was nothing closed, nothing that could be removed from His view. He sat in the midst of His disciples, in the midst of men, not above them, but with everyone at eye level, and His word went to them, measured and considered. He spoke to them, directly and unmistakably, according to their own level of development, let them become and grow, into the boundlessness of His love.

A soft smile played on your lips, as you saw with what eagerness, yes, with what devotion Marta endeavored for his physical well-being, took care of him and spoiled. Did she take and keep a word of what He said? Marta thought she did not understand that. What she understood and has to understood was the physical well-being, nothing else. No, you and Marta, you could not understand each other, theirs was too far removed from your reality, but you were ready to respect her in her decision, even though it probably was not even yours. Could she do that too? Could it not respect you in your own being, in your decision to worry about the affairs of the kitchen, because there could be other tasks, even for a woman? Did she even dare to think beyond the edge of her small, modest sphere of influence? Could she admit it, even dare to think that it would be possible? But you, you accepted her, even if she did not accept you, even if her embrace was cold and forced, so was your warm and wanted.

You saw the disciples, who were so timid about Him, and yet they were barely able to break out of their previous habits of thinking. Yet they would have had to do nothing but follow His words, as they followed Him, leaving behind their past lives, literally and energetically leaving everything behind, everything and everyone. That had been a huge step for them, a radical cut, and yet apparently not radical enough, for they kept falling back, talking about how they used to talk in this earlier life and how they acted in that earlier life were used to. But he, he took her with him, undaunted, to start all over again, if need be, every day. He must have patience with them, he had explained to you, and you understood it.

Carefully you entered, still firmly holding the alabaster vessel, entered, and headed straight for Him. He turned to you and you knew he was glad you were there.