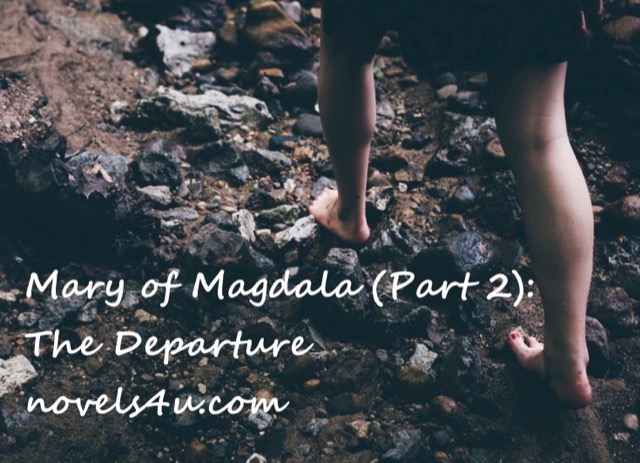 You stepped in front of your house, holding firmly the alabaster vessel with fragrant needle oil, which was no longer trembling, and your jet-black, long hair, freed from the cloth and hiding, glistened in the sun. All unrest had fallen away from you, and the looks, the envious and the malicious, the drooling and the eager, they could no longer harm you, for you had been in His sight, which was nothing but a louder acceptance.

His eyes had set you up, back then, ruthlessly and wholeheartedly, and He was the one who freed you from seven demons that tormented your soul.

The first was the demon of hopelessness, since you as a rejected person no longer knew where to turn, where to expect good, He gave you hope, no, not all are like that, because He accepted you as you were.

The second was the demon of pride, because you thought you had seen through them all, He entered into your heart and allowed you to stand over them until He came and shook your hand, leading you to a clear understanding.

The third was the Demon of Vengeance, since you were ready to pay back all of them in the same coin, what they had done to you, to hurt and destroy them until He came and showed you that you are taking part in the destruction and only building up Future bears.

The fifth was the demon of hardheartedness, for you thought you had reached a point where forgiveness was no longer possible until He came and taught you that even what in human judgment meant incorruptibility, immeasurable guilt, yet again could be embraced by a forgiveness that only He knew how to open.

The sixth was the demon of lovelessness, because you said after all the injuries you have to close your love behind thick walls, because you just wanted to be spared from suffering and pain until He came and revealed to himself that love is for everyone Pain and all suffering in itself and these tears in tears of joy changed.

The seventh was the demon of seclusion, since you meant to lose yourself in surrender, as you did not find acceptance or understanding until He came and told you that the surrender has to go much further, she wants to be real , far beyond the limits of one’s own little life, self-surrender to substitution without being lost.

He had freed you from the eyes of the seven demons of self-agility, freed yourself and turned to Him.

Your steps were light and safe, from your house, which you should now leave forever, to the place where He expected you.