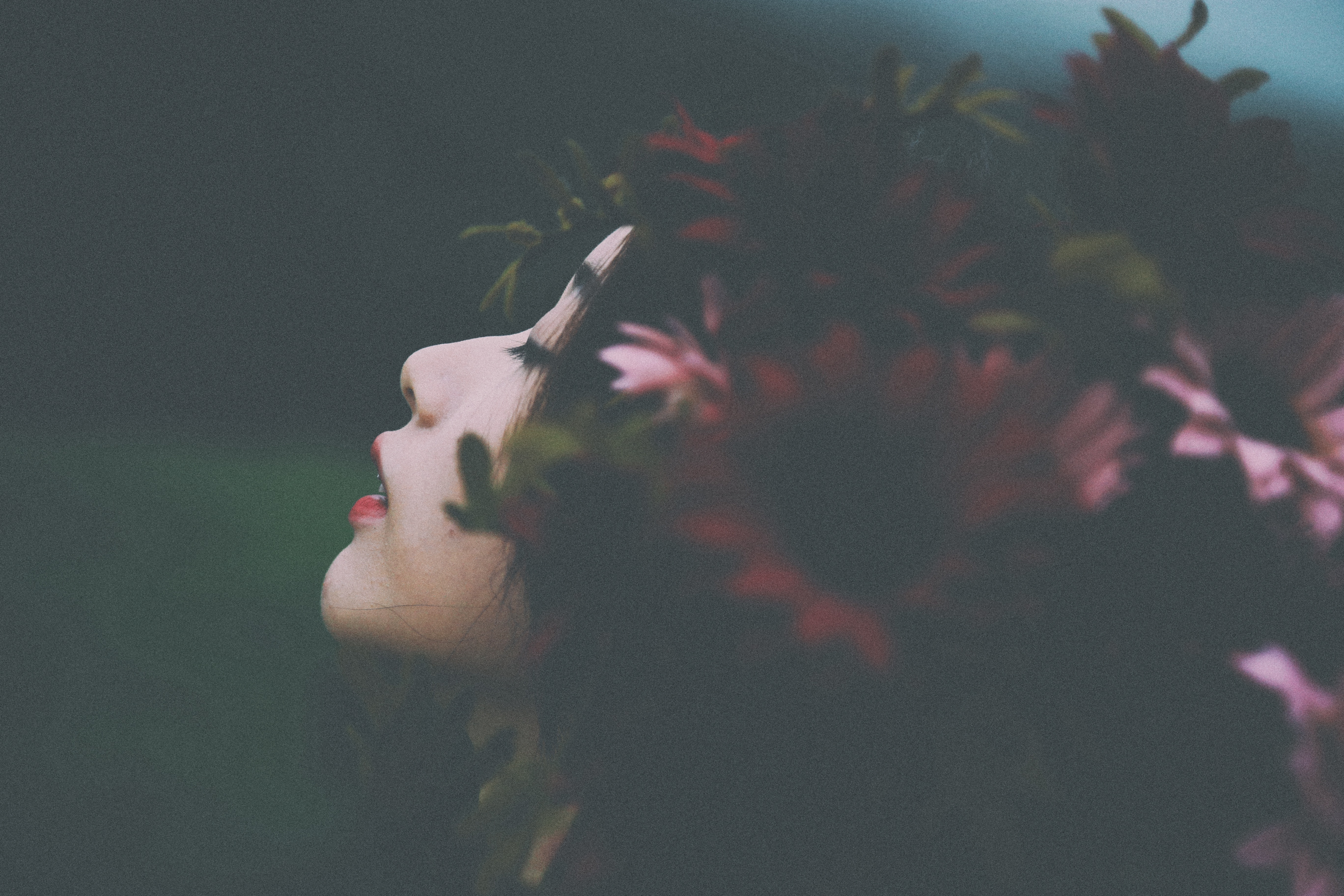 Your hands trembled as you took the alabaster vessel that was filled to the brim with that wonderfully fragrant oil as you held it and made your way to it. Your heart beat violently as you stepped out of the house, and your open hair glistened in the sun, your long, jet-black hair. You had discarded the cloth, because you did not want to hide any longer, your hair was not, your eyes were not, and neither was your love, the only one that could convince you.

You had met them, all the men who played up, the others, the quiet women and their children. You did not want to believe it, but at some point you laid your hands in your lap, and you did not like the idea, the thought that a man needed no more than a baby. Lush, warm and dry, he wanted to lie down, grinning sideways and falling asleep.

That’s why they called you a whore. You had the real thing, the most beautiful of you cannot give, because they did not want it. Nobody ever asked for it. If they had only looked five minutes longer, they would have recognized, but they were caught in their own little contentment.

All of them were like that, except for the one to whom you set out now.

Whore they had called you, they who hid their hair from the sun and the eyes, they who veiled their faces from the world, because it is so virtuous to see nothing and not to be seen.

My sisters, if you wanted to call to them, do not you see that the virtue that is so highly praised, and that you are so willing to subjugate, that it serves only to make you believe that what you get with your husband is a great one Gift is, and in the end, it’s not much more than nothing, but you cannot see it, beyond the veil, can not understand, through all the phrases that they have drummed into you, to obfuscate your mind.

Whore you called me and accused me of taking your men away from you. Why should I do that when they are all alike, one as easy to see through as the other, one as small in need as the other? I wholeheartedly begrudge you, and I will not dispute them, if you think that you have something in them, if you see your virtue as a gift and mistreatment as a gift.

You did not want them all who secretly asked you for advice for your wisdom, who secretly poured out their hearts in secret. But the thank you right up to the moment they turned aside and fell asleep to face the next day, those who scolded and humiliated you. They were all in agreement.

All agreed, except for the one to whom you made your way, who was the only one who moved your heart and liberated your soul.