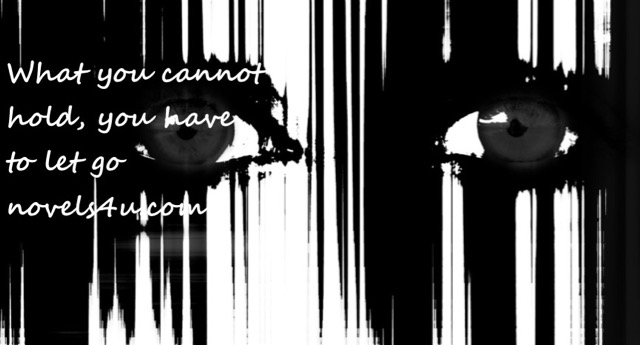 Fears accompany my life, even though I have learned to deal with them in the meantime, there is one with which I never really finished. This is probably also due to the frequency of confrontation, because, after all, statistically speaking, women are becoming more and more narrow-breasted, because of the altered, mischievous attitude to life, through this terrible, anti-feminine actionism, as I was told, I rarely run the risk of meeting the object of my fear. So I am suffering from the so-called uberaphobia, the fear of breasts, whereby my phobia is limited to the particularly expansive specimens of the type ubera.

In terms of depth and height psychology, this circumstance is easy to explain, for I had an aunt whom I was often given to supervise, whose maternal fullness she carried gravely before and around her, was extensive. That would not have been the real problem had she not had the fatal habit of having to have everyone’s hearted when she felt emotionally moved. And she often felt emotionally moved. These pictures still haunt me when she stretched out her arms, clasped her hands around my back and wedged them, so there was no escape. My eyes, terrified by the flesh mountains that were approaching relentlessly and between which my innocent little face was relentlessly buried. My eyes darkened, as if life itself had spewed me out between the symbol of nourishment and care. Clapping, my mouth and nose were clinging to damp, slippery skin that smelled of garlic, inadequately covered by some cheap perfume. Desperately, I struggled for air, but that only made me dock even tighter. Over time, I learned to make breathing easy, so that I often caught a gracious fainting, which moved the aunt to let go of me. Once I had outgrown the need to be supervised, I avoided encountering this aunt as well as I could, though I never dared to give the reason for it. Although this experience has long been behind, the fear remained, the fear to be suffocated, buried, crushed.

So it happened that one day I had the great pleasure of presenting one of my most subtle, and most emotionally profound, lyrics to a large auditorium consisting of at least two-digit numbers of people. Breathless silence prevailed in the room as I read and after completing the reading, sighed gently. Both my listeners and myself were given the opportunity to savor these vibrations for a while, losing ourselves in the words, but even more so in the soft, gentle nuances, taking in the unsaid, unspeakable between the desperate rewritings of the ultimately unnamable. And while I stood there, probably also the small fluffs looked after, which together in a cone of light, which let us the setting sun through the side window, while my thoughts still linger, here and there, then the applause, first isolated and behavior, but in the following swelling and disappearing again. Everything is ending. I let myself be carried away for a short bow before I packed my things and headed for the edge of the stage when I spotted them. Fortunately, because if I had noticed her earlier, I would not have spoken, but now, just like my aunt, seemingly infinitely long ago, and yet in mine Just now, this expression of emotion and deep inner emotion lay on her broad, good-natured face. I felt it. I sensed it, so I reflexively stepped back, as if there had been some way to escape the coming. But it was inevitable as the next breath. Relentlessly she walked towards me, undulating, not only the hair, but also the carnal bulges, which I estimated at least cup size F.

My eyes were fixed on them, and they came closer, closer and closer. I took another step back, but then she was already climbing the podium, arms outstretched like lances, long outstretched, knowing only one target. One more step back. She stood in front of me now. I kept trying to back down, but I was already standing against the wall, and she was not giving up. Neither she nor the ground had mercy. Oh, how I would have liked to be devoured by them, but they were hard and dismissive. Her hands lay on my upper arms, her fingers bent, ready to pull me to her. And I saw myself already buried between the meat mountains. It would be the last time. What a death. Immersed in motherliness, but then my body rebelled as if still unwilling to accept the inevitable. There was a need to give something back, something I did not want to give, but ultimately my body triumphed and gave, gave everything he had to give, and the given poured out in a rush over the sweeping cleavage to continue on the dress of the lady until it reached the shoes. She was covered from top to bottom, covered garlic and smell of cheap perfume, so that she actually abandoned her intentions and looked down in disbelief, disbelieving and sullen. And I, for the first time in my life, was glad that I had not restrained my appetite, otherwise I would not have been able to give my supper to the oversized mammary glands as thanks for all the charities shown.