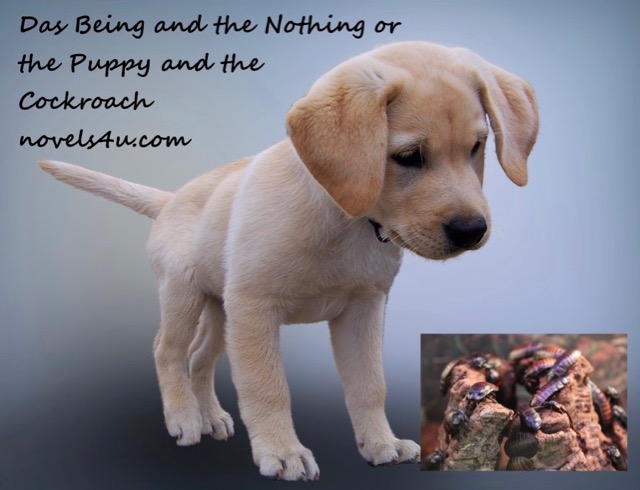 For some time now, Martin, Martin Heidegger, a philosopher, has never left my mind. Although Nietzsche thought that no good philosopher was married, he called himself that. He probably would not have stood up to the stern eye of the God-of-death philosopher, although some people claim that Nietzsche, that is, Friedrich Wilhelm Nietzsche, would not have been a philosopher, but we are not holding on to it now what on Business card stands – they do not need them any more. Heidegger’s main work is called Being and Time, and so we’re in a big part of philosophy, not just because it’s heavy in my stomach, because it was one of the few trials I failed in, but because it takes such a fundamental place, ontology, the doctrine of being. Philosophers are constantly thinking about being – and that is why the main question is:

„Why is being in the first place and not much more nothing?“

I see, everyone has already noticed, this question is thoroughly unscientific. Who tells me that being is at all? Such a drudgery, unbelievable, grossly negligent – so much unproven assertions in one sentence, but let us generously ignore it and turn to the main point.

It is being – not nothing.

Being is therefore good and exemplary. And nothing just mentioned, but somehow something that you want to get rid of. It’s like opening the door. It’s a stormy cold winter night. Sitting in front of the door, half-frozen, trembling, and to the heart, a small puppy is suffering a softening – and a cockroach next to him. Both are suffering, but only one will be saved, if we do not crush the cockroach immediately, it must stay outside. Neither the puppy is responsible for being part of puppy-being, as the cockroach is for its cockroach-being, both are outgrowing the all-encompassing being as being. And yet we call that one sweet and the other disgusting. The being that we embrace like a sweet puppy, and at best ignore the nothing we trample. They cannot help it.

However, Heidegger, Martin Heidegger, took both the puppy and the cockroach, took care of them and hired them and set them up. And by a single, small gift that only a cockroach appreciates, probably, or all those who are struck by fate as cockroaches, so in the eye of the human observer.

Heidegger said, „The nothing nothings.“ That is, he gave the poor little nothing a verb, and now it can pursue in all times an activity, a non-appropriate activity. Brisk and happy and cheerful, maybe even singing to itself, can do it, namely nothings. Now it can nothingen. It may have nothinged yesterday. When friends come to visit and ask, what did you do yesterday? Can it say I have nothinged, I’ve made a feast, but something like that, and tomorrow, yes, I will nothingen. And if it gets sick, it can say I would nothingen or – with a little sadness – Heidegger, I could not have nothingen, because I knew nothing about it.

Now nothing has its own verb. And I do not know if Heidegger harbored and cared for the cockroach, but he knew no difference between puppies and cockroaches.