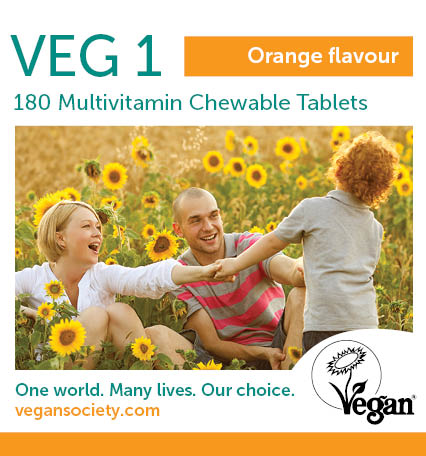 Dear Mr. Carnivore!
Thank you for your very illuminating letter. It fertilizes the intercultural discourse between carnivores and vegans, knowing how the other person thinks and above all how he argues. Furthermore, it is clear that there is still a great deal of ignorance or non-knowledge-wanting, and that ignorance or non-knowledge-wanting is far beyond knowledge. The first crude misunderstanding that makes it difficult to deal with each other is the belief that vegans have something like a moral code that they all have to follow, one from the outside, as we say. of religious communities or dictatorial parties. It is interesting to see how the previous experiences of others are once again imposed on others, above all the hierarchical, paternalistic thinking that between vegans do not exist and cannot exist at all. And for a very important reason, to anyone who is still unfamiliar, written in the studbook.

Vegans do not belong to any religious community or sect, nor to any party with a fixed statute. They are as different as people are different. There is only one thing that fundamentally unites them: the desire to cause as little harm as possible. This means that everything that a living being is exploited for, whether that is what comes from the body or the body itself, is omitted. That is the minimum. And for the beginning it is a big, essential step, not only for personal health, but also for the environment and therefore fellow human beings. Vegans are decimating their ecological footprint by conserving resources by avoiding animal foods. However, it is still reprehensible to ask, what do you do to reduce your ecological footprint. It is a question that should be thought-provoking, not a moral reproach. That it is so understood says a lot about the one who thinks he is under attack. Where does it come from? Maybe from the bad conscience that you have yourself and now projected on others?

Living in a way that does not cause suffering is completely impossible, in a world that is far from perfect. Even vegans do not leave their bodies to microorganisms that attack and destroy him. They go out of the house and with every step it can happen that creatures are trampled, because one cannot appear so attentive. That is the eternal blemish. There cannot be a perfect life in a world that is not perfect. Therefore, there are always borderline cases, such as the question of whether pets are allowed or just moth traps. Pets are deprived of their freedom, their opportunities for development and moths in this case of their lives. It would be a way to find the moths out of the house without killing them. We are always open for suggestions.

Of course, there is no life worth less than the other, not even that of a moth, but it is curious that people worry about the welfare of moths, which have no problem with billions of animals systematically exploited and destroyed, so that the earth, the air and the water are contaminated and thus our livelihood. It is a sign of how deep the ditch is between one’s own actions and one’s own moral claim. Hardly anyone will say, yes, I want other creatures to be tormented, exploited and destroyed for me, and yet you know that it happens for them. Exploitation alive for your personal satisfaction. I realize that you have to cope with this, and the easiest way is to distract from the displeasure of your own actions, by desperately picking out even the slightest moral offenses of others, and then being able to continue to live in peace as you do so far, because if the others are not morally perfect, then I do not have to be.

Vegans are, without saying or even wanting to, the living, guilty conscience of those who still kill, rape and exploit, but instead of changing that kind of crime, you better turn against them. They shake you out of comfort and question the certainty that you are a good person.

But I’ll give you a suggestion, just give it a try, start with the VeGuide. You will see that you will feel fitter, healthier, and energetic in no time, and your wife will also appreciate it as your potency improves.

We hope you enjoy discovering
Your vegans

Ein Gedanke zu “The Moth Trap or The not perfect World”