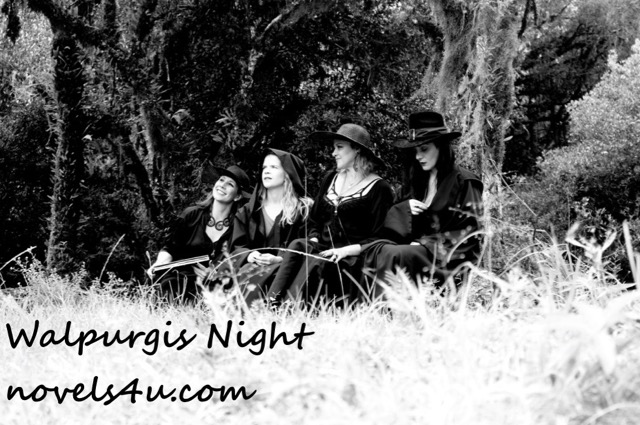 The flames raged violently skyward. I had kindled a big fire, here by my lake, on that special night, and they had come to celebrate together, all the special women. They did not ride on brooms, and there were no black ravens or black cats on their shoulders. But the animals had joined us, lying by the fire and feeling well. No, it was not wild and ecstatic dancing around the fire. The women sat or stood around the fire. They talked. Now and then you could hear a laugh. From time to time, a song was sung, and the meaning of the common band lay around us like an invisible bond, without constricting, just connecting. No, they were not all red-haired, but as different as women are, and yet they were similar in many ways.

It does not count as long as you’re fine. Maybe you are a little bit ashamed sometimes when you think that you needed her help. Maybe you’re trying to erase that thought from your head. It was nothing more than a moment of weakness in which you let yourself be helped, in which you meant to depend on her, but now that you were well again, now you could not understand that it existed, this moment of weakness and openness. You are strong and independent. Never again would something like that happen to you. Never again would you depend on her or anyone else.

They talked quietly, the women, around the fire, and they knew how to help their powers and their possibilities. You would come back and she would be there for you.