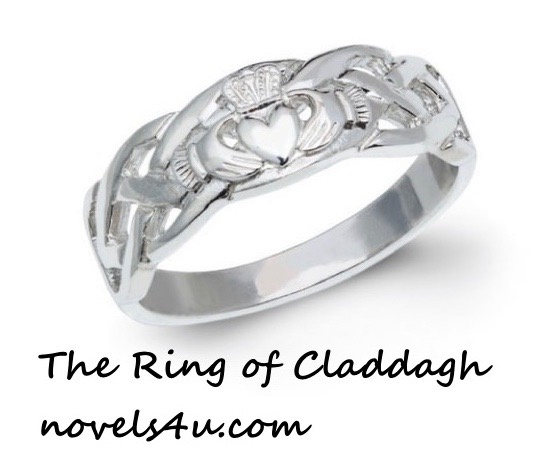 It was in 1660 when a baby was born in Claddagh, a suburb of Galway. And it was a boy. His name, Richard Joyce. His parents were poor fishermen. Richard grew into a handsome young man who, as soon as he could, supported his father at work on the sea. He fell in love with what was said to be the most beautiful girl in the village. Her name is left unmentioned. And yet I do not want to leave it that way, not because of the missing name, but because of being pretty.

Imagine, it was the end of the 17th century, around 1680. Life was hard and depriving, especially in such an inhospitable spot as Western Ireland is. There you look at other criteria. That’s why I say he fell in love with the most industrious, strongest, wildest (the wild women come from Ireland because of the Celtic heritage) woman of the village. That would be appropriate. Beauty does not help to survive. Often the opposite. The families agreed to the engagement.

From that day on, she accompanied her fiancé to the ship every morning at sunrise and picked him up every night. It was only a few days, there should be the wedding. Again, she accompanied him in the morning, but when she hugged him, it was different than usual. It was a hug so strong and heartfelt, as if she never wanted to let him go, even though she knew that was not possible.
„Do not drive out today,“ she wanted to tell him, „because if you go out today, then you will not return.“ That said an inner voice, but how should she have justified that? How to prevent him from going out? His family and he were dependent on this work. So, she said nothing, hugged him in silence. At some point he broke from her embrace.
„See you tonight,“ he said before he got on the ship and sailed away. She watched for a long time, long after the ship had vanished from her sight, before she could finally break away and turn to her work. In the evening she found herself, but no ship touched. Not this day, not the next, not the next. So, passed week by week.

„He’s long dead,“ her dad said every day, „look for another.“ Because he finally wanted to get her out of the house. After all, it was necessary to stuff 12 hungry mouths. It could not be early enough for the children to move out, but she remained unperturbed. And the weeks became months.
„He has roped off,“ whispered the girlfriends, „And found an almond-eyed beauty,“ „A rich one,“ „And then look at it, as Irish as you look, colorless,“ “and they smell so good, this exotic women.“ But she was not deterred by that either.

She stood at the dock, looking out at the water, thinking that he was the man to live and fight alongside, a friend, a lover, and even if he never actually came back, that was her decision to love him, to be faithful to him, one that belonged to her, independent of everything else, even of him. She had decided to love him, she decided every day anew. And yet she was convinced that he would come back someday. Thus, Irish rainy spring turned into an Irish rainy summer into an Irish rainy autumn into an Irish rainy winter, again and again, so that year after year passed. The pressure of the father became more and more strong, as well as the mockery of the girlfriends, but she was not deterred.

„Come to the pier, a ship is coming,“ her smallest brother cried one day in 1689, and she ran as fast as she carried her feet to the pier where a ship docked, just as she reached the jetty and Richard came aboard, walking tentatively toward her. Many years had passed. Nobody knew what had happened, but they looked each other in the eye and that was enough to be sure, it was as if they had just said goodbye this morning and not a few years ago. And it felt like they were hugging as well. Then he took a ring from a bag, and grabbed her right hand, on which he pushed the ring.

„I’m on that unlucky day,“ he began to tell, „kidnapped by Algerian pirates. These sold me and the rest of the crew to the Moors in the slave market. I met it relatively well, because a goldsmith bought me and I graduated with his apprenticeship. Now that William III had ascended the throne, it was negotiated with the Moors to release all slaves. My master did not want to let me go. He offered me his daughter’s hand and a stake in the business if I stayed, but I wanted to see you, „he finished his report.

She looked at her hand. His masterpiece, which he had secretly made for years, was on her finger. Two hands whose fingertips touched as a token of their friendship. In the hands, held by these, by their friendship, the heart, as a sign of love and above all crowned the crown as a symbol of loyalty.