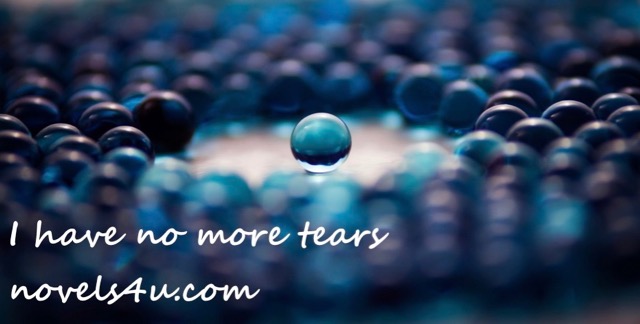 It was a few years ago that I was finally able to remove the glasses that I had been put on and strapped on at some point, the glasses that blinded the misery and suffering and fooled me into a perfect world and innocence, as well as trust in the people who explained me the life as they saw it. I could not help putting my glasses on. We all get our own glasses, which familiarize us with lies and hypocrisy and double standards. But whether we set it up or drop it is at our discretion. Most of us keep them for life. It is also much easier not to look, because then you are not responsible. When those people are asked to take a look and they see something that does not fit in the picture their glasses show, they respond with denial or self-pity. Then they put the glasses back on, pull back into their illusory world and are happy in it.

When I finally dared to look over the edge of the glasses, at first only that, I got a first impression. I saw the misery of the masses, a small part of it. And I saw your eyes. A piglet nudging the dead brother, imprisoned in his dungeon, next to the immobile mother, did not want to understand that his brother was not alive, did not move. There was an infinite pain in those eyes that met me and silently asked, „Why are you doing this to us?“ Yes, that’s me doing that. Even if I have not locked them up by hand, it does happen for my sake. Suddenly all the lies and hypocrisy and double standards around me collapsed. All my life, I had played this game of hiding, getting myself harnessed for maintenance. And I cried like I had never cried. As if the tears would never end, about the misery and the lies and my betrayal of the disenfranchised. So, I took the glasses off completely. Now I wanted to see everything, unadorned and uncensored. An unprecedented pain seized me that paralyzed me. I just wanted to sit there and cry for myself because I felt so helpless. „You can do nothing“, I thought to myself, „You can only sit and howl.“ And at some point, the tears stopped and with the departure of tears, the anger came.

An unruly rage filled me, about myself and my blindness in the first place, but also over the others. But was it really the case that I could not do anything? Did I really have to watch helplessly and let the others just go on? I got up and wanted to take the glasses away from the others so that they would finally see what I saw, but they wanted to keep them, stick to them. It felt so good, the ignorance and the life as it was used to. There was too much to do, with all the things you had to do. Distraction, hide in trivialities. And my anger turned to wrath.

The wrath of those who are no longer content to watch passively but shout the truth out until it arrives until it is heard. And I realized that there were others, there were more who took off the glasses, a few, but it was. The pain has accompanied me ever since, it tears me inside, the pain of the misery that still murders and abuses and rapes, thousands of them every second of the day. And with the pain that tears me apart, so does the anger over so much ignorance and disinterest. While the dog is coddled to death at home, millions are tortured to death in the mass-abuse institutions. It is everywhere, omnipresent. The principle is the same, the belief that I am allowed to act and govern with other beings as I like, that I have the right to take their liberty and their lives just because I have thought so and I have an advantage pull from it. The pain remains and the wrath, but I have no more tears, for tears would mean relief, but as long as it is as it is, there must be no relief. Only the constant commitment to a system in which life is nothing and death is omnipresent. A system of inhumanity and moral neglect. And tears have no place.