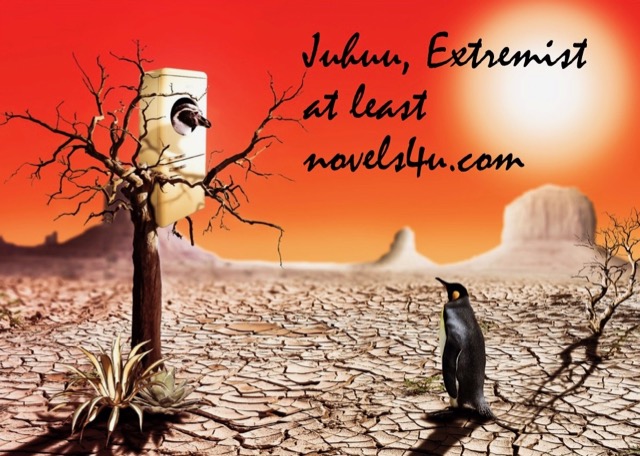 From time to time I am accused, subordinated, thrown back or even briefly attesting that I am nice and good and bourgeois. Well, that’s just how it is. No one can get out of his skin. It’s true, of course, that I’m anxious to mediate and all these terribly virtuous things. A little naive, maybe. Not that I wanted to change my mind, but a little bit daring, that would be something. Since a new hairstyle alone is not enough. So, what could I do? Commitment – that was it, and so I took to the streets, not to get to the nearest grocery store, but to demonstrate. For 20 years the first demo. I felt so controversial, and after a while I got on it, in the demos, at least, where I was, these were all just normal, nice people, the one common cause connected. Peaceful, accommodating, also bourgeois. Again, nothing was wrong with extremism.

But now, finally I’ve made it. I am an extremist. I did not have to do much for it, just have an opinion. If I had known, really, I would have done that much sooner. And I owe that view to a very resourceful, capable man, the ex-Nestle CEO, Peter Brabeck-Lethmathe. In an interview, he found that there are two ways to deal with water:

The extreme view of some NGOs, who insist that water is declared a public right. As a person you should be right to have water.

Yes, and I agree. There’s nothing left to be good, kind, bourgeois – no, I’m an extremist. And now do not look so disturbed. I do not take this position back. Even if the market economy explains otherwise, and this moderate point of view, said gentleman:

Other side, water is a food, and should have a market value.

And so Nestle diligently draws water, for example. in South Africa. Then, although the local population has no more water, but they can buy yes. Or 60 km from Mexico City, in an area where no wells have been dug for 60 years because of the lack of water, but Nestle draws 1,000,000,000 liters of drinking water every year. After all, man serves the economy, not the other way around, and that is why we have to submit to market conditions. When will we finally get that?

In any case, I’m no longer sweet and good and bourgeois, but extreme, so extreme that I say – people, stop buying Nestle products, help with orangutans and protect people. Again, this consumer’s free choice, Mr. CEO, is a market-driven decision. And I can tell you, you live very well without Maggi, Wagner, Kitkat, Beneful, Nescafe and much more. (A complete list can be found here: http://www.nestle.de/marken/a-z) can live. Everyone should form their own opinion. But to be able to do that, take a look at that.

And if anyone does not believe that the Mr. CEO said that, here is the proof: https://youtu.be/wzlzV7VaqCs