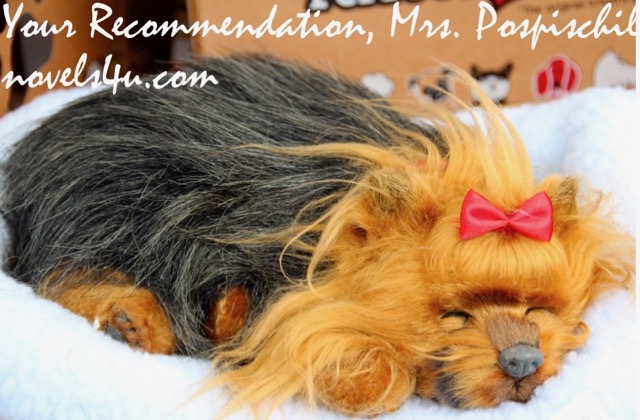 Unexpectedly, as so often, Mrs. Pospischil and Mrs. Navratil meet in the marketplace of John Q. Public City. However attentive Ms. Pospischil may be, she has seen the impending disaster too late and was unable to escape. Sighing, she succumbed to the inevitable

…
Mrs. Pospischil: A dog?
Mrs. Navratil: No, my eldest daughter. Well, she’s moved out now, and the other one, well, anyway,

I’m so lonely at home now, and so many have a dog, and my neighbor, who has one, such a

sweet, I’ll tell you that, you should see him, as adorable as he always tweaks her in the heel,

thing.
Mrs. Pospischil: So, a short-haired dog?
Ms. Navratil: Well, but not too short, maybe with a bow tie, because of the guy. That’s so cute.

That’s the opposite.
Mrs. Pospischil: The neighbor?
Mrs. Navratil: The dog, this is a male. You, Mrs. Krawani, I said, the male, who is laughed at by