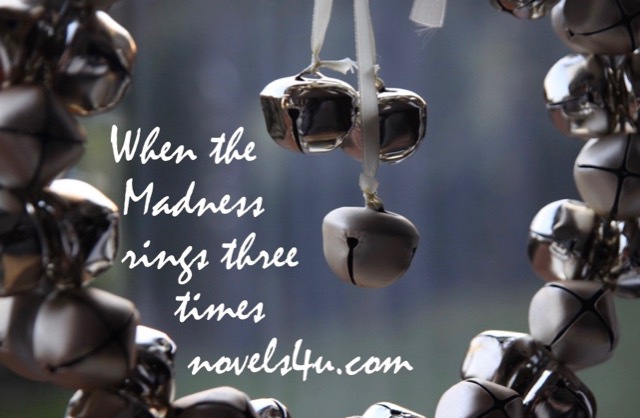 When the madness rang for the first time with me several years ago, I opened the door, because it does not belong to not open, if someone stands at the door and seeks admission. And even the madness is courtesy, because after all, he does his job. I opened, but I did not let him in.
„Hello God, madness,“ I greeted, politely, but evasively, for although I do care, I still do not know exactly whether the madness is now male or female. I incline to the view, as well as, but how do you address a both-and? Anyway, I did not want to offend him, so I remained indefinite, but the more definite in my point of view, as I continued, „I am not yet ready to congratulate you on tea.“

„Hello,“ he offered my greeting, „I am of course informed. But I wanted to stop by in person so you would be sure I was there.“ Said it, saluted the hat and disappeared.
I watched him pensively. No, I was not ready or not. Unfortunately, I was too old to fall down the stairs at the age of three to prevent further growth. I had not opposed the growth on adult size. Also, too old, I was anorexic to prevent the formation of my body on an apparently female. For all other forms, I had not accumulated enough life experience yet.

When the madness rang the bell with me the second time, only a few weeks ago, I opened the door, because I had already expected his visit, and asked him to come in and have tea with me. We chatted with each other in a friendly and pleasant way. After – in turn, the courtesy owed – the information regarding the personal well-being had been exchanged, we were able to switch to an animated conversation.
„Do you have much to do?“ I asked lightly.
„Yes, very much,“ the madness spontaneously replied, then paused for a moment to add, „It’s not the amount of work that makes my life difficult.“
„Oh, indeed,“ I replied sympathetically, but still without understanding, „if it is not the extent, what can it be then?“
„The amount always stays about the same. A certain percentage of the population, and as the population grows, so does the proportion,“ he explained thoughtfully, „but the amount would be manageable if people were not so unreasonable. There are more and more people who think they have to use my services, but they are completely useless, and then there are those who defend themselves with their hands and feet. In the old days, yes, it was easier, people knew what they were doing and took their fate. „
„From that point of view, I can understand your grief, „I explained with conviction.
„Well, you have to do your job as well as you can, I always say,“ and so he probably said it again.
„How true, because if we no longer follow our destiny, then we are aimless in this world, „I agreed, and we looked pensively out the window.
After another three cups of tea, the madness passed. I had enough time to prepare.

When the madness rang for the third time and three times, I opened the door for him, like an old, well-known acquaintance, whom by now he almost was. I invited him in and showed him his room, which he would then inhabit. He sat down at the window and looked out into the night. I put up the tea water. Everything was as usual.