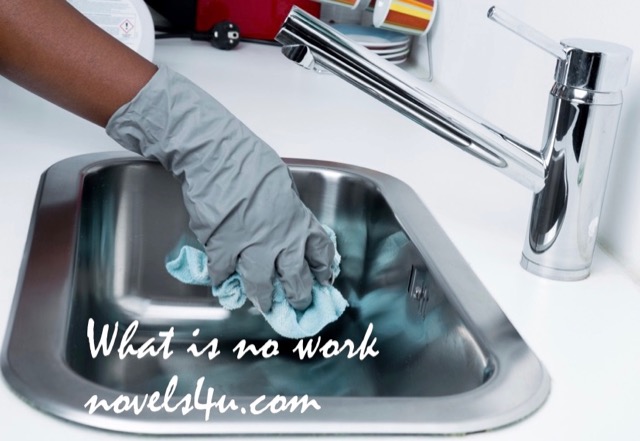 „That’s not work!“ Was the sentence in her family. When she was very small, she was put on her chair while the parents did what was work. Sometimes she also came to the grandparents. „After all, they have nothing to do,“ they said, „They can drive all day Saturday, Sunday around, just for fun, while we toil. They can take care of the child just as well. That’s not work! „And that’s why she almost always came to her grandparents when they could. Even on vacation, they drove with her, sometimes. On cure, and there she sat, among the old people. The other children went on vacation with their parents. Therefore, she could very soon play adult card games.

Then she came to school and that was good. She was out of the way all day, with homework help. „That’s not work!“, It was said, if the grades did not correspond, „If we had the opportunity to learn, then we would not have to work so much now. But we did not have her. We always had to work, but you, you just sit around and have to put your nose in the books. Instead you are dreaming of yourself.“

So she struggled, for whatever reason. If what she did was not work, then it had no value. Why did she do it then? Maybe because she hoped, over and over again, that she would get some kind of recognition. So, she graduated high school. „Thank goodness we did it,“ they said only. It had been noted. At least that. That she was so drunk that night that she did not come home was not even noticeable. The parents were tired. And when she graduated, there was no one there. This was not noted. Not even that. The second was a little different. There were the parents there. However, they came too late, as always, because the work is interrupted only at the last moment.

„Now you could finally do something!“ It was said. And she struggled. Maybe there was something else, but what else should there be? But then it was not as she had imagined, because she became a mother. Two times. She decided to dedicate herself to the children, defying the prevailing social currents. At least the first three years.

„But when do you intend to work again?“, She was discreetly asked every time the child was six months old, „It would be time. I know others, imagine, they will go back to work after eight weeks.“
„And what are you doing with the kids?“ She asked back.
„You give her to a childminder,“ was the answer.
„So I give my children to a childminder, so that makes something, what is work then, but if I do it, no?“, She asked.
„Well, you cannot do that. After all, why did you study, if you do nothing but fool around with the children at home? „She was asked.

And she was also doing things that were not work. She took care of the children and the household. But in the evening, when others sank tiredly from work into the armchair, she dared not, because after all, she had not worked. But if she did not work, then she should not be tired. Of what? Should she admit she was tired of not working? And so, she forgot to sleep as if she had no entitlement to a peaceful sleep. Then she started to work again, to work properly. Half day. Again, only half a day’s work. Later it became more. But no matter what she did, as soon as she started to enjoy herself, she stopped, because if it’s fun, it cannot be work. And if it is not work, then it is worth nothing. Nothing was worth what she had done. Her whole life was a single string of things worth nothing because it was not work. And if her life was worth nothing, then she was worth nothing. At last she sat there and wanted to write a CV. After much deliberation there was a sentence: „That was all no work!“ But that was not useful. That’s why she crumpled the note.

2 Gedanken zu “What is no work”