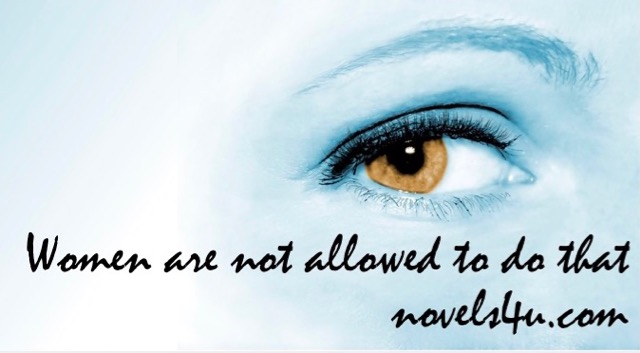 He stood relaxed at the bar and let his eyes wander around the room. A hard week was behind him. Now he wanted to land a sting. He had earned that, as he said, almost for personal relaxation. Basically, he had achieved good results in this bar, so it was his first choice, but today the viable girls seemed to enjoy themselves elsewhere. He had already consumed a full hour and two beers, but no victim showed up. He decided to finish drinking the malted drink that had begun and then to go to another place of work. Then the door opened and a horde of chattering, giggling women entered the room, just at the moment when he swallowed the last sip.

His eyes followed the group at the other end of the bar. A jumble of high heels, long legs, short dresses, rocking hips and breasts ordered the waiter. „One should never give up too soon,“ he thought to himself as his tongue rode over his lip with relish. He did not notice. This happened automatically at the sight of fresh game. Actually, it did not matter which one he ripped open, but he did not want to make the matter unnecessarily difficult, so he looked closely at the herd. He could rely on his feeling. Unerringly, he would find out who was willing to follow him. Of course, she was not allowed to be unattractive. He had his strict rules. Finally, he had a reputation to lose. There were not a few who were impressed by his arts, even took advice from him.

There were five, in number. He quickly subjected them to his examination, after which only one remained. High Heels wore her, like everyone else, but those heels were so high and pointed that you had to carry a gun license elsewhere. They shone silver in the light of the bar, like two knives. The long, straight legs, not too tight, but not too thin, just right, were packed in black nylons, wearing a black mini dress that was so short that the approach of the lace on the stockings was more than just could guess. The cleavage also gave a deep look. The lips were sensually curved, but not too voluminous. That was important to him because he appreciated a good blow job. As sprayed lips were often obstructive, as experience had taught him. The dice had fallen, so he got up and headed straight for his victim.

He grew up right in front of her in all his size. His appearance was impressive, he was convinced of that. His body was steeled, with broad shoulders and narrow hips. Actually, he was one of those men who every woman should feel honored to, even if it only received his attention.
„Sweetie,“ he began, fixing her, „You’re not unattractive appearance really only comes into its own next to my luxury body.“ He waited anxiously for the usual reaction. A cautious giggle, a quick coquettish look, before she lowered her eyelids in embarrassment, following the enviousness of her friends, who silently wondered why he had just chosen her and not any of the others. But something was wrong, because she did not show any of these reactions, more than that, she did react as if she had not even noticed him. What should he do? Take the well-ordered retreat? No, he could not afford that nakedness. So, he took one step closer to her and repeated his so elaborate sentence. Then she turned to him at last, but even this reaction was very different than intended, because she looked at him, just plain, open and blatantly. What’s more, she looked him over from head to toe, making him feel like a bull at meat inspection. She was in control, with that look, and it was obvious he failed in that test. He felt like he was getting smaller.
„Sweetie,“ she finally replied, „Go back to the sandbox and play with the other kids.“ Then she turned back to her friends, who ignored him.

Now he had actually caught one of these emancipates. It was also unfair. Earlier, they were recognized immediately, by their masculine, dogged demeanor, but now they dressed like real women, hot and sensual and desirable. And then they finish one, just with that look that turned the roles, claiming control, not letting go, but taking. He was disempowered, dethroned, and no, women are not allowed to do that.