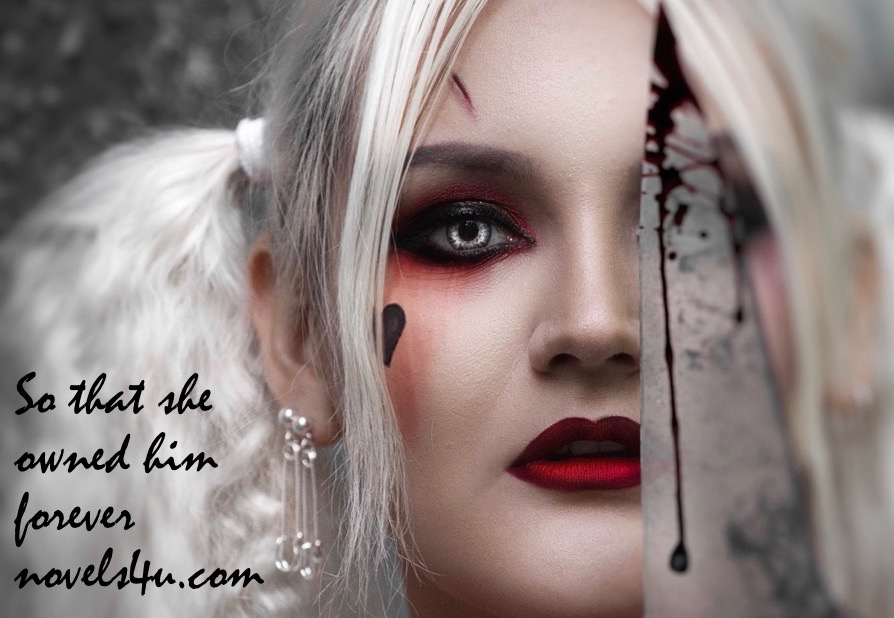 „Eat the meat!“, she snapped, then mildly, almost gently, „It’s crunchy on the outside and tender on the inside. The way you like it. Just as you like it, I have prepared it for you. Does not it taste you? It does not taste good! „, And her voice transformed from the melodious into a hysterical screech,“ It must taste you. It has to taste you. What kind of man are you if you do not like meat, crunchy on the outside and tender on the inside. „She stopped. He stayed silent. He had nothing to say. Nothing to do. Just to sit there, to stare at the meat that lay on his plate.

„It was a declaration of war,“ he thought, „and the battlefield was the table, the first enemy confrontation was his plate, her plate, a declaration of war, just something was wrong, could not be true.”
„Right below the rib bow it sat, the meat on your plate, which I prepared for you, cleaned from the blood, away from the filthy guts. Animals are so disgusting when they die. That’s when you understand that you want them to die. When they live, they are unaesthetic. They break my order. My cleanliness. My house. My world. If they die they are disgusting. Only when they are dead, you can clean and gut them. Then they are beautiful. Like the piece on your plate. And now eat it, damn it! You ruin my life, my work. I have made it beautiful for you. With the sharp knife I broke it up and wiped up all the blood, cleaned the intestines of the feces. It was nice then. I took the knife again and disassembled it. Chop. Ribs. I froze it and prepared the finest piece. Crispy on the outside and tender on the inside. „And as if she still had to prove her deeds in the field, she left the sharp knife with which she had freed the living body of the animal, her adversary, from life so that nothing remained as dead corporeality, whiz on the table.
„It cannot be right,“ he thought to himself, but he tentatively picked up the silverware to do the first cut. In fact, it was crunchy on the outside and tender on the inside, just as she had said. And he wondered for the first time where this meat came from. He had a hunch that was so terrible that he did not dare pronounce it, especially since she still held the knife with her fingers, so tight that her knuckles were white.

„Eat your meat!“ She snapped again, „Eat it. It is yours. You had it. You will eat it now. Do not always do half things. It should be completely yours. And I made it so that it can be all yours, so that you are completely mine. Your body, your life, your doing, your day, your night, every single minute, every single second until the end of your days. I alone determine what belongs in your life and what does not. You see how easy it is.“
„Did I get that right?“ He wondered as he looked at her, stunned, „But no,“ he soothed himself, that cannot be, she would never do that.“ And he actually knew better. Much better. But it’s wonderful to rest in the not-knowing-will, and so he finally managed to put the first bite into his mouth. It tasted sweet and seductive. Quite the blood had not been washed off. It was still in the cycle of life. She actually tasted a bit like his lover. That pleased him. Sweet and beguiling and so without any desire to own it.
„You’re my good boy,“ she whispered as she finally put down the knife. It was no longer necessary to keep it. There was no danger. He would remain obedient to her, also because he had no choice. Not any longer. She had everything under control, planned and controlled. It was enough to eat that meat that he could never escape again, the flesh she had given birth to in an act of love and sealed their forever. And she had broken it up.