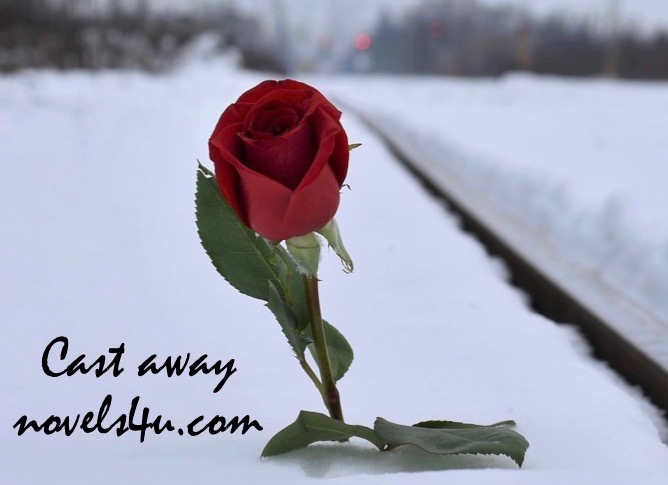 A flower on the edge of the path. A small inconspicuous flower someone had picked because he liked it. Then he had taken her for a while. It had become too much for him, probably because she lost her strength and beauty. He had finally separated her from her roots. She stopped pleasing him. What’s more, he did not want to carry her any longer, nor was he responsible for his actions, as he had just picked her and taken her with them. That’s why he threw her away. Then she lay there by the wayside, because she had no choice. Nobody paid any attention to her as she slowly wallowed, uprooted and homeless. There were just too many of them. It seems so natural to us. Pick and throw away. It is not worth the effort of a thought. It’s just a flower. Nothing but a flower.

But for this flower he was the world, he who picked and took her. He had made no promises to her, but she still believed because he could not be so cruel that he simply picked her and then threw her away. She would not have believed it even if she had been shown how many flowers had been picked and thrown away, because then she would have said they were others who are just like that. Of course, there are those who are like that, but he would be different. It would not happen to her. Definitely not. And why not you? What would be so special about her or him that he would not throw her away after she started to fade or he just found another flower that appealed to him more so that he looked down at those in his hand and realized that he was actually had enough of her again and wanted the other? Nothing would be special or different, but he would not just throw her away. She was convinced of that. He had finally known what he was doing when he picked her. Surely, he had known, but in the end, he did not care, because he found a new flower, so he threw it away despite the knowledge. After all, it was she who was thrown away by the side of the road, unnoticed, unnoticed while treating the new flower as well. But that was no comfort.

The flower that lay by the roadside, slowly wilting, fainting, dying, revived the time he had chosen her, the time he had held her and made her protect her want, because she was not some flower among many others, but a special one. For him. And she had never wanted more than that. She thought of the time when he was carrying and keeping her, from the weather and the rigors of life, so she actually thought she could trust him. Unlike others. The one she had sent away, for she had wanted to pick her often. Then she had absorbed herself so that she was overlooked. How easy it is to draw attention to others. And while everyone else around her was already picked, she was still there. Then he came and she got plucked. She had believed it.

The flower lay on the edge of the road and on its last legs, as a long-suppressed image rose inside her, an image that she had displaced because it hurt. One day, when she was just beginning to bloom, someone had come to look at the flowers. One of them had done it very special. Again, and again he came over and looked at this one flower. He did not seem to notice the others. However, he did not pick her, but one day came back with a pot and a shovel. Carefully he dug her out so that not even the finest root was hurt. The pot was filled with nutrient-rich humus, in which he bedded her and carefully strengthened the black, rich soil over her roots. So, he took her with him, to himself. And actually, it was the only way to take a flower. Everyone else would have to know at the moment of picking that one day they would land in the ditch next to the road and stay there. Cast away.