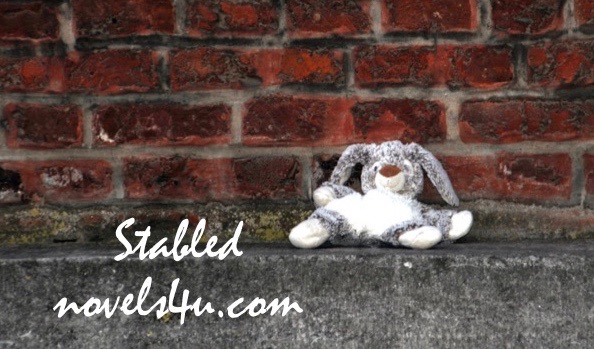 It was as if life had dissolved, lost all reliability. Yesterday, everything had been very different. Yesterday. And today. Laughing and joking in the connectedness and in the coexistence. It had been. Then I left. Only a few hours. It was already morning, so not really yesterday, but today. So, it did not happen from yesterday to today, but today, between morning and evening. Sometime in between. I had no insight into the circumstances or developments, only the result I saw, I felt. This morning still. Between morning and evening. It had happened. And I did not even know what.

The sun had just risen. I could watch it through the window. Radiant and inviting was this new day, contagious, so that I too beamed and invited myself to live this day. It’s not hard to be persuaded to live happy, immeasurably happy. Nothing and nobody would cloud that happiness. When you are in the middle of things, even in happiness you are always inclined to believe in eternity. Eternity slumbering at the moment. A commitment. A promise. I felt saved, in you and in the certainty,  you gave me. That’s how it seemed. And when I returned, everything was different.

One last kiss, a release from your embrace, to go out into this world that I thought was waiting for me to bring out the life, to be contagious even in the radiance of happiness. It may be. It is possible. A message of the indispensability of life. That’s how the day was fulfilled. From morning to evening. From the moment I left you until the moment I returned. A few hours of liveliness and joyful anticipation of the coming. There were no omens. Not the least that something could be different. I had not guessed it. I could not guess it. And I would not have believed it. It was only a few hours. There would have been no place, in the midst of the certainty of togetherness and of you.

To make my way to you. A path that I had mastered so often, each time with the same anticipation, but with more and more security. In the beginning, as it could have been, I still expected that everything could be different, even from morning to evening, but from time to time I became more secure. Also, because I thought I realized that you too were happy. You did not speak of it, but I trusted my feeling and you. Especially you. And when I arrived, you looked at me and even that look was irritating. So far away, emerged from a distance that was not accessible to me. Looked at me as if you were surprised that I came. Surprised that I existed. As if you had forgotten me, in the few hours from morning to evening.

But I was there. You took note. No more. And because it’s so common to be greeted, you shake hands with me, in the way you greet a stranger you’ve just met for the first time. I almost expected you to ask me for my name, but no, you did not forget that. Or it did not interest you, no more, like me. The hand let go of mine again, so that you could turn away and away from me. You did not say anything, just put me down, like a chest of drawers or a side table or a floor lamp. No, you said nothing, but I felt it. I stood there and did not know what had happened. I waited. Maybe something would happen. When I had waited long enough, I went again. And you did not even notice it.

I went, because I was neither a chest of drawers nor a side table nor a floor lamp, and you actually did not need these things, because I had no more space, no longer in your life and not with you. And I did not know what happened was, between morning and evening. It would not have changed anything. You had turned me off. And would not pick me up, just like that and without a single word.