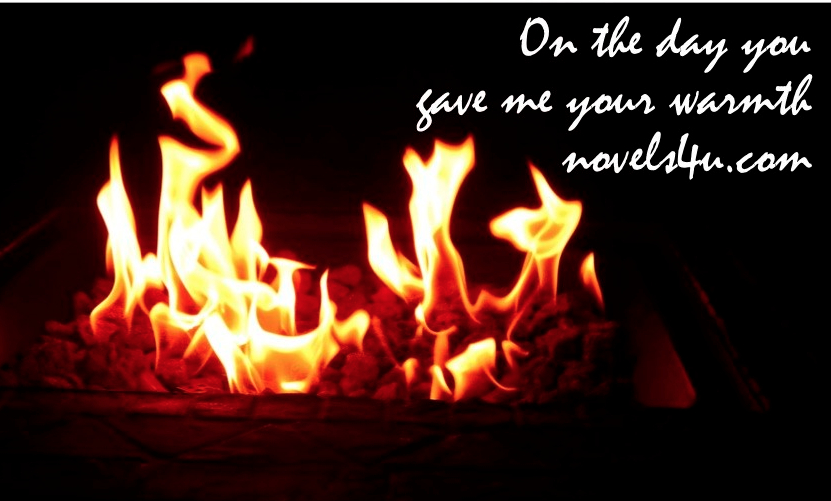 … was winter. It had been snowing continuously since the early morning hours. So, it was a day when it was good to pick yourself up at home, if you could. There is enough to do. Again, and again my eyes wandered to the window to check if it had not finally eased a bit, but it was snowing in undiminished intensity. Slowly the dogs became restless. They wanted to live out their urge to move, but it did not work. I offered it to them a few times, but they just stuck their noses out and immediately turned around to curl up, hide from the bad weather.

My dogs wanted to go out, but not in such a weather. Again, and again, they looked at me as if I could change that. In addition, one must know that my four-legged friends are fair weather sunshine dogs, originating from Africa and without undercoat. Water from above, in whatever state of aggregation, is an abomination to them. Therefore, it was time to wait. But even the worst snowfall at some point after.
„Now is the right time,“ I finally announced, as only a few isolated flankers fell from the sky.
„It’s always the right time for anything,“ you replied, without looking up from your work.
„That’s true, of course,“ I said amused, „but in that case, it’s the right time to take a walk. Are you coming with me?“
„No, I cannot“, you refuse, „I have to finish this urgently.“

So, all three of us, were outside a few minutes later. My fur-covered four-legged friends jumped over the snow cover with the greatest enthusiasm, sniffing with the utmost dedication and had a great time. And I too enjoyed the fresh air. Sometimes it’s good to go alone. There is so much to rethink, thoughts that are not yet formulated or are forming. To find them, first and foremost for myself. This is only possible in silence and alone. But of course, it is also nice if you accompany us on these walks. It is good to be able to tell you about my thoughts, or to keep silent with each other. The silence, the landscape and the togetherness to enjoy the shared experience. Both are good. It’s good as it is. Also, because the snow was holding back. At least for now. We were only a few hundred yards from the house when the snowfall resumed with a breathtaking intensity. In addition, there was a strong wind, which made it almost impossible to keep one’s eyes open. Blindly, we made our way. It was only good that we knew it so well, because it was hardly possible to exclude anything. Within a few minutes, a snowpack had settled on us. So, we tried to reach the place as soon as possible, where we could leave the door behind us and let the snow outside. Finally, we turned into the driveway. Only a few steps, then we were at the finish, over and over white and soaking wet. We bagged the snow from us at the front door as best we could, then we entered the anteroom. You were already there armed with towels to dry the dogs and help me out of the wet clothes. I realized that I had got wet except for the underwear and froze pitifully. Only then did we go to the living room.

„When did you do that?“ I asked incredulously, „I thought you had work to do.“
„I did, too“, you replied smiling, „But then I realized how the snow drift started and I thought, you’ll get a little wet.“
Therefore, you had made fire in the fireplace and before it prepared a cuddly camp from blankets and pompoms. Next to the fireplace stood two steaming cups of tea. Also, on my favorite biscuits you had not forgotten. It looked so cozy and homey. It was how it should feel to come home.

So we cuddled under the blankets in front of the fireplace and enjoyed the tea, and as I curled up in your arms, I was not sure what warmed me more, the fire in the fireplace, or your hug or your caring.

2 Gedanken zu “On the day you gave me your warmth …”