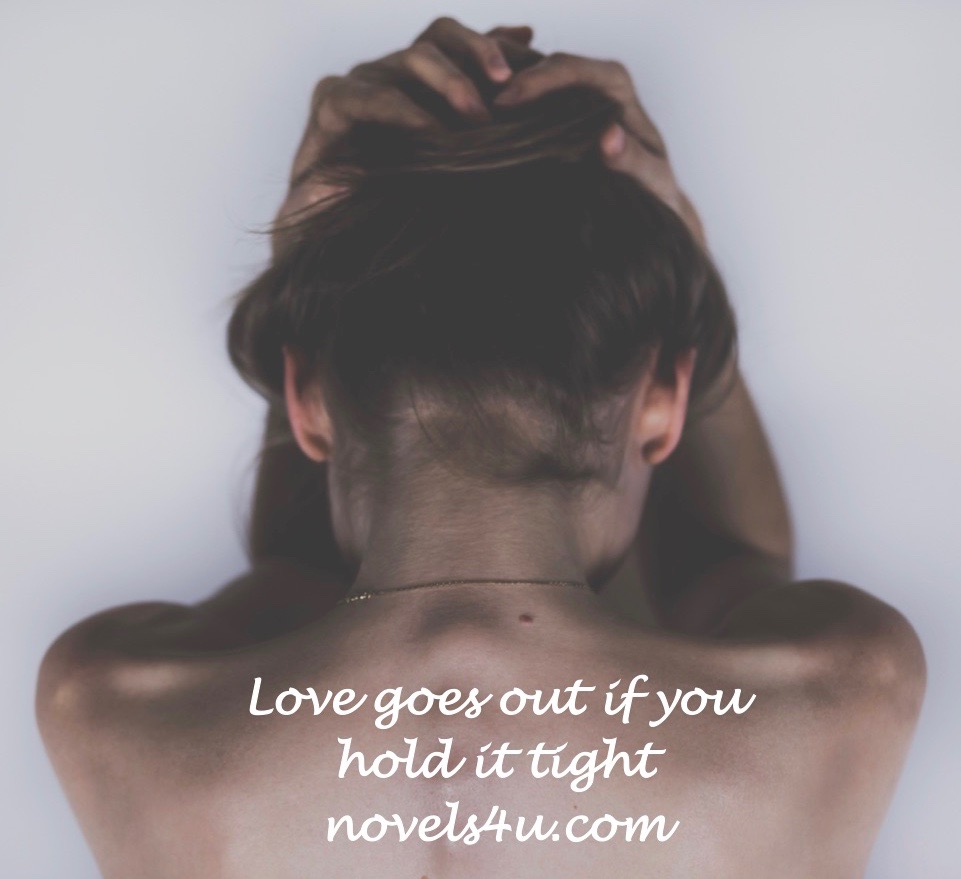 So I told you, from my experience and my cognition, from the symbiosis of the head with the heart, the pragmatics with the love. And because you are a man, you have been able to gain something from the idea of freedom of domination as long as an idea remains and you the Lord. Domination could be abolished elsewhere, but not with you. There remained the head over the heart. As it belongs. As you said. And I looked at you in disbelief, first of all, whether I had understood correctly, whether I had not interrogated, because I had appreciated you, even as someone who knows the comprehensive, burning passion for life, also for freedom. But when I looked you in the eyes, I knew I was wrong. Maybe not wrong, but you had just credited something that you could not afford. It hurts, it hurts so much, as the recognition of the truth so often hurts, but I could not stop, the picture I had once seen no longer pay off. It was indelible in your eyes, just like any other. The image that I was blinded and deceived, including your ability to love and hold a candle so that it did not go out, even in the rain.

Even though I knew you could have loved me if you had managed to leave behind all the pettiness and stubbornness, the sullenness and the suspicion, the double standards and the hypocrisy, the dubiousness and the mendacity, if you had had the courage to see the light instead of the darkness, the hope instead of the hopelessness, the uniqueness instead of the mediocrity. You could have loved me if you had not been so scared to let yourself in on the all-encompassing of a love that knows no bounds, no rules and no compromises if you were not so pinned in yourself. You would have been able to love me.

But I also saw that you did not allow it, neither you nor me. Therefore, I rose, absolve you, even a commitment that was not meant seriously, could never be meant seriously, absolve yourself of a responsibility, even for you, so I released you, and me. You, to stay, in a world of domination and clear structuring, a world of commands and obedience, in which everyone knows where his place is, where you felt good, because you knew everything and everything was in order, in which one could need no new insights, certainly not one, by which you as a gentleman were thrown out of the rule and the head no longer ruled the heart. To find a place where this realization is fruitful, a place where there were people who knew about their power, even to promote life, to reduce suffering.

Only once did I return, seeing how you held the candle, with both hands. Around the candle were your hands. Precisely because you were holding on to it and you had not learned to hold on otherwise, and you knew no other than that you took both hands to it. Hold on tight. But the rain came from above and while you clasped it down, you wondered why it kept going out. So, I had to go back to tell you that all you had to do was take one hand away from clinging to shield the flame like a roof. But you only looked at me because you did not understand. So, I showed it to you. You tried to imitate me, but you did not feel well if you did not put something in the stranglehold that you wanted to keep. What you possessed had to be lifeless, so as not to move, not to change and to have no knowledge. Even at the price, that there would be no light, because it went out in the rain. And again, the pain went through me like a burning arrow, again confirming to me that there could be no acceptance and no coexistence, that the surface pervaded, in a world in which it was not possible to love, to love without over- and submission, without pettiness and possession thinking. So that I finally left you, and took nothing with me as the pain of a love, which went out like the candle in your hand.