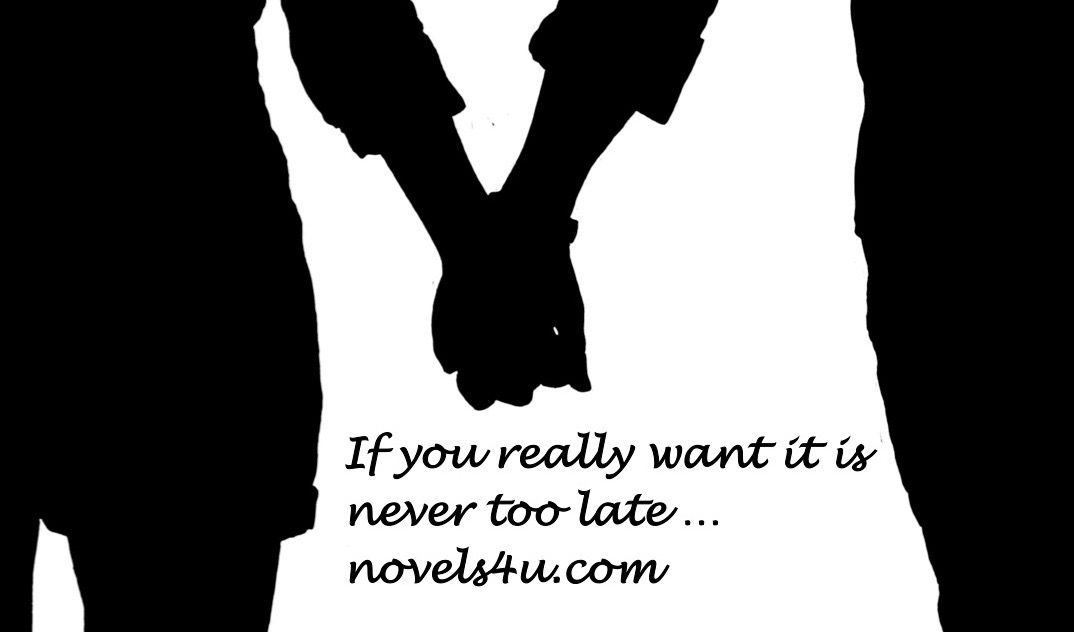 Pleasant she had escaped the rush hour traffic. Since she started working later, she was barely stuck in traffic. But she also accepted to come home later. No matter what, whether it was six or eight in the evening, she always found her husband in front of the television. Tired and exhausted she felt. The day had been exhausting. Maybe she was lucky and he would already be in bed. Since the children were out of the house and no longer serving as buffers, their togetherness had become extremely exhausting. She had thought it all so beautiful, again time for herself, together, in peace and familiarity. They did not find either. There was nothing more to say. Somewhere between the beginning and the now that had been lost. Often enough, she had racked her head where it had happened, until she finally had to admit that it was a creeping development.

Every time she postponed something later, she had grown alienated and indifferent. Now this would be later, but it felt like too late. Just slip into bed, close your eyes and forget that, she would like to do that. Exhausted from half a life full of shifts and consolations. „Always on my mind“ played it on the radio. She turned off. She really did not need that. But there was something else, something she did not know how to interpret. A few months ago, her husband had begun to train again. Secretly, at least that’s what he thought, but how was she supposed to escape if she found his training robe in the laundry? She almost laughed at his naivety, if it were not too serious. Was there maybe another woman in the game? She knew her husband well enough that she could say with certainty that he was not doing it without good reason. And actually, this good reason could only be feminine, also because she remembered all too well that she probably had not fallen in love with him because of his well-toned body, then, so long ago. She smiled involuntarily as she thought of that. He had looked so good, so tall and strong, and how he had held her in his arms. Energetically she turned off the engine and her nostalgic thoughts. That was finally over. For a moment she sat still before she opened the car door. She could not escape. There was no point in delaying it. Determined, she opened the car door, got out, balanced herself, which was not so easy as she had to get used to wearing high-heeled shoes again. Maybe she would stop it again. He did not realize it, but he had always liked it so much. But that was earlier, much earlier. Angry at herself and her inadequacy, which she now clearly felt, she slammed the door. There was something cold on her neck. Involuntarily, she cried out before fainting.

He was not really prepared, probably did not expect it. Instinctively, he had grabbed one arm under her shoulders and pushed the other directly above her knees under her thighs so he could lift her up. It paid off that he had trained so diligently, so he wore her effortlessly the few steps to the front door, so effortlessly that he noticed how the short skirt had pushed up a little and his arm between the conclusion of the Stockings and panties on bare skin to lay down, which was still as warm and soft as at the beginning. Involuntarily, the desire awoke in him to feel more of her. Only a few steps separated him from the fulfillment of this desire, the stairs to the front door, which he closed carefully, across the hall to bedroom, where he carefully placed her on the bed. He paused to just look at her. How she had managed to maintain her figure as slim and fragile as she was, despite two children, despite him, he added for himself. The skirt had slid a little further up so that he could now also recognize the garter belt, at least the approach. She even thought about it. How much he liked this way to give the female leg erotic validity. Of course, he also understood that it was awkward and she preferred the practical. Did she want to surprise him with that? He gently stroked the piece of skin that was left, before he carefully sat down beside her and ran his hand over her cheek. Worried, he wondered what he could do to make her feel at home. Should he do something or would it happen on his own?

Suddenly she opened her eyes and found herself in bed in the dark. She tried hard to remember how she had come here. She took a shape next to her. That had to be a kidnapper. Certainly it was a hijacker, but would a kidnapper stroke her cheek so gently? Warm, gentle hands on her skin that were so familiar to her that she said they would never touch her like that again.
„Tell me, do you still have them all?“, she suddenly snapped at her husband when she realized what he had done.
„I can understand that you are angry,“ he admitted meekly, without pausing, „but that was quite different.“
„And how could it have been planned?“, she asked briskly, but already with this soft undertone, which pointed in the direction of reconciliation.
„It occurred to me that I did not carry you over the threshold then, and you’re as feminine again as you were then, and I wanted to make up for it. I thought I’d surprise you with that,“ he replied.
„Did you start to train again?“ she exclaimed abruptly.
„Yeah, I just wanted to do it right and I was not so sure if I could do it,“ he said, but he could not do anymore, because then she wrapped her arms around his neck and kissed him like for ages more. Maybe it would still be possible to find that certain something. And there they would be able to withstand one or the other deficiency.

2 Gedanken zu “Apart from the one or the other shortcoming”