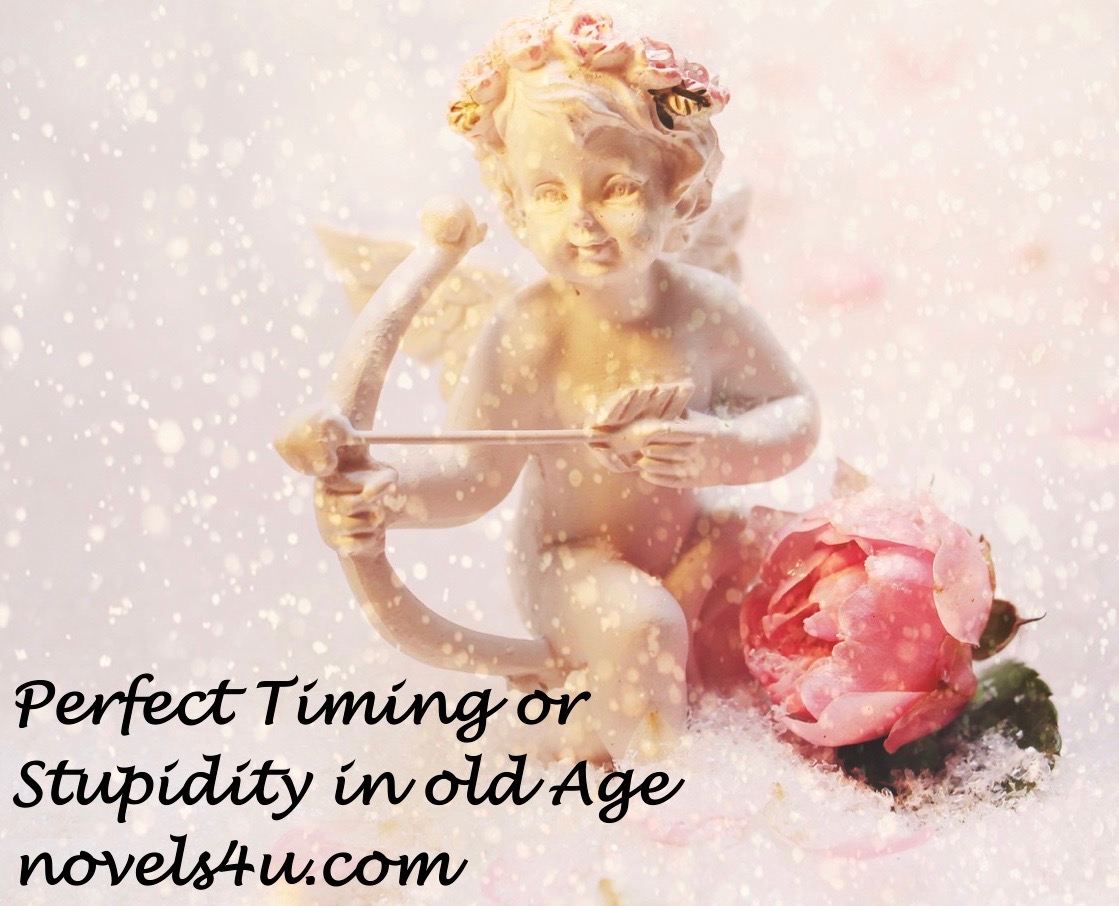 „I’m so glad,“ I replied smiling, after my best friend had hugged me for the fifteenth time that evening and assured me how great that evening was. You have to know that she is very empathic and, even if I had never admitted that, that evening I was very grateful to her. It was New Year’s Eve, and if they had not told me this, I would probably have stayed home. I had experienced so many New Year’s Eve that I was sure there were no more surprises. But now I was glad to sit here on the couch, surrounded by nice people, to chat and enjoy the end of the year. It did not matter which day it was, but with whom you spend the time. And so, I was engrossed in an interesting conversation when the door opened and someone entered the room and silenced me. „That cannot be true,“ I thought involuntarily, „My biggest dream and nightmare at the same time.“

Basically, I thought myself tough and unwavering, a woman who is in the midst of life, stuck, on both legs and knows no uncertainty until I met him. Something happened for which I would have laughed at anyone if he had told me.
„A man will meet you, your knees will start to shake, your fingers will shake and you will not utter a single word,“ I was told, about this weird phenomenon, which was more like a pathological finding. But the moment it happened, it happened to me. As much as I resisted, it made no sense. It was as if a part of me had started my own business and was determined to throw any sense into the wind. It took three days, three full days, to recover from this encounter. All that had happened was that we had been introduced to each other and that we exchanged a few words, insignificant, and yet I kept asking myself if I had not stuttered and dropped my eyes or even blushed. How embarrassing you can be, and that at my age.
„That was just the one time,“ I finally tried to persuade, „Next time this will not happen to you anymore.“ I was able to plead it, but it did not help. It did not get any better, not the second, not even the third or fourth time, at any time. The only thing I managed to do was hide it better. Only the three days of convalescence remained. But luckily nobody knew about that except my diary. And then the dreams began, sweet, romantic dreams. Of course, I knew that I had no chance, but one would probably dream. Sure, he had always been polite to me, but he was one of those people who were friendly to everyone as long as the other one met him in the same way. That was part of what I liked. This calmness and prudence, which he radiated, but also consistency and masculinity in the best sense of the word. And then he suddenly appeared here. Immediately the well-known symptoms set in. I looked at him stealthily as he chatted with one or the other, then coming straight at me.
„Damn, he’s coming up to you“, it shot through my head, „And what, if he sits down now and …“ But then it was all too late, he was already in front of me, so I got up and he gave me that enchanting, boyish, playful smile that must have happened in my dreams from time to time. But it disappeared again, and his eyes became serious.
„I’d like to tell you something,“ he began, and I was startled involuntarily. Would he reproach me now? But what about, I had always avoided that anyone noticed something. That was completely impossible.
„Actually, I’ve been wanting that for a long time, but somehow I thought it did not make sense, as distant as you always were,“ he said, and my eyes widened, me and aloof, „But then I thought, I’m finally a man after all, you cannot say more than no. That’s too much to handle. “
„Okay,“ I replied, stretched to the limit. Secretly, I tweaked myself to make sure I did not sleep, but I was actually awake.
„Since I saw you for the first time, I’m very strange,“ he continued, and I noticed how my knees shook even more than usual, „I think I fell in love with you and I know that comes as a surprise …“ But he did not get any further because my knees finally gave way and my senses disappeared. It was just the last beat of the clock at midnight when I sank into his arms. And once again, one should say there are no surprises on New Year’s Eve.