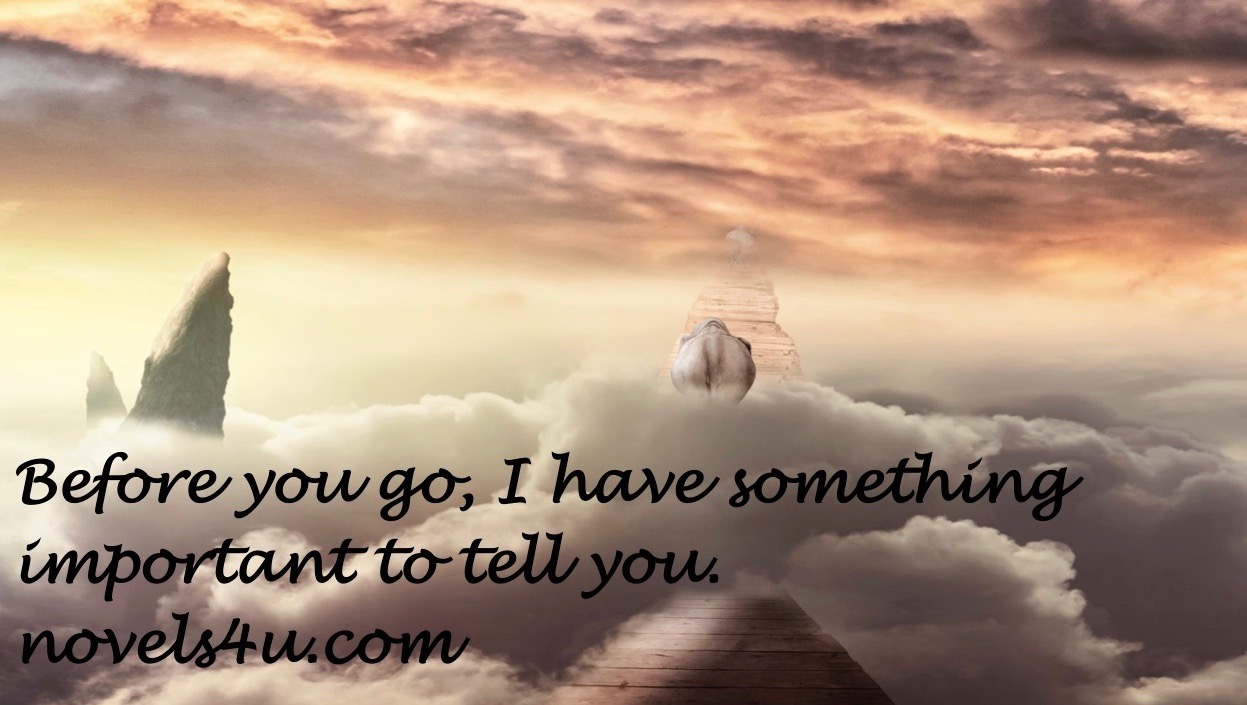 „Before you go, I have something important to tell you,“ she pressed out breathlessly as she dived straight down the stairs. She had managed, almost at the last minute, as he already had the door buckle in his hand, ready to open the door and step out into the open. Slowly he turned to her. She was already there with him, standing very close to him, so that she involuntarily took a step backwards. Too close to such a situation, as she became all too aware. Maybe the place was inappropriate, so in the anteroom, in passing, as you say, but in the end it did not matter. It had to be said and she would say it, no matter where.

„Before you go, I want you to know something else,“ she began her speech, which she had long since set back from the top of the stairs to the bottom, „It’s neither your fault nor my fault. No one is guilty, that is, in the sense of moral guilt. It can be life or circumstances or just something that changes. becomes different and can no longer be denied, at some point.“
„Aha,“ he said simply because over all these years he had learned to do this the way a man talks to a woman. Now and then man throws in a little interim remark that is completely unnecessary, so in terms of information exchange, the woman but signals, yes, I listen. He had done well with that. He had four variants in stock, „Aha“, „Ho-hum“, „Mhm“ and „Actual“. That had turned out to be completely sufficient.
„So, before you go, I want you to know,“ she continued happily, „we had a really good time. So many special moments that we were allowed to experience together. I’ll never forget it. You have enriched my life and my thoughts and actions, and I hope I could give you a little something back. You were my rock in the surf when I threatened to sink. You were my anchor and my confidence. Time and again you managed to make me laugh, even though I thought I would never laugh again. You caught and carried me when I was too weak to walk myself, but you also let me do what I had to do, which was important to me. You supported me wherever you could. “
„Actually,“ he interjected, trying one more push, „My sweetie, I’m just going …“ He did not get any further.
„Please do not interrupt me,“ she explained. „As well as I may seem, it is not at all easy for me to say what you can imagine. So, before you go where was I … Oh, yes, before you leave, I want you to know that I wish you the best, that life is yours and you’ll be happy, maybe not now, but in the future, possibly already in the near. Because people you love, you can only wish for the best, no matter where they carry the life or what they do. I also wanted to say that you always have a place in my heart. You have indelibly dug into it and no one else will ever be able to take it. Sure, another person can step into my life, but never will the encounter be like you, because it was something very special, unique. I’m so happy that I was able to experience that. Nobody can take that away from me anymore. It will always and always stay.“

It was the moment when he stopped what he held in his hands and spontaneously embraced her, stroking his hand over her head as she snuggled it against his chest.
„That’s all beautiful, what you say, and yes, I see it just like that,“ he said, taking the opportunity to finally speak. In case of doubt, he would press her head even closer to his chest, so she had no chance to interrupt him. „I would not have said so. The extravagant speeches are more yours. But, sweetie, I’m just going shopping. I have to hurry; the shops are closing soon and I’ll be right back. Then we can go on talking.“ Speech, let her go and left.