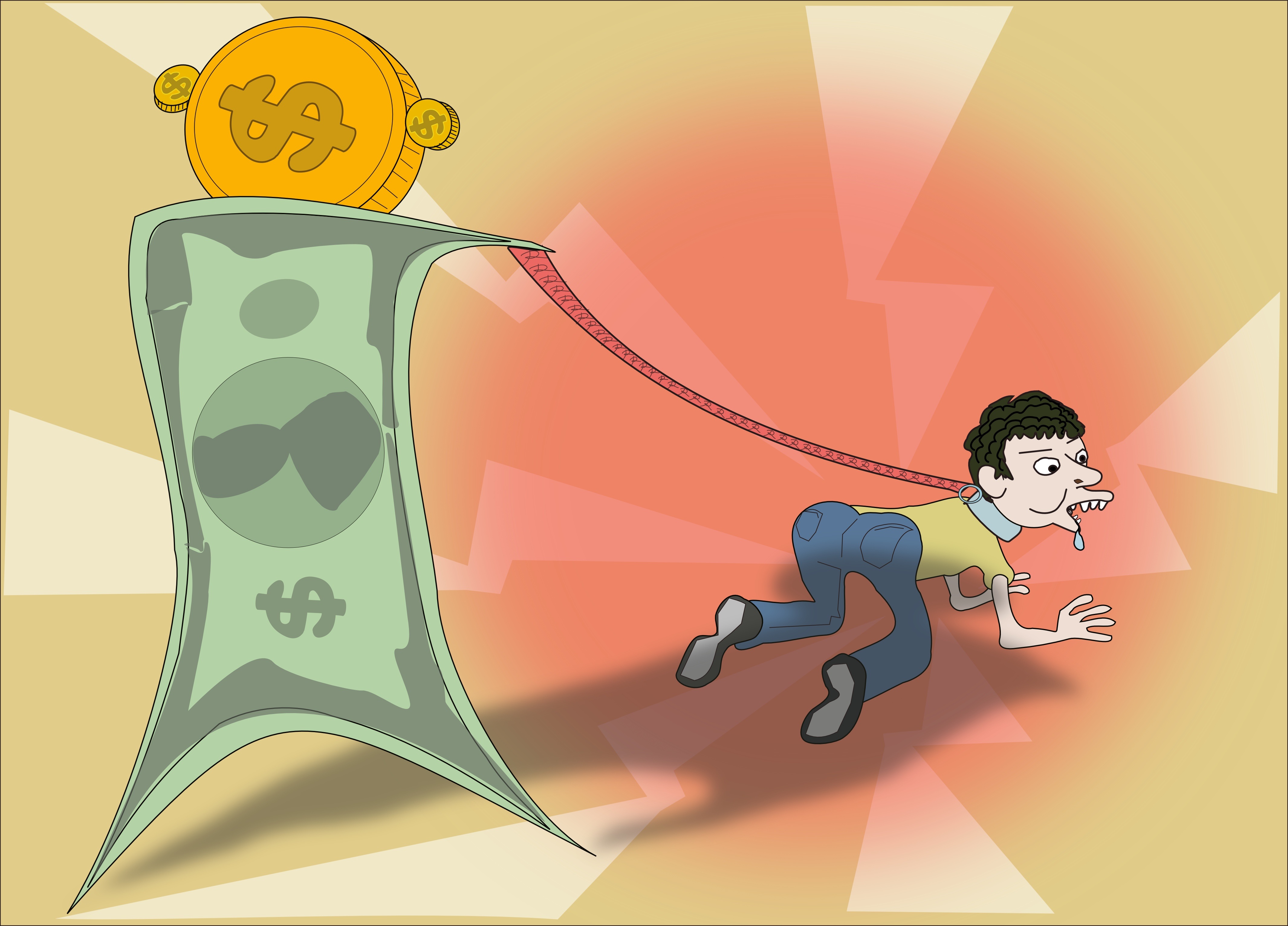 Again and again I came back to it. Ultimately, everything seemed to emanate from the one only, to entwine and re-enter into it, the life and the love, the love and the life, which are so closely connected as two rose bushes their urges, so that is no longer distinguishable which Drive to which shrub belongs. Preserved in a state of original innocence. Nothing expressed this more clearly to me than our little dog family, the mother-child together, how they accepted and developed. They knew neither distrust nor dissimulation. They were easy. Just as being unquestionably unfolds in being and wants nothing but to be. Living and loving. Loving and Alive. I was allowed to watch them squabbling and cuddling in a playful way as they spurred on to play and lovingly nudged each other. It should be so. Just because.

„They have no interest in appropriating the world,“ I said, and it was to some extent the result of these observations, „Do not want to rule the world or submit to anyone or anything. All they want is a place to live, where they can shape their life plan. Nothing else. Only humans want that and automatically subordinate it to all living things. He needs a deed of ownership for everything. Or at least a flag whose rod, to which it is attached, he can ram somewhere in the ground and say ‚All mine‘. “
„And what about the animals that are staking their territories?“ Maria interjected.
„Then that’s temporary,“ I replied. „The owners change.“
„To explain that, you needed the story of expulsion from paradise,“ Jesus interjected. „An explanation why man did not stay in paradise, which would have been obvious, because he had everything he needed to live there. As the question was answered, you managed to kill two birds with one stone. Man had sinned. As a result, he had succeeded in forfeiting his place in paradise. The original sin, as it was called, because it not only remained with the first couple, but was passed on from generation to generation, made it plausible why man then set out to submit to the planet. He went out and appropriated the land. From the beginning, as we are told. From the beginning man was conqueror and oppressor.“
„At the beginning of humanity, at the time when Earth became infected with the virus ‚Homo Sapiens‘, there were so few specimens that they hardly ever met, let alone dispute land. Therefore, the virus had to spread, multiply. As it has probably anchored every other virus in his life plan. More and more of them came. But there was no talk of appropriation for a long time. It was not necessary either, since man went about his early days. Therefore, he did not need a fixed place, which he had to acquire and defend against others. Later. So, he settled down, built fences and said, that’s mine now. The land and the domesticated animals that lived on it and probably the people. All mine,“ I recapitulated succinctly the origins that led to the existing conditions, „The land that belonged to everyone and thus nobody, suddenly got an owner. From what did man take and take the right to declare something possession, which belonged and belongs to all creatures? Anyone and nobody. With his own prepotency and arrogance, he made something of his own, which could not be anyone’s property. Anyone who appropriates land must inevitably steal it, as there is no original title deed that could be invoked. In the beginning was the theft and fraud, the theft of the common property, and the fraud on everyone else who had exactly the same right.“

„There was another decisive change in sedentarisation,“ Maria interjected. „The change from matrilineal society to patriarchy. No domination, no up and down, before, now, but now, where property compared to other, probably even nomadic groups, since not all people simultaneously settled on a Monday morning at eight o’clock, but it was a long-lasting process, had there is someone who gave orders. In a raid, it was important to act quickly. That could not be considered or discussed. That’s why someone was chosen to take on this task. It would have been quite possible to say that this command is given to someone who is suitable because of his abilities. But not always, but only at times when it is necessary, as in a robbery. Otherwise, the égalité should remain. Maybe that was the case. I’m not sure now. But at some point, this guide wondered why it should be content. Maybe he liked that he could buy the other and they had to do what he said. That’s why he always wanted to do it and was able to convince others. Maybe the men did not like the fact that the women, who only sat at home, had so much influence. They had experienced how their leader had proven in the event of danger, so it was obvious to use him forever. First of all, over the whole community. Then that was also applied to the subunits. The master of the house came into play. My house, my country, my animals, my family, everything mine. And then there were more and more. But since the space cannot be increased in any way, people moved closer to each other. Fences everywhere, and even as the space became tight and resources scarce, they continued to multiply. But instead of thinking about not multiplying so uninhibitedly, which probably would not have been so easy to do at this time or to save resources, perhaps also to exchange with others what then called trade, and was quite well made and will, summed up another possibility in the eye. What the neighbor had, that pleased one. One wanted to have it. Of course, the neighbor did not volunteer because he wanted to keep it for himself. That’s why it should be taken away from him. That’s how the war was born. The loser was stolen from his property. But you did not leave it at that, because you always had to expect that the former owner wanted to bring this back. Therefore, he was murdered, with all his relatives and members of the group, or they were subjected. The people whose labor was exploited were just like the land. Also, for humans there were property deeds. As for the domesticated animals. “
„Domesticated animals and humans on one level,“ I mused, „slaves, across the species boundaries. But with the domesticated animals and the human slaves it was like the land. They could not be appropriated without robbing them of their original, life-bound freedom. Again, theft and fraud were at the beginning. Theft of freedom and fraud in the enforcement of the right to life. Nobody cared. Absolutism. Feudal. Dictatorship. Makes. All mine. Then suddenly there was one who could turn and control everything and everyone, just as he was funny. “
„Imperialism was someday titled,“ added Jesus, „Openly delivered, because it was the same, and because no one thought it was possible to subject blacks and reds and yellows, who were simply classified as inferior, to taking everything away from them. There was talk of master race and superiority. To date, one tries to justify that. And again, and again, there are enough people who believe these obscure reasons. But open imperialism has disappeared. In its place came the so-called free trade. Everyone is said to have the same opportunities and chances, and it is often swept under the carpet that in some way superior nations exploit them to exploit and keep the others small. Thus, imperialism is carried on swiftly and cheerfully, just under another flag. For example, that of development aid. Those who benefit from it have no reason to complain, and those who suffer from it have no opportunity to be heard. “

And so was the reality, the world out there, working on the destruction, and the one here, which was full of development and joy. The first was a possibility to recognize a meaning in Christmas in the infinite distance. The second gave me hope, a little bit.