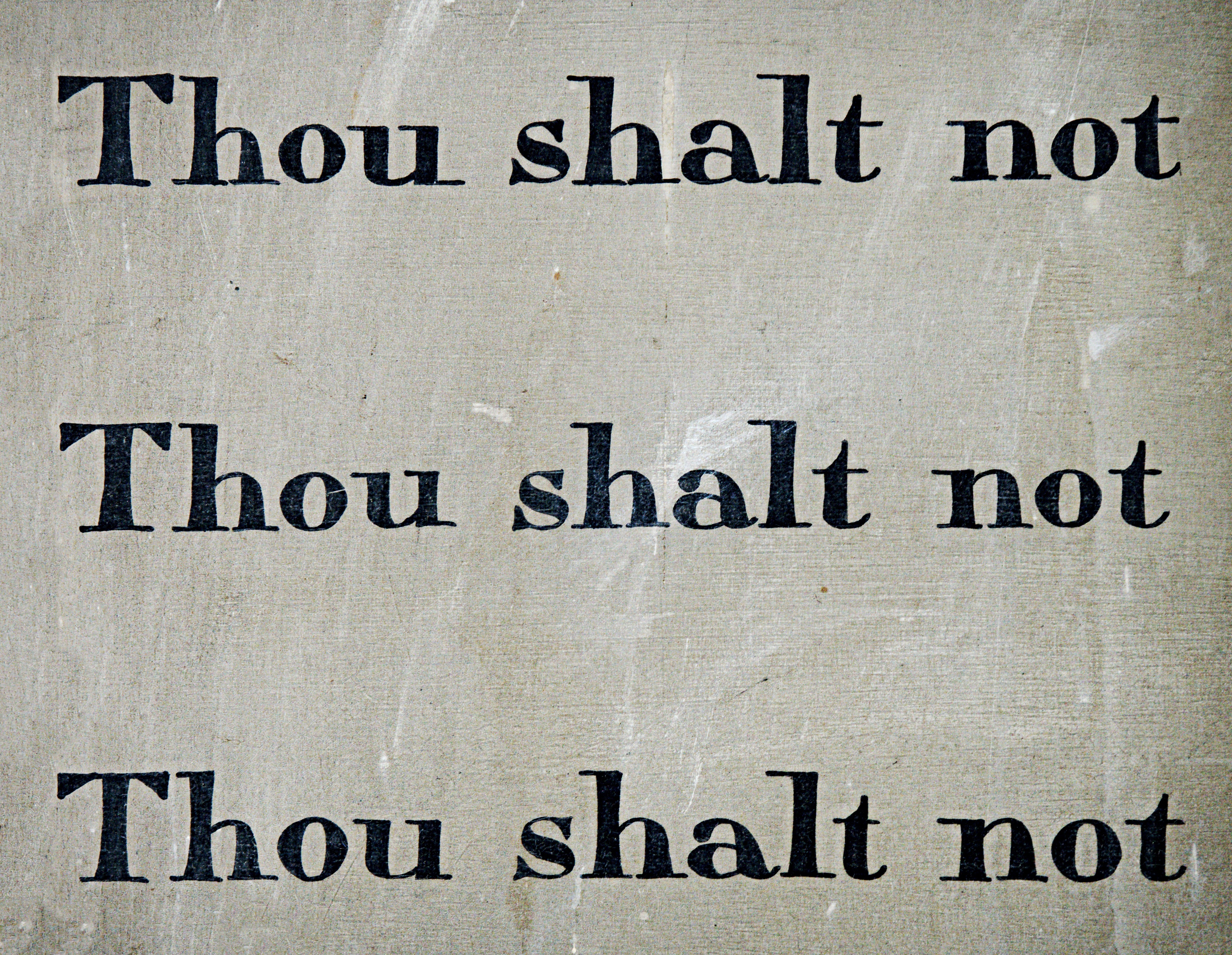 „Trusting in it and believing that life leads me safely, that I am well-disposed, I step out into the world, follow my inner voice and let my intuition guide me,“ I heard myself say, in the afternoon the tenth day of Advent, when the sunlight broke through the windows like golden rain and the little ones began to catch it, still clumsy, but sustainable, „And then, one day, completely abruptly, everything that is fun and forbidden is banned If you cannot quite leave it, then it will be hidden away. It begins the time of morality in a person’s life, in the life of a child, for the time being. It is a break between the original innocence and the education of a morally honest man. It is a lengthy and painful procedure. And in the end, we’re all civilization cripples who sense moral traps everywhere they go. “

„Without morality, there would be no living together,“ Jesus countered, „But there would be no need for moral norms, laws and prohibitions, if we were guided by life and love. What corresponds to life and living together, that would be all that required moral rules. Then I would automatically kill no one, hurt anyone, imprison, rape, would not lie, do not cheat, do not cheat. Then I would automatically treat every living being with the respect it deserves. It would be that simple. Lilith was already living that way, following the primal instinct of all-embracing love. It cannot be wrong. “
„So, morality has a purpose other than to let things go smoothly together, if that’s enough,“ I interjected. „It pursues – like so much else – the purpose of keeping people small and needy. After all, he is nothing more than a social animal, which must be integrated into a community, must integrate, as far as he does not want to stand outside the same, respects the moral laws and prohibitions that are drummed over him, over and over, until he has internalized it so much that he reflexively reacts with shame if he violates it. Indoctrination is called that. And almost always he acts against his inner voice, which corresponds to life. It alienates him from himself and causes us to no longer trust ourselves, because if what my inner voice says contradicts what I’ve been told, then one of them has to be wrong. Those who tell me what I have to do, how to behave in order to lead a morally honest life are the authorities that know. But if they know, then they must be right, and if they are right, then my inner voice must be wrong. That is how we are told. And we are following well. “
„It’s a small death on installments,“ said Mary now, „A death of mine, always a bit more. With fervor, the leaders of a community have plunged into creating a moral codex that is so vast that it acts like a wall built around you so that you cannot move. Do not move anymore. And much interest has always been dedicated to sexual morality. Can you still remember the days when children were handcuffed to bed at night because they were masturbating? Can you still remember how thoroughly the children are expelled from their own bodies?“
„I cannot only remember, it’s still like that,“ Jesus explained, „Your own body, also as a source of pleasure, but also of experience, is still taboo. But if you take the idea of creation seriously, then God has given that body, not that he hides it or pretends it does not exist, and that it does not satisfy his needs, but that he enjoys it and is one with him. The fragmentation of mind and body leads to a perpetual war with myself. The body machine next to the superior mind. It is only the body that enables the mind to unfold. He is his bearer, but not only.“

„Generations of children have been denied a fearless, joyful confrontation with their own sexuality,“ I said, considering everything, „How long has homosexuality been considered a mental illness?“
„Until May 17, 1990,“ Jesus clarified, „Since finally the WHO deleted it from the list.“
„So about 28 years ago. Until then, homosexuals have been persecuted, ostracized, imprisoned, and what do I know,“ I went on,“ but homophobia is still alive. The people’s soul does not seem to require anything from the WHO, and what’s against the norm cannot be right. It is exciting that this type of hostility towards the other is especially pronounced in conservative structures. “
„Likewise in Christian circles, in your name, dear Jesus, homosexuals are still treated as second-class people,“ Maria said challengingly.
„Especially there, but not only in Christian, in all other religions, the theistic religions,“ Jesus admitted, „And I have to say, that hurts me to see how much the people make life difficult, burden themselves with doctrines that not only do not serve life, but even vehemently contradict it.“
„Where does that come from?“ I asked, „Why cannot man, just like any other animal, simply live without regimenting himself, even castrating himself, by decoupling himself from the vital force? Why cannot he just love and live, live and love? “
„Because it’s obviously not enough for him,“ Mary said thoughtfully, „because it’s too easy. That’s why he has to build all those crooked and cranky constructions that collapse like a house of cards at the next little breeze. Ultimately, there is only one who stands in the way of man’s development, he himself. “
„Man, as the most loaded with morality, is also the most limited animal,“ Jesus said, „It’s hard to bear. And he continues the destruction he inflicts on himself. This small, gradual death is also practiced around him, on fellow human beings, or more generally, on fellow creatures, on earth. He wants the destruction because he cannot endure that others can do something that he denies himself, just to live. “
„The child in the crib shows us,“ I said, „And all the other children who are born. Maybe we should listen more to them and follow their examples. “
„Maybe we should throw all the dusty sexual morality overboard and start from the beginning with an open mind and unprejudiced, so that we find the liveliness again,“ suggested Jesus.
„Do you think that can be so easily erased from the minds, where it was so long inside?“ I asked.
„Not only from the mind, but also from the heart, because most of them do not follow these rules, because they understood them or consider them right, but because they have taken them unquestioned and now want to enforce, no matter at what or at what cost.“

Liveliness in its originality, in its nativeness, to be and to follow, beyond the rules that are unquestioned and unreflect us, and we take over as well. Because it is, or because it has always been that way, or because it’s just that way. This is at most a lot of noise for nothing, but no justification, certainly not a good one. It has to be accepted, also because it is not arguable with it. It should not be discussed. It seems like a natural law that we have to bow to, but there is the child in the manger who tells us that a new beginning, away from all hostility to life is possible, that the liveliness can be rediscovered and we the moral guardians and moral apostles not helpless. To find back to life is perhaps the meaning of Christmas, which needs to be rediscovered every day, revitalized and accepted. And suddenly life is colorful and warm and inviting, where everything was just gray and cold and dismissive before. Life in abundance, from the smallest amoeba to the blue whale, from the tiniest blade of grass to the redwood tree, is taken for granted. Only man needs an impetus, maybe a permit. And the kid in the crib can be this offense. Also, a permission.

And when we went to the door with the kids for the first time, saw how they discovered the world, we knew, in every new life there is this impetus, fulfilled the message of Christmas.