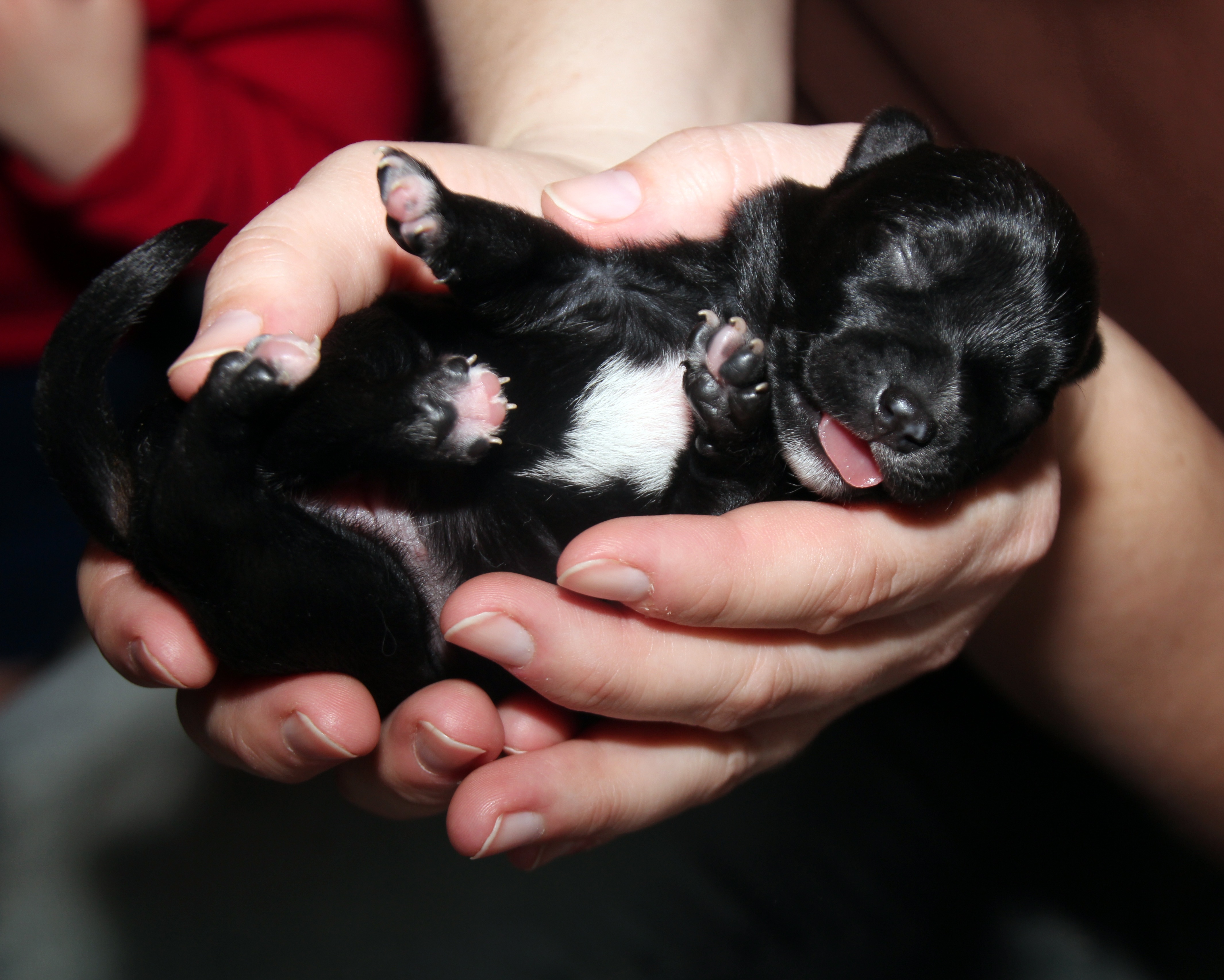 I had slept for a long time, on this fourth Advent day. I fell asleep out of my room, went through the living room into the kitchen, but far and wide no trace of Jesus and Mary. A look out of the window showed me that it had cleared up and the rain had retreated, at least for a while. I automatically made myself tea. Maybe they were still sleeping? That could be natural. Why not, but something told me it was not. A little restless, I went through the house. Scattered too. Where could they be? They could of course go where they wanted and had to give me an account. I was aware of that. Still, it was strange. All at once I felt completely lost and abandoned. What did that mean? What happened?

To distract me, I fetched wood from the shed and lit the fire in the fireplace, which meanwhile had gone out, which told me that they had left the house some time ago. But why only? Well, there could be many reasons for that too. Lost in thought, I made tea, for myself and for them, though I had no idea when they would come back. Maybe they would not come back at all. Or they have never been here. Everything just imagination. A product of my exuberant imagination. Of my will. Also, my desire. Nothing else. Jesus in Ireland. Or elsewhere. And Mary, not just any, but Mary of Magdala. An absurd idea actually. Bonkers. Possibly. Much had hinted at it. Lately. It is not good to get too deep, whatever. Also, in life. As if I could do something else, if that’s the way it was. Easy to live. It may well be that all superficiality, the art of not being affected, also has its merits. If you can do it. The moment I thought it, I realized that it was not an option for me. There was much worse than getting involved in life. For example, not to get involved in life. Even though it sometimes hurts so much. Life and that which is withheld from others. Maybe out of naivety. Also. But who can convince themselves today in a serious and credible way that he or she is so naive not to see what is going on in, with the world? Too many, as I had to admit. Heal the world, at least around you. Everything else does not matter. That has nothing to do with me. I have nothing to do with that. Let the others take care of it. The politic. The church. The Union. Or God. I cannot help it. So, I cannot help it. That’s how easy a worldview can be. Whether these people probably put off their blinkers for bedtime? Or have you become so used to not even disturbing your sleep? So, you can at least not forget to put them on the next day again. But it can also be good that they are so overgrown with one that they do not go out.

It was in the middle of Dublin. Saturday night. Thousands of people crowded the streets, from one pub to another, from one amusement to another. I meandered through the crowds. Actually, I wanted to get to the hotel as soon as possible. I could not stand it any longer, that boiled, beery cheerfulness when I stopped abruptly. In the middle of this riot was a little horse, harnessed to a coach. Lost and abandoned. Middle of the night. In a busy street of Dublin. Tired, she hung her head. I was frozen, while the masses moved on undeterred next to me. It stood there unnoticed, the little horse that had lost nothing here. Slowly I approached it. Kneel in front of it. I would have liked to get it off and take it with me. Instead, I just knelt on the dirt road and cried. Crying with rage and despair, with impotence and helplessness. How can you? What kind of world is where people are forced to make a living by exploiting others so shamelessly?
„Do not pretend,“ I suddenly heard a voice next to me. When I looked up, I recognized a young man with a lightly clad lady in tow, „Is only a horse.“
„Just a horse?“ I asked, taking his statement, „And you’re just a fucking, disgusting, heartless asshole.“

The testosterone package on two legs could not offer that, especially not in front of his girlfriend, but instead of walking on me, he kicked the horse in the side. It writhed in pain, but it could not avoid. He already started for the second kick, but I interposed, so that he met me fully in the stomach. It hurt like hell, but nothing could be as great as the pain of this poor, enslaved creature, except the aggressor’s ignorance.

„Quick, get a blanket and towels,“ Jesus‘ voice tore from my thoughts. Unexpectedly, the door had been pushed open. Jesus and Mary came in. Both carried a bundle in their hands. I could not see what it was, but the urgency in his voice moved me to comply with his request. Moments later, I was in the living room with blankets and towels.
„Lay the blanket in front of the fireplace,“ Jesus continued, and I did.
„Good, you’ve been heating up,“ Maria said as they laid their bundles on the blanket. It was a black bitch and her boys. Three babies, who immediately went in search of the breasts. The bitch looked emaciated and trembled all over. It took some time for the shaking to settle down. Carefully, we gave her something to eat. Greedy she ate everything up to the last crumb. Silence returned.
„I also made tea,“ I heard myself say. It sounded like from far away and completely out of place.
„I had hoped that,“ Jesus replied in his heartfelt directness, „It was not so easy to get the four out of their hiding place. I am a bit frozen. „
„Where did you find her?“ I asked.
„In the old, dilapidated chapel. There, the bitch has found a shelter that was at least halfway dry to give birth to their young,“ Maria told me, „It may not have been too long ago, because they have their eyes still closed.“
„How good that you found her,“ I said, forbidding myself to imagine what would have happened to the four, if Jesus and Mary had not found her.
„One of the little ones did not make it. We buried him on the spot,“ Jesus remarked while keeping an eye on the little family. They slept. What a confidence in life they had to have. The bitch who would have given everything, even her own life, to save her babies. And the little ones entrusted themselves unconditionally to their mother. It could be that easy without knowing anything about the future. Without any idea where she could get something to eat today. Nevertheless.

Life came and life went. That’s so. There is nothing to shake. But there is a period of time between coming and going to do it. And the only thing life has required us to live. Nothing else. It can be hard. Or easy. For many it is not an option. At least as far as the supposedly most intelligent species in the world is concerned. For this bitch and her babies it was natural. There was no option. Maybe they had long understood the message of Christmas, without knowing anything about it. With all our reflections we often do not come as far as this dog family was from the beginning. Christmas as the feast of life, the celebration of a birth. Here was a creature that had just been ejected, chased away, marginalized and forgotten. Only that nobody will write a story about them. There are too many. It happens everywhere in the world. Some survive. Others do not. It is inevitable. Often. But not always. For a while, that’s what Christmas should be like. Did I still find the right way?