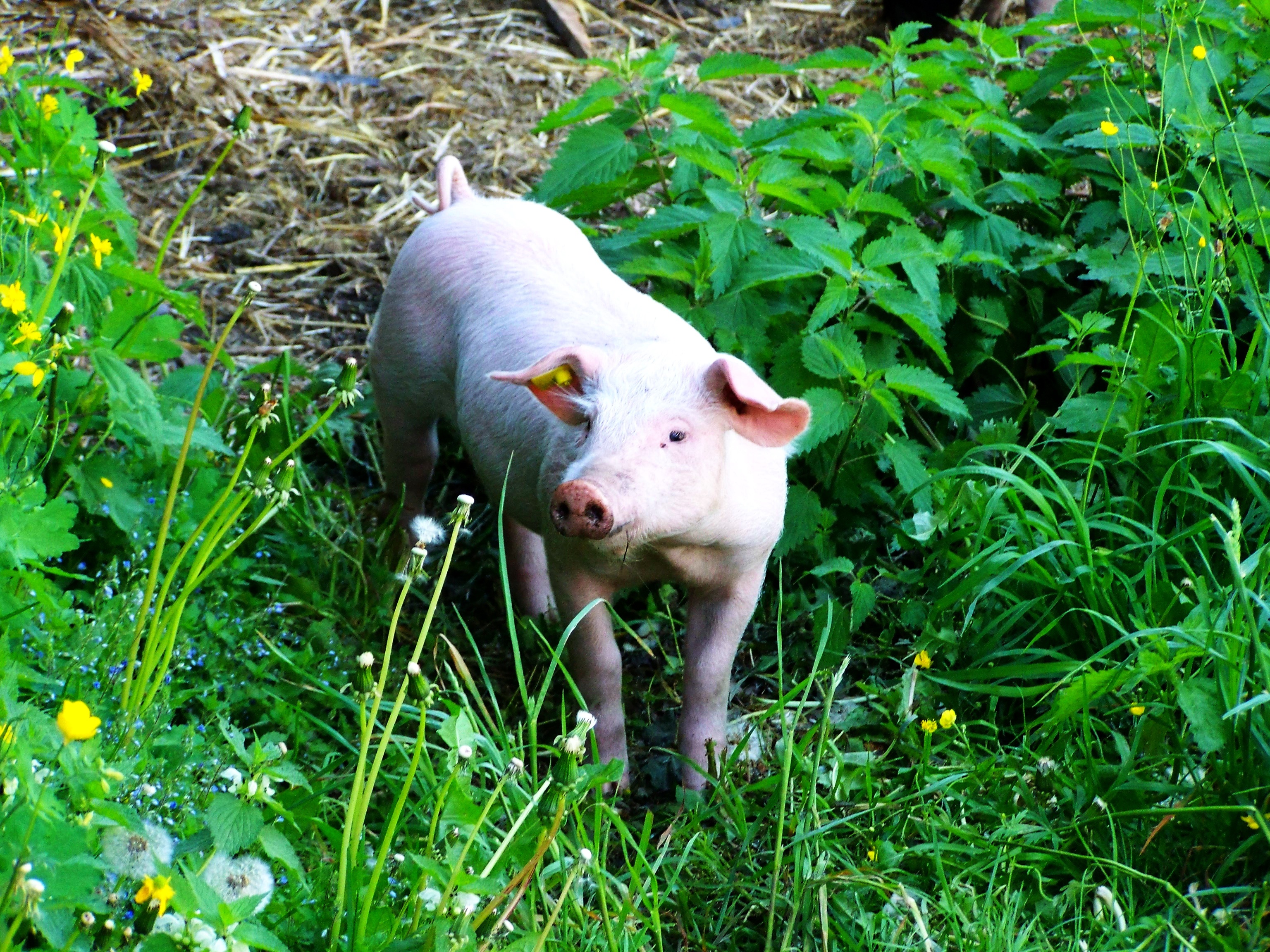 „Isn’t she wonder-, wonderful?“ Pippa said again and again as she watched Nanna explore the lawn with her siblings, the attentive Lilly always within reach. After her mother had so unexpectedly left the house, Pippa brought Nanna to her mother and her siblings, who were lying comfortably in their corner of the stable. Pippa wanted to see if she could not encourage little Nanna to drink from her mother, and behold, it worked. Then they were all led outside by Lilly. It was Pippa, as if Lilly knew exactly what she was doing, what was best for her babies, without having attended a single course. People seemed to be the only species which needs a course to raise their offspring. That humanity had survived at all, Pippa seemed almost miraculous.
„Yes, she is,“ Leo confirmed in amusement sitting next to Pippa in the grass. Then they heard the garden door being opened and closed again.
„That’ll be mom,“ Pippa said, but the gait did not suit Sophie at all. When Pippa realized who it was, she jumped up and protected herself from her four-legged friends, „You will not hurt them. Just over my dead body.“ A little theatrical, but fitting to express how serious she was.

„Just rest,“ Ralph said, „I will not hurt anyone. On the contrary, I’m here to apologize.“
„And am I to believe that now, after you killed little Nanna?“ Pippa snapped back.
„And I’m probably going to court because I stopped you?“ Leo added, but more calmly.
„Just listen to what I have to say, and then you can still kick me out,“ Ralph suggested, and the girls agreed.
„You know, I’ve been playing soccer for two years. My dad used to tell me how much he wanted to become a professional footballer, but his talent would not have been enough,“ Ralph began to say, „Now I thought if I realized something he had dreamed of, then I would also pay attention to get. But it did not change anything. I continued anyway because I did not give up hope. In truth, the game gets on my nerves.“
„And you’d rather do gymnastics, but you’re afraid that your father thinks you’re gay,“ Leo interjected in her well-known blunt manner.
„How do you know that?“ Ralph asked, stunned.
„Only so advised,“ said Leo with a shrug.
„Anyway, today in school, when everyone was so delighted with your piglet, it made me so incredibly angry,“ Ralph said, and it was hard to make that confession, „It got the attention that I had always searched and never got. I was so angry that I could not think straight, only, these cattle must go. And then, when you threw yourself in the middle, the pain got me down again. I was so thankful that nothing had happened, and the bone heals again. And I wanted you to know how sorry I am.“ Ralph concluded his confession.
„Well, we’ll see how serious you are,“ Leo replied.
„Like that?“ Ralph asked, puzzled.
„Look who wants to make friends with you,“ Pippa said shortly, pointing to his feet. There stood Nanna, who looked up at him expectantly. Cumbersome and extra careful, Ralph settled in the grass. Then he stroked the little pig lady.
„I think we will have no other choice,“ Pippa said with a wink, „If Nanna likes you, then you cannot be so wrong.“ And as if Nanna had understood that she had brought about a reconciliation and rethinking, she turned around and ran back to her siblings. Encounters can enrich us so infinitely. Also, and maybe just a pig encounter.