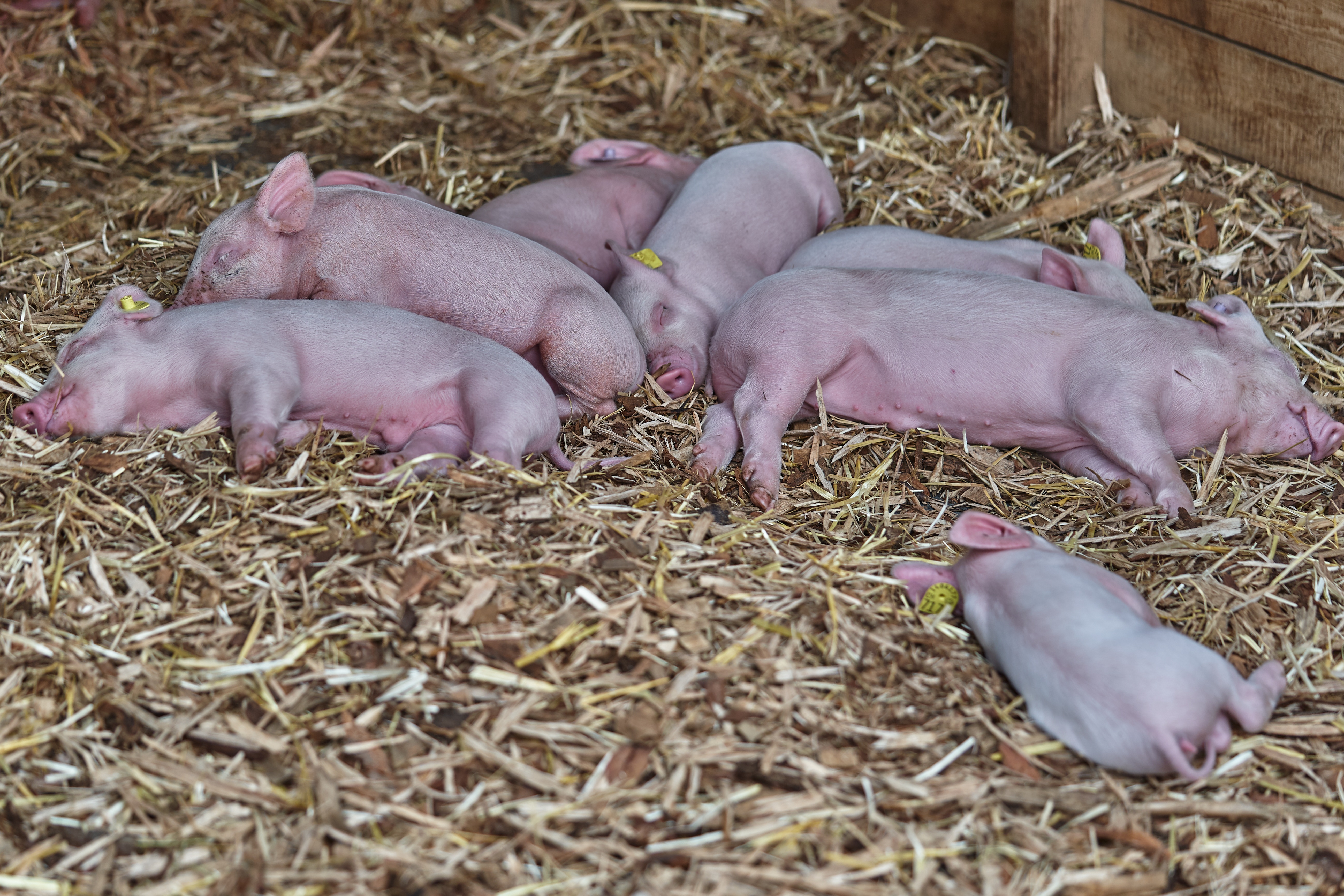 She felt light as a feather, little Nanna, in her arms. Again, and again, Pippa gently touched her chest to make sure she was still breathing. She felt her heart beat, softly but regularly. It was as it was already dawning and even as the deep black night overcast the land. Pippa and Leo had fallen asleep on the couch, despite the worry and tension. Pippa dreamed that she was asleep and when she woke up she lay in a container. She was buried to the waist in something, but she did not realize what it was because it was way too dark. So, she took the phone out of her jacket and turned on the flashlight. She realized with horror that she was surrounded by dead pigs. It was the waste container of a pig factory. But suddenly the supposedly dead pig began to move in front of her. A cry of horror escaped her, so she woke up. Even while she was awake, she still felt the movements of the pig that had been thrown alive in the trash.

No, it was not in her dream, as she realized at second glance, it was the little Nanna who was lounging in her arms.
„What happened?“, Leo’s drowsy voice came through the night to her.
„I think she’s awake,“ Pippa answered, hushed hopefully. Leo responded quickly, as expected.
„I’ll make her vial,“ she explained, turned on the light and went to the kitchen. Nanna looked up at Pippa from glowing children’s eyes, as if to greet her, her, and the life that was still there. Nanna wanted to hold it as long as possible. Pippa was still lost in her sight when Leo came back with the vial.
„Is it the right temperature?“ Pippa asked with suspicion.
„Hey, what do you think of me, I have two little brothers, as you know,“ Leo replied curtly, handing the vial to Pippa. And how she knew that, Max and Alex, the twins, the stragglers who had just come to kindergarten. After the two were born, Leo had actively supported her mother. If anyone understood about care for babies, it was Leo. So, Pippa carefully placed the silicone sucker on Nanna’s lips and let a drop of the white liquid trickle over it. For a moment nothing happened. Did Nanna not want to drink? Was she not able to drink? But finally tongue licked, tasting, then opening the lips so that Pippa could slip the teat between them, and a few seconds later, the sizzling sound was the only thing that filled the room. Dumb tears of joy ran down Pippa’s cheeks. She had actually done it. Nanna had survived. And she also displayed the newly gained power by drinking the vial down to the last drop. How beautiful, how incredibly beautiful was that. Having barely escaped death, there was now a contented, full baby in Pippas arms. Smacking Nanna still felt the taste of the drunk, stretched, then to roll up again and fall asleep peacefully. Full of joy and gratitude Pippa closed her eyes again while Leo went home to lay down for a few more hours.

The next thing Pippa woke up was something warm and wet, spreading slowly but steadily on her stomach. It took a while for Pippa to understand what it was all about. Obviously, Nanna had peed on her. Actually, a good sign. Still, Pippa wiped the baby clean, laying her on a fresh blanket before she went to watch herself and change clothes. When Pippa returned to her room, armed with another vial, Nanna had put herself on her little legs. She seemed a bit unsure, but ready to conquer the world around her. Another wave of that happiness Pippa had already experienced during the night flowed through her body. For a long time, she had not been so happy.

As Nanna drank the vial, Pippa wondered what to do. Of course, she did not want to leave the little one alone. So, Pippa decided to take her to school. She bedded Nanna in a small basket. They were ready for their first trip together.