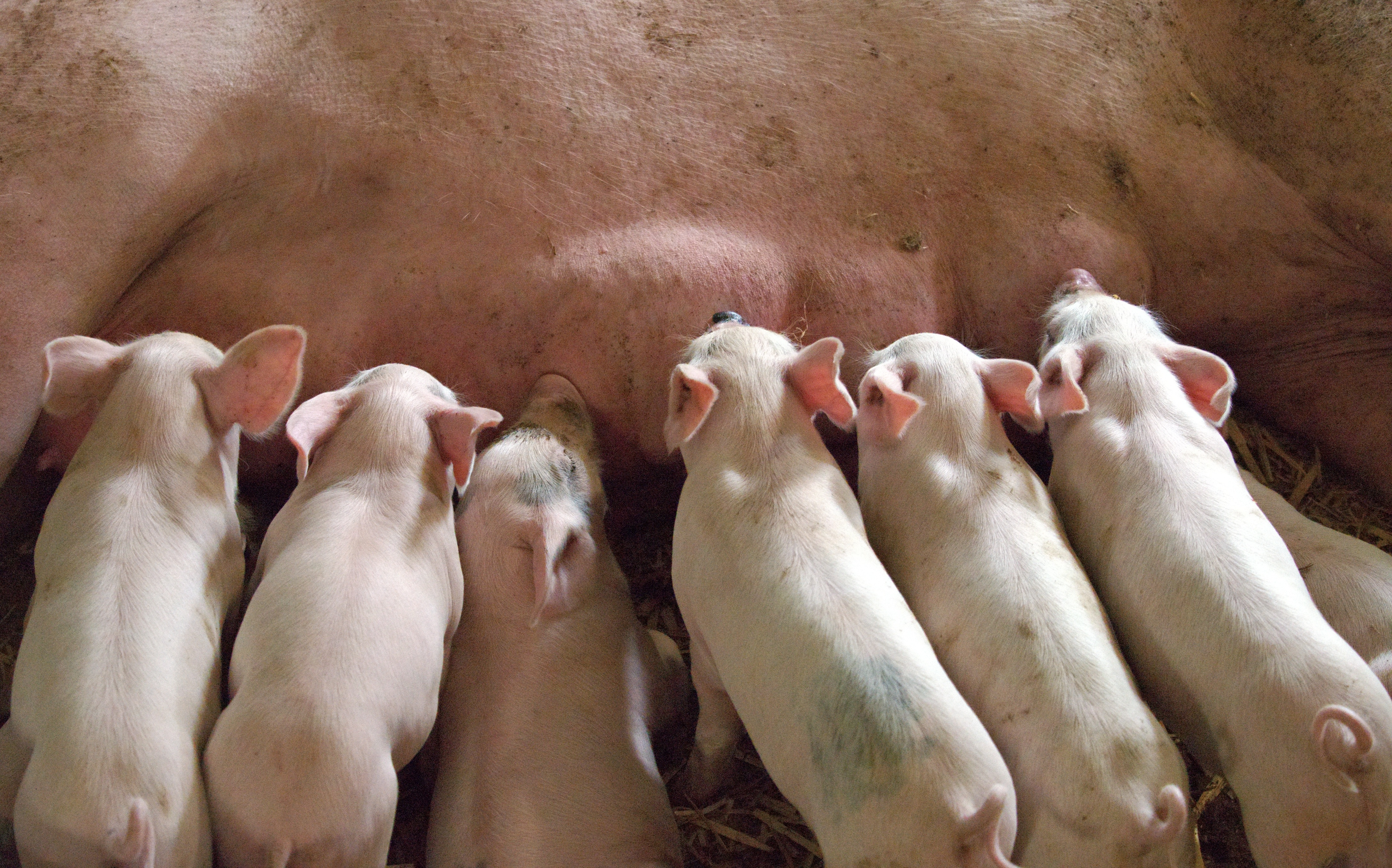 It had been a tiring day with Lilly cuddling and lying in the sun and enjoying life. That’s why Pippa fell asleep very quickly. She dreamed. Of course, from Lilly. Pippa was standing next to her in the stable. She gave birth to 13 piglets. Carefully, the newlywed mother made sure that each of the little ones got their place. Satisfied, they drank. Then they fell asleep. An image that could not be more idyllic. There came a man in a white coat, walking very close to the mother and her babies. Briefly he looked at each one of the little ones, before he skillfully pulled out those who were equipped with penis and testicles. One by one, he lay on his back, made two skillful cuts through the abdominal wall, released the testicles and tore them out. The blood splashed Pippa in the face. The bloodcurdling cries of the maltreated animals screamed through the stable. She wanted to push the man away, but she could not move. And he still grinned, as if he enjoyed the animals to suffer. Sweat-drenched she woke up from sleep.

„Is that really happening?“ Pippa asked her mother as she stood next to her in the kitchen minutes later.
„Yes, this is done and is allowed,“ Sophie replied sadly.
„And why is that done?“, Pippa did not let up.
„Because otherwise the meat supposedly has an unpleasant boar taste,“ said Sophie, „but only 5% of consumers taste it.“
„But why cannot you give them any painkillers then?“ Pippa continued, „I mean, dogs and cats are castrated, but certainly not like that.“
„There would be an outcry in the world if you did that to cats and dogs,“ said Sophie smugly, „but there are – under quotes – „just“ pigs. And then you must not forget one thing. If you ran the castration as elaborate as in cats or dogs, it would be far too expensive for the farmer. That does not pay. It’s still cheaper if some of the piglets die in the painful procedure itself or as a result.“
„Are we doing that too?“ Pippa asked the question that was most dear to her.
„No, of course not,“ Sophie replied indignantly, „but we have sold so far in direct sales. That’s what it was worth. And now we’ve changed over anyway.“

Relieved, Pippa went into the stable to look for Lilly. She lay, content and happy, as Pippa appeared, in the corner of the stable where she had built her nest. Lo and behold, 13 little piglets slept next to her. Lilly looked up when she heard Pippa. Then the newly minted mother closed her eyes again.
„And you did it all on your own,“ Pippa thought, and was very proud of her favorite pig. 13 piglets, as if from their dream. Only then did she take a closer look at the babies. Pippa did not want to disturb her, as peacefully as they slept. Well-formed and healthy, they looked. All but one. It seemed a bit offside and smaller, more delicate than the others. Or was she just imagining it? Pippa decided to wait. It was also high time for the school.

Pippa loved to go to school. Not least because of her best friend Leo, who she proverbially knew from the sandbox. Actually, her name was Leonore, but that was too cumbersome. Therefore, she called Leo, which again and again led to misunderstandings that were not entirely unintentional. Leo, in any case, was the exact image of Pippa, but kept dark. Black instead of red hair, a dark complexion, which was probably due to the fact that her father was Italian, but as curly and unruly as Pippas. This time she could hardly wait for the bell to announce the end of the last hour. She wanted to be home as fast as she could. No question that Leo accompanied her best friend.

When Pippa and Leo entered the stable, they had a similar idyllic picture as in the morning. The only difference was that the babies were now awake and drank with devotion to the mother, all but one. It was a little off, as in the morning. It did not seem to have touched since then. Something was wrong. Carefully, the girls approached the little bundle of life. It had closed its eyes and did not move. But it was breathing. Without much thought, Pippa packed it into a blanket. Lilly watched quietly, as if she knew that Pippa only wanted to help her little one. Then she hugged the baby and together they made their way to Dr. Wagenscheidts car. Pippa was determined to do everything that this little life that had just begun could keep it. Really everything.