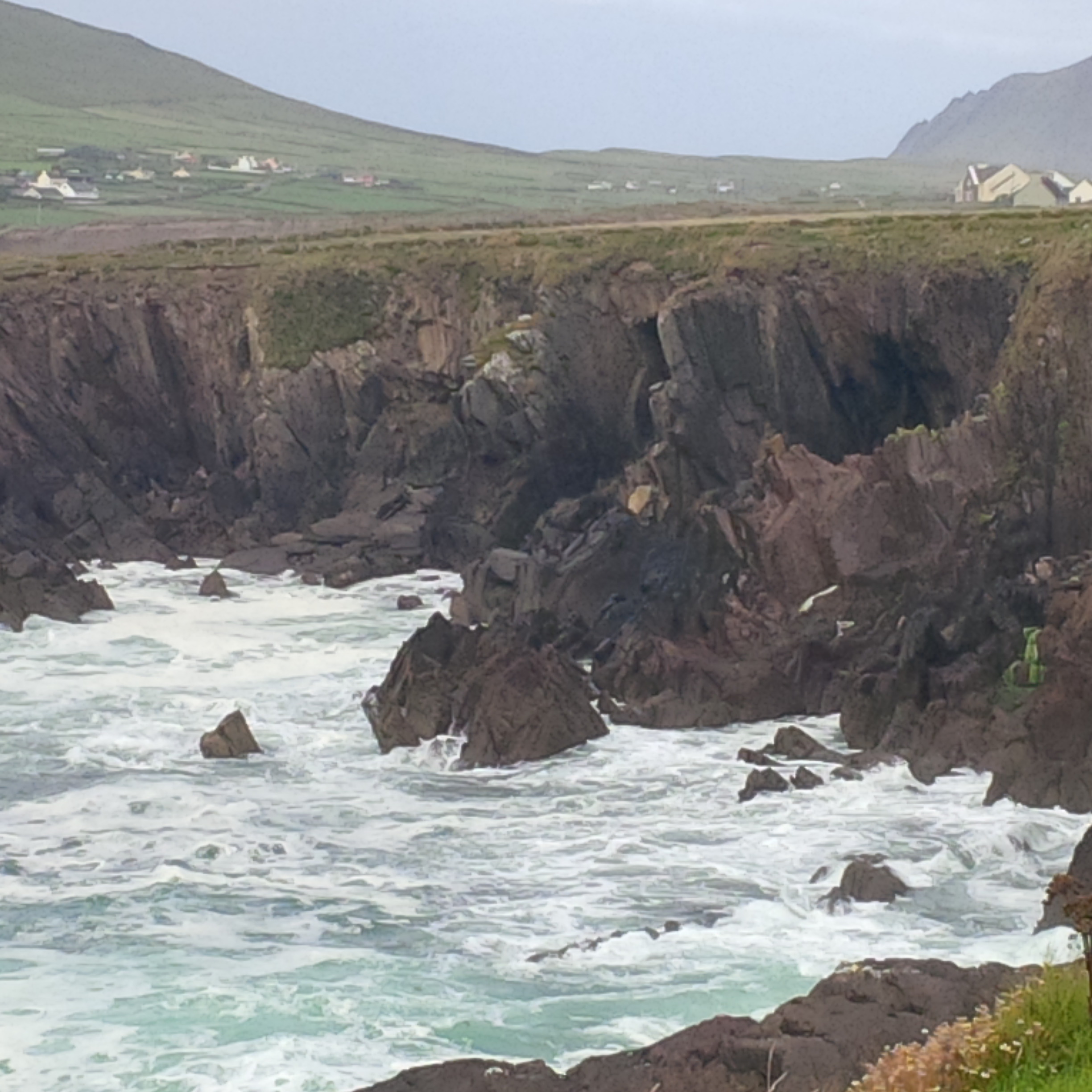 The waves came crashing on the rocky slopes, splashing and falling. Still, I sat down in the grass watching this show, to see again and again anew, resting, rebuilding, pounding and sinking again. They struck hard at the rock, which seemed to have nothing to do with it, but it was probably not the single wave that shaped it and dragged it, but thousands of them, with consistency and sustainability. I did not ask about the time when I could feel the warmth of the sun and smell the salty air. Far from home, and yet not so far that I had expected what I had experienced here, for this seemed to be a different world, with its expanse, which offered itself to me all around, the expanse of the land, the expanse of the sea , And I could not prevent myself from extending me as my gaze wandered to the horizon, then to be taken back again by the roar of the waves or the blinding of a sheep.

„Hello,“ I suddenly heard a rough but cheerful voice behind me, „Are you the new owner of the roundhouse?“

„Yes,“ I reply briefly, wondering where he knew that from.

„Then we’ll see you at PT’s,“ he added, then continued his way. I could not help asking what he meant. So it was that we had a long conversation, where I learned that this was a place with just 30 inhabitants and two pubs. One of them belonged to a man, they called  PT. In addition, there was nothing but a small shop, which was at the same time grocery store, drugstore, hard ware and post office.

„Where am I just blundered into?“ I thought to myself, as I walked back to my house with my small yield. As I walked past the pub, the thought came to my mind that I could stop for a beer or even a whiskey, but I left it, because that would mean I would meet people there and I would wanted to encapsulate me, not to see anyone, but even here, at the end of the world lived people, who also moved from their houses from time to time and met each other and talked to each other.

I endured it, for a few days I endured it, as long as my supplies were sufficient. I clawed behind my laptop. Barnabas sat opposite me, beside him my coin-box, which I scarcely claimed. He does not care whether I turn him on or not, I thought for myself, and yet I realized that I avoided him, as if I had guilty. I just wanted to crawl, even before him, but lock him into the closet, I could not get it done. He did nothing more than sit there like a doll, and looked at me with his rigid, lifeless eyes. During the day I had no problem with it, but at night, in the dim light of the fireplace and the screen lighting, his eyes got a bit pathetic through the rigidity. He began to frighten me, began to ghost through my dreams, but all I managed was to turn my back to him. He was bored me and I felt as lonely as I had never before, and I was angry that I did not have the courage to change it, but one evening when I could not stand his presence and look, at night, I past the cliffs, breathing in the sea air, and with every step I moved away from him I felt more lost. I approached the cliffs near, threatening. Sweet lure call!

„Come, let yourself fall, and everything will be fine,“ the waves seemed to whisper to me.

„All good! Yes, I want everything to be fine, „and I closed my eyes, ready to let myself fall, „Sweet silence … „