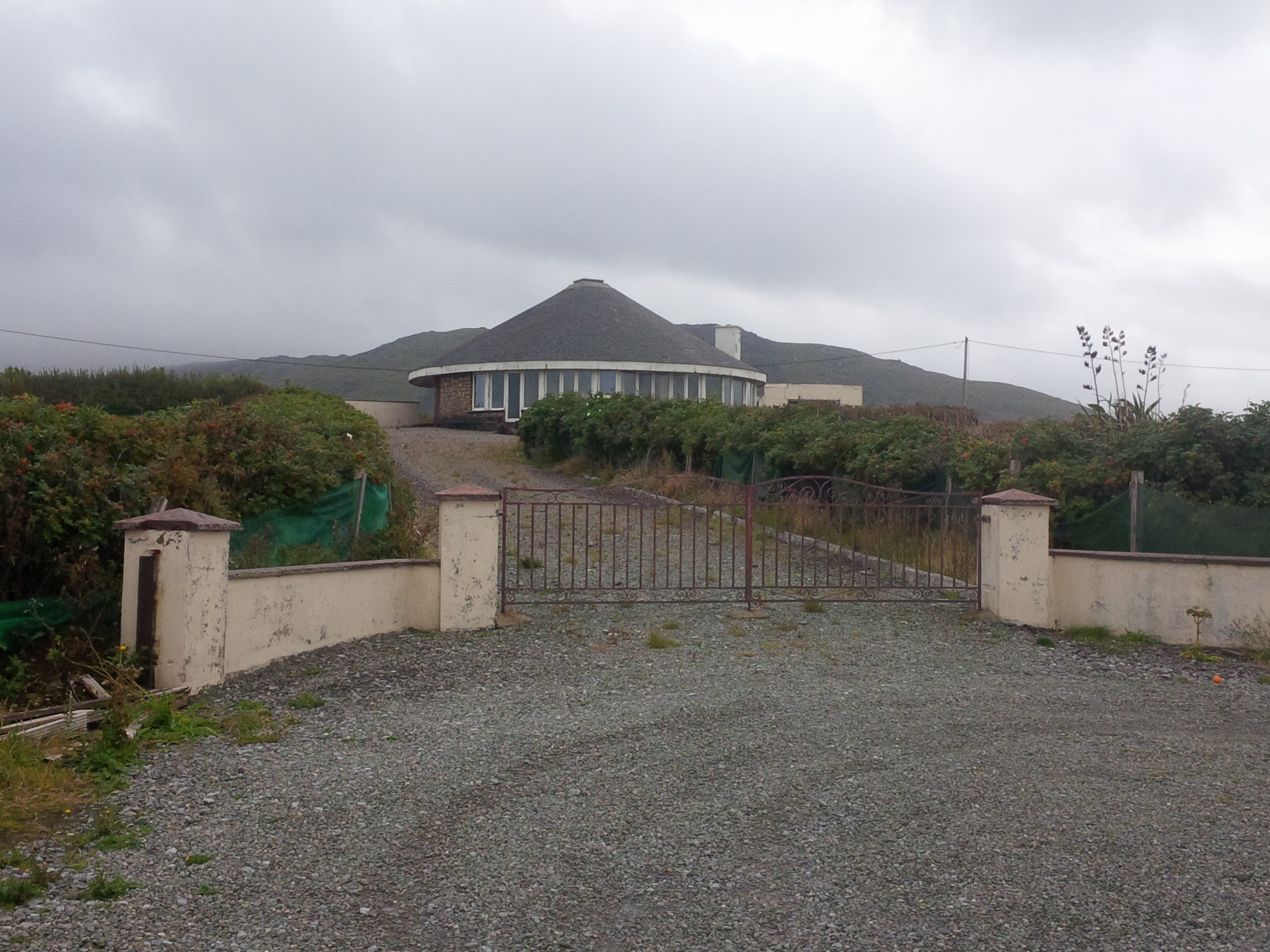 After a restless night at sea and several hours in a bus shaking at least as violently, I finally reached my destination, Ballydavid, a place on the west coast of the peninsula of Dingle, in County Kerry in the province of Munster. After a long search, I finally found a suitable house, a round, overlooking the Atlantic and far enough from adjacent houses. Of course, there would be a supermarket and a restaurant, and all the things I was used to from my hometown, but most of all, no one knew me and none of them would appeal to those unfortunate events.

The house was already furnished, but the garden was neglected and pulled through the windows. I saw that the house could be heated centrally by a fireplace, but I could not find any wood that could be fired. Meanwhile it was at the end of August and the evenings promised to be already cool, but above all it seemed by the proximity of the Atlantic humidity to prevail. To freeze was not at all in my idea of ​​a comfortable, cuddly retreat room. After I had unpacked the most important thing, that is, Barnabas and the laptop, I wanted to go straight into the work, but I had no choice but to drive out again to get as trivial things as food and fuel. Trivial, but nevertheless necessary, so I could concentrate on the work.

„Now you have spent so many hours in a crate, then it will probably not arrive for one or two hours more or less,“ I found myself talking to a lifeless doll when I put her on the couch and prepared myself to explore the village. If I had done this before, I would probably never have landed here. Sometimes it is not good to know exactly what is due. Probably one would then behave quite differently, but now I was there, and this decision to revise was not an option for me. After I had taken so many hardships, I wanted to stay. I even felt obliged to Barnabas, whom I would otherwise have completely blocked in a box for nothing. It would have been very difficult to explain this plausibly for him. The objection that he could not ask for any explanation, I did not admit, not even because it came from me.

Full of confidence, I entered the country road which passed before my house, but where should I turn? Left or right? Which direction did lead to the center? Then I found a footpath which led along the coast, obliquely from my gate. A look at the clock, which showed three o’clock in the afternoon, confirmed that I still had enough time to look around in peace, enough time to be able to take a wrong way. The path passed over a meadow, always past the steep cliffs. At first I only looked out over the sea, but the more I went, the closer I approached the rocks, began to see, hear, smell and feel. Quasi with all the senses, as Sarah Wegener had said. The thought shot through my head and the image of a couple who had spent many years together, seeming to form a unity in spite of the difference, the strength of their characters in a mysterious way, which I could not decipher symbiosis, but in a dwelling in her We, which offered enough room for both to unfold. I would never have thought it possible. Nevertheless, my own development was enough. There was no room for more personality. And slowly the mood of a moldy solitude unfolded, which can only outgrow one inadequate togetherness.