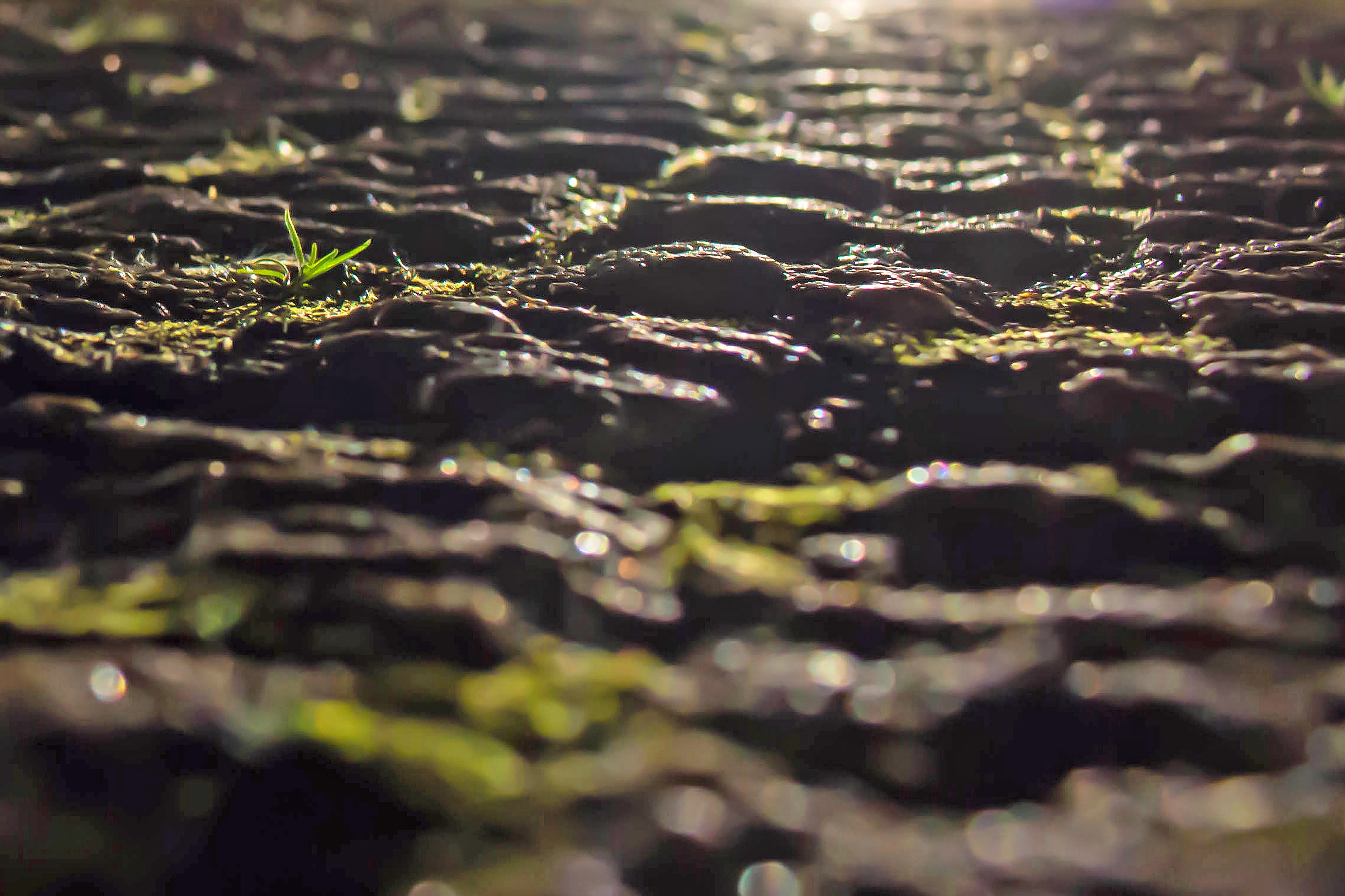 Of course, it’s not like it was all nothing. Nothing could not have been. Nothing has no expansion, neither in space nor in time. So, it must have been something. Yes, it certainly was something, because a something could have been, can and still is, maybe. Or not.

It is, of course, that something has been. Maybe we can still communicate about that. No, we cannot even talk about that anymore because we cannot communicate anymore. Could we do it? Yes, I think that’s what it was.

It is so hard to remember, to let in, to something that is so soft that it is drowned out by the sound of stones crunching under my feet.

It is, of course, that we are walking a path, a path that we have started together, a path we have fulfilled and filled together with life, in a common in the being, in a shared being that was in me that I was and now only means more emptiness, hollowed out and meaningless. I know it was, but I do not know what it was.

It is, of course, that we are going a way, as usual, out of habit, out of fear, out of recklessness, for want of better possibilities, out of carelessness, out of comfort, a way we have started as a common, a way that we have fulfilled in life together, and now is called side by side. Walk it like two people who have nothing in common, but the chance to master exactly this piece at the same time, nothing more.

It is so hard to approach each other when the call is so soft that it is drowned out by the sound of stones crunching under my feet.

It is so hard to understand when the words are so soft that they are drowned out by the sound of stones crunching under my feet.

2 Gedanken zu “When the stones crunch under my feet”