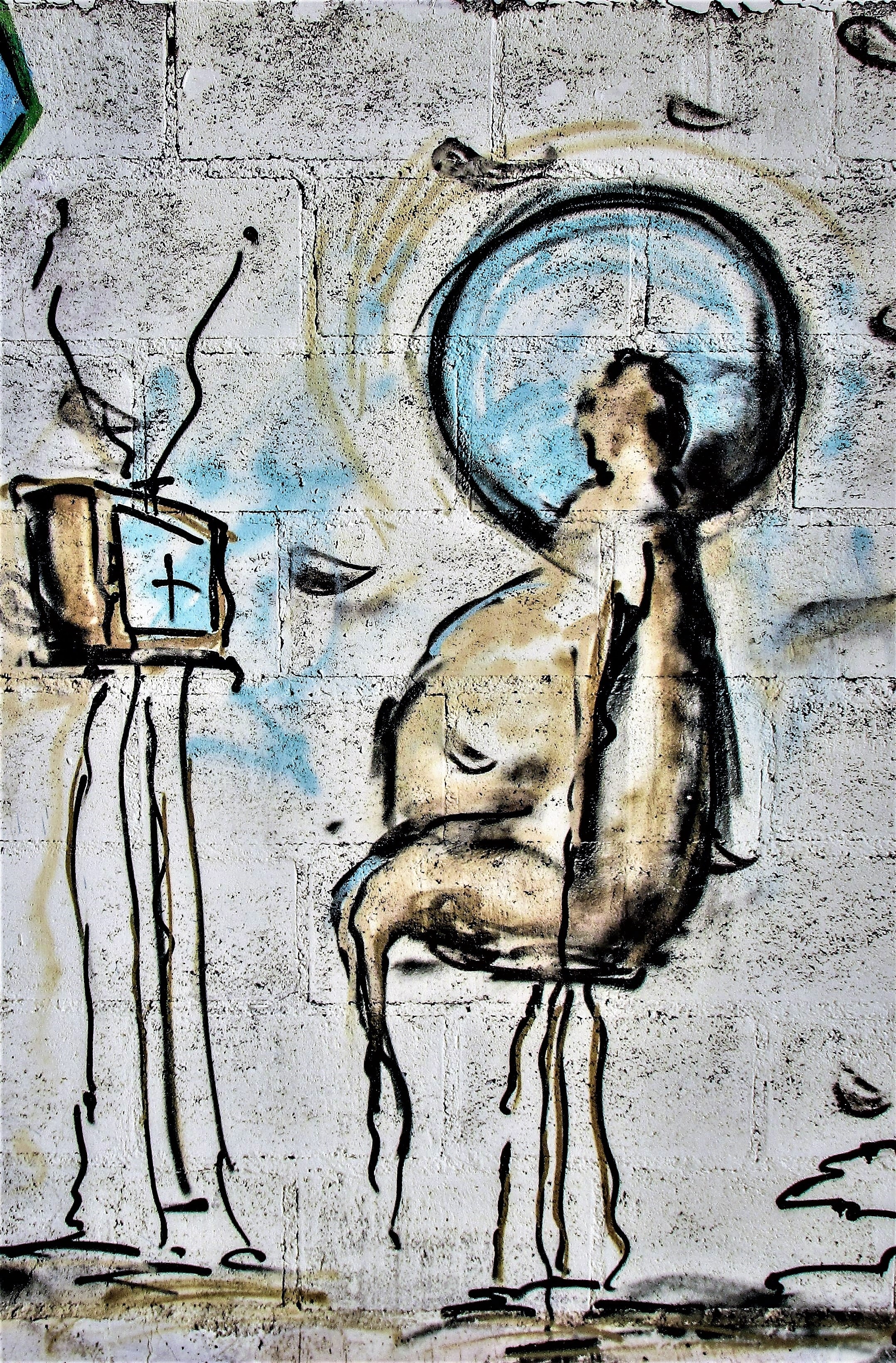 You’re lying down on the couch, graceful like the Venus of Willendorf, maybe a bit wide-legged, picturesquely underlined by the flickering of the screen and the inevitable acoustic accompaniments of a football game, commented with delicate grunts. Meanwhile, I can distinguish them, I have settled into the male pattern of communication, can distinguish between „Bring me a beer!“ Or „Bring me a beer!“.

I stand in the door and smile, because I carry wonderful memories with me, such as colonoscopy, dental appointments or parental leave – and then I know, despite you,
is it still there, heaven on earth.

You’re lying down on the couch, graceful like Venus of Willendorf, maybe a bit broad-legged, and the grunt has turned into a snore. You burned yourself, then, in your time, your courtship around me, shaking as you were testosterone, you still manage to take your last mental powers together, to articulate a few human intelligible words, but then, when the couch was there and the TV, then you had to recover from the intellectual strain. For a moment I thought it would go on, you would talk to me, but you are so cute with your big, silly ox eyes, so that I did not give up yet, trying to talk to you, but my words were lost like drops of water a parched desert landscape.

I stand in the door and smile, because tomorrow I will have the lock exchanged and put your suitcases on the road – and then I know, despite you, it still exists, heaven on earth.

You’re lying down on the couch, graceful like the Venus of Willendorf, maybe a bit broad-legged, and in your sleep your saliva runs down your cheek. You remind me of a shiny-eyed walrus. Lock exchanged and suitcases in front of the door, and you will run to your girlfriend, straight. For a moment I thought about writing her, but then maybe she would not have wanted you any more, would have left you to me. Someone is always left holding the baby. I like to give it up after having had it long enough, so long that I already thought it belonged to it, but from the beginning came the memory again, at times when the couch was for us both, a time when the coffee table was not packed with empty beer cans and chipsbags.

Gingivitis and ingrown toenails and renal colic, come to mind spontaneously – and then I know, despite you, it still exists, heaven on earth.

You’re lying down on the couch, graceful like the Venus of Willendorf, maybe a bit broad-legged. You’re the soup I broke in – I spooned it until vomiting. You are the state in which I bedded myself – and I endured it, until I was completely sore. You are not guilty, because I asked what you could not afford, but wanted more than eyesight and grunts and snoring. How dare I expect more than that? I punish myself.

Tomorrow, when the lock is changed and your bags are on the street, I’m on vacation in a leper colony or in a South African mine or in a Romanian orphanage – and then I know, despite you, it still exists, heaven on earth.