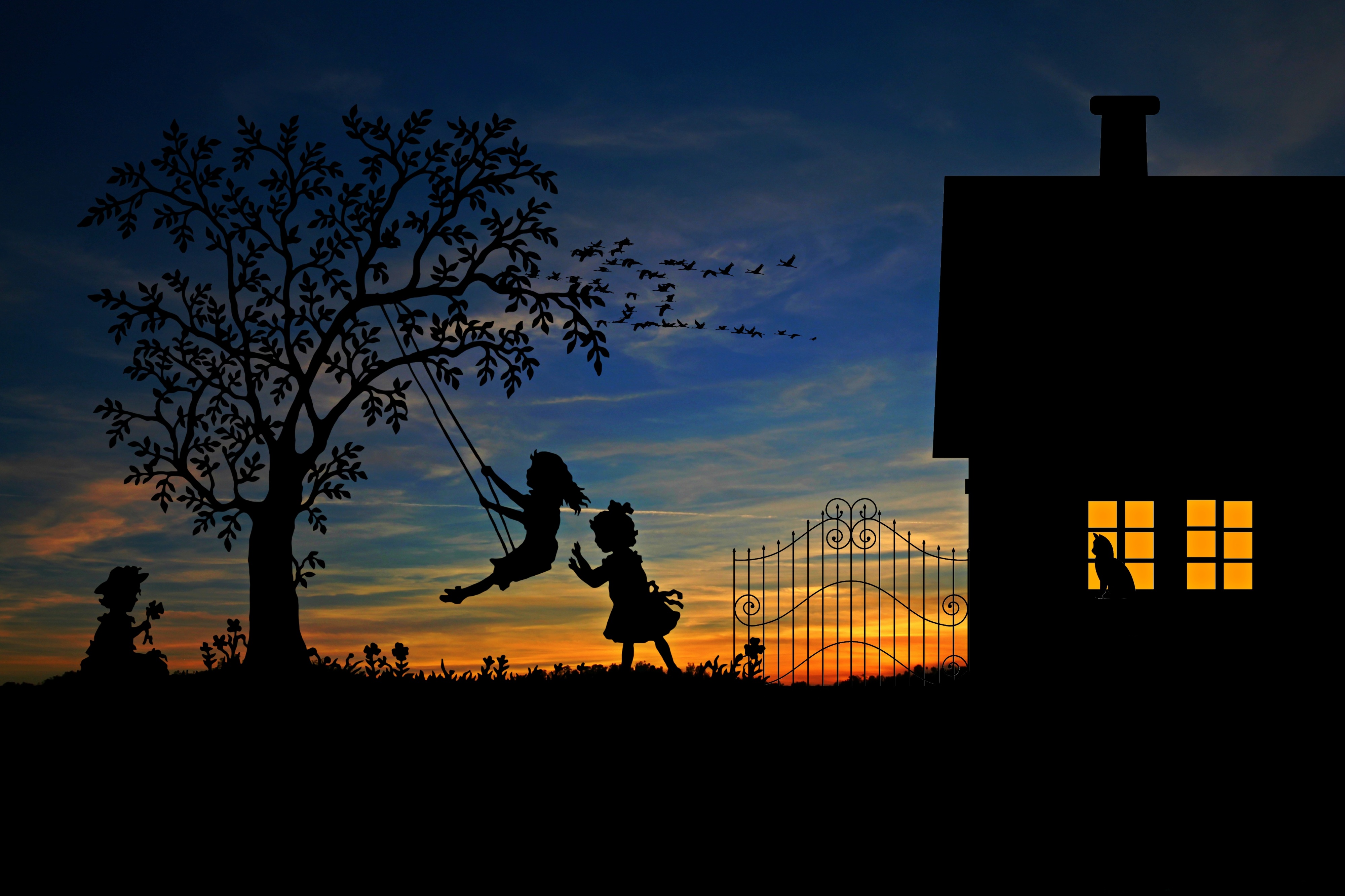 At the moment, I can identify two tendencies in the area of ​​family policy: the increased deportation of children into their own spheres of life and the urge for parents to return to work as quickly as possible. The question is: Does this contribute to the well-being of those affected?


Of course it sounds great, second obligatory kindergarten year. Then you bring out the children, who are only parked in front of the TV, children who cannot speak German, because at home the native language of the parents is spoken, integrated, learn German and get fit for the school and children who never get out allowed to play outside again. In short, the children are deprived of the arbitrariness of the parents, so that they grow up happy and content and laughing.

Yes, it sounds good. It is wonderful that the Federation of Industrialists is so vehemently committed to this goal, whereby it is often overlooked what the actual aim of this measure is, namely the rearing of functioning workers. There is again a misconception that both the socialist and the bourgeois side, like to fall victim to: That the existing work is too little, then that we could really accommodate all of these conditioned people. But instead of thinking about a new definition, we prefer to breed more human capital, which is then increasingly burned into unemployment. For now, this only applies to children with deficits because the budget is not enough for everyone. But how do you find these kids? Will three-year-olds now have to undergo an appropriate test or will pediatricians be provided with a list that will help them find out whether a child needs forced internment or not? One has to imagine what that means, second obligatory kindergarten year:

The parents are deprived of their children one year earlier, and there may be parents who do not care, who make their children sober in front of the TV and talk nothing to them, but there are also others who do a lot with the children who do take care of and go out with them, meet friends and just let them be a child, which is not possible in a pedagogically deformed environment such as the kindergarten, especially if now the kindergarten teachers have to be academically educated, that the last remnants of empathy and common sense expelled them and buried under knowledge of the ridiculously many pedagogical instructions. Then the parents have to ask for permission and apologize if they do not send their child to kindergarten because they have a holiday week and maybe want to drive away in between. Or if you have a doctor’s appointment.

What the children should learn is, preparing for their working life, discipline. One has to arrive every day at a certain time at a certain place and stay there as long as it is given. With this, the children disappear from the streets and out of the houses. It is dangerous. Out there, but not because the children are inattentive, but because urban planning and life planning are geared towards the efficiency of the worker rather than the demands of the children. It would be easy to design residential areas in such a way that the cars would have to stay outside so that the children could just go out and meet with others as they used to do in the past. It would be possible again for the children to go to some flat if the parents did not have to be integrated into the work process as early as possible. It may be that we are happy to hear the sound of children laughing, racing, romping and jumping, which, by the way, is not as loud as engine noise, which we have no complaints about and no harmful emissions.

Instead, children are increasingly being deported, from kindergarten through school to work. They should work. Do not have fun. I do not know a single pedagogical direction in which fun and joy are a category. However, once you have seen how children can delve into a task that pleases them, they would no longer worry that they lacked discipline. It is missing only when they see no meaning in their activity. But instead of giving meaning to activities, discipline is drummed to vomit. You are allowed to go out in the kindergarten in the garden? Great.

But why are they not allowed to do it anymore? Why do I no longer see tree houses in the forest or children building camps? Because they are not allowed to, because life is too dangerous and we have to pack them into educational cotton so that the parents can work. There should be parents who want that, who already initiate everything during pregnancy, that the children from the eighth week somewhere be housed. It is her right. I do not agree with that, but he also wants to give parents who want to spend time with their children, who want to have them with them, even until the beginning of school. It’s not the care that needs to be changed, it’s the society that rejuvenates children, lets them live and breathe, and does not bother that they are what they are, children. A world of life should be created in which man again has priority and not mobility. Structures should be created to enable children to re-participate in life.