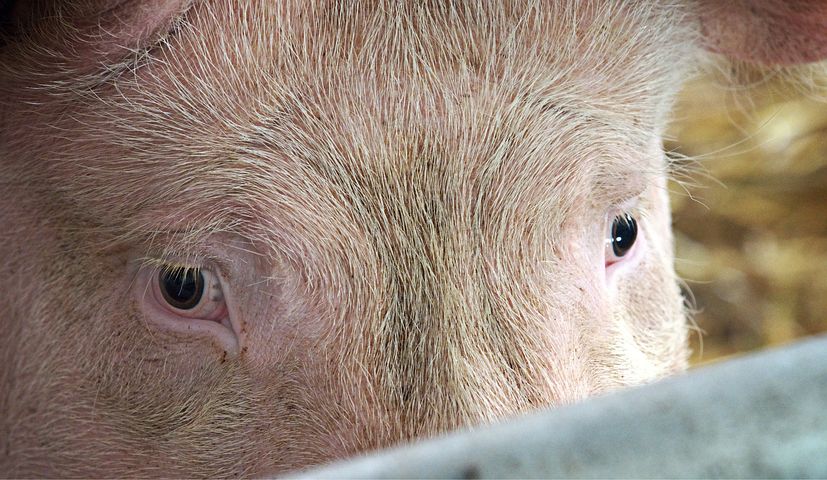 Farmers are entrepreneurs, those who grow crops as well as those who breed animals. Both crops and animal products are for the farmer nothing more than commodities that he wants to market as effectively as possible, because after all, it is about his livelihood, his and that of his family. Now it is well known, one contrasts effort and income, that agriculture is not one of the industries in which one earns a golden nose. Therefore, the farmer – like any clever merchant – must strive to produce as efficiently as possible. In the case of crops, as much of the available area as possible must be extracted. Provide the animals with as much animal products as possible in as little time as possible. The longer an animal stands in the barn from birth to slaughter, the higher the costs for the farmer. Thus, the growth time is reduced to a minimum by means of appropriate feed. But also, the space requirement is kept as small as possible, because that too costs money. He also has to be careful to make all other parameters more efficient.

A laying hen has a life of about two years, because in these two years, it shows the highest egg production. As soon as she loses it, she is sent to Holland for disposal. But not every chicken is allowed to grow. So, it contradicts those efficiency criteria to raise a cock, so that in Germany about 50 million chicks are destroyed right after hatching, more specifically male chicks, because they show significant disadvantages. First of all, they need more time to grow and thus generate higher costs until slaughter. Second, they naturally do not lay eggs. Third, they produce less meat that can be sold. All this makes them unattractive to farmers and causes them to be purposefully disposed of, either shredded or gassed.

The animals are still crowded together, with the corresponding consequential damage. So milk cows are the horns removed so they need less space. But also the removal of the calf from the suckle cow within a very short time corresponds exactly to those efficiency criteria, because a suckle cow suckling a calf fails for the milk production and means a cost factor, which does not confront any income. And yes, a cow must first get a calf to give milk, because by nature the milk of the cow is meant for the calf, like the milk of the woman for the baby. In addition, the meat should not only be used quickly, but also taste good. The meat of boars, however, may take on a peculiar taste after sexual maturity, which some find unpleasant. So that does not happen at all, young boars are castrated by hand, without anesthesia. After all, 20 million a year in Germany.

All these things are facts, they happen, even in Austria. Why they happen is clear, because the competition also in this sector requires it. These are not big secrets, but open facts that anyone can check. However, what you do with this knowledge should be up to you. Some now say that they do not want to support that and turn their diet to vegan. Others only buy their animal products from organic farmers. The last opportunity is to take note and continue to live and above all to eat as before. No matter what decision you make for yourself, it is always a decision for or against this way of dealing with animals.