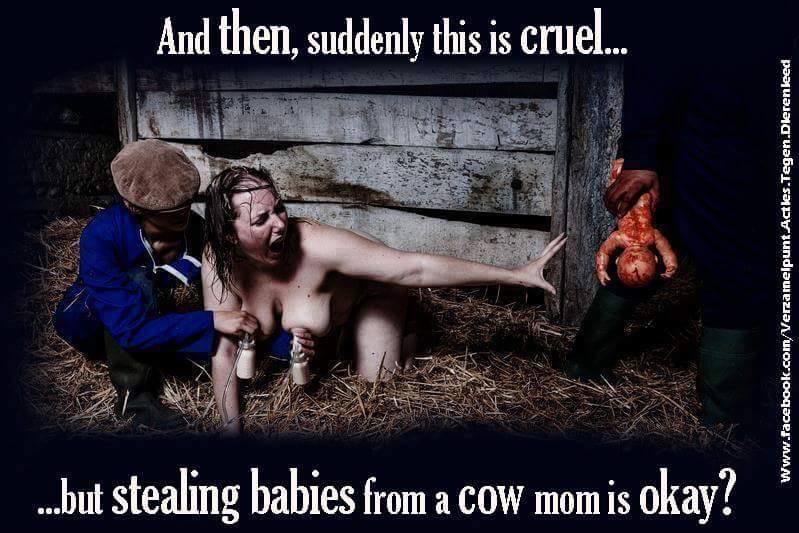 The cow, like humans, is a mammal. For a mammal to produce milk, it must have a baby. For example, female cows that are used for milk production are artificially inseminated as early as possible and give birth to a calf after nine months, which is immediately taken away from them, as otherwise they would simply drink away the milk. Instead, get enriched soy milk. To produce one liter of milk, the heart has to pump 500 liters of blood through the udder. This results in 20,000 liters with a milk yield of 40 liters per day, which is the rule, at least in the dairy industry. Of course, that would be six liters a day. In addition, there are about 50,000 pumping powers for the liver, which is crucial for the metabolism, in addition to the circulation of the rest of the body.

This performance is comparable to that of a racehorse at a gallop. She denies quasi four to six times a day a marathon, seven days a week, 44 weeks a year. Not only do these cows have to get enormous amounts of concentrates, much of which comes from South America, they also do not last long and have to be disposed of after a few years. In addition, a common disease among dairy cows is the udder inflammation. Not only does the cow suffer as a result, so does the number of endogenous cells in the milk. The cow’s body defends itself. If a value of 100,000 cells per milliliter of milk is desirable, values ​​above 200,000 are questionable, with more than 400,000 can be assumed by an udder inflammation. Actually, this milk should not be drunk anymore. Nevertheless, she gets into the milk pack, because the farmer simply mixes the milk of udder sick cows with that of healthier ones and thus falls below the cell number. This is how milk from sick cows becomes healthy food.

Yes, for calves. Just as composition of human breast milk is tailored to the needs of the baby, so too is the milk of cows – adapted to the needs of the calf, not of the human. Nevertheless, it is still being propagated that cow’s milk is healthy for humans. We are still being told that cow’s milk is good for bones and muscles and that it makes you smart. What is really true of this?

Of course, milk producers and distributors are interested in people believing in it. The approach is to select substances from a harmful product that are indisputably important for the diet, which manipulatively enhances the whole food. Especially the calcium and protein content is highlighted. However, protein is to be distinguished between animal and vegetable. The animal protein is an extremely potent promoter of cancer growth. „Which protein proved consistently strong and sustainable as a carcinogen? Casein, which accounts for 87% of the protein in cow’s milk, promoted all stages of cancer growth. Which type of protein proved to be not conducive to carcinogenesis when administered at high doses? The safe proteins were of plant origin e.g. from wheat and soya. „(China Study, p. 6) As for calcium, milk is actually high in calcium, but it can not be absorbed and used by the body. In addition, the high content of sulfur-containing amino acids leads to significant calcium losses through the kidneys. Therefore, the rates of osteoporosis are highest in countries that consume a lot of milk. In addition, the milk contains a myriad of hormones such as growth, pregnancy, sex hormones etc.

Never before has it been so easy to get comprehensive information. Let’s do it!