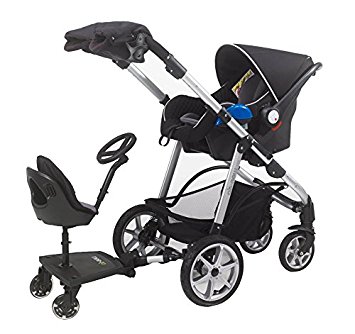 But even more impressive than the joy of moving a three-year-old is what the mother strappes onto her back, the wrap-around backpack.
„Thank goodness I’ve already packed that yesterday“, says my girlfriend and heaves the heavy bag on her back.
„The last time I camp,“ I think to myself, „I also had so much luggage with me. What was all about it?“ She sways slightly, but at the last moment she finds her balance by holding on to the stroller. Whether she had complained that extra weight for such cases?
„Now why not chat out of the sewing box,“ I ask her, while we manage to leave the garden behind and steer towards the playground, „What are you left with in your backpack? It looks like you have the whole household with you. „
„Out of the sewing box …“, she repeats musingly.

I, quasi as a walking etymological dictionary and world champion in speed reading on Wikipedia, clarify them on the origin of this phrase on the fly. Chatting out of the sewing box means (now the explanation follows. Whoever knows it can skip this section and continue with the next paragraph), reveal secrets, because two centuries ago women kept their secret letters in their sewing box, because hardly a man would have lowered to touch something embarrassing feminine. When the women met for common sew circle, they read each other’s letters or not. So, nothing has changed except that there are no more sew circles and the messages are on the phone, which you can bar very well. For just that sewing box with the love letters of the lover was the fate of a certain Effi Briest, which must have been known with a Mr. Fontane, Theodor Fontane, because he tells us that the husband of Effi Briest did not care about the bean, that the sewing box was taboo for the men, found the letter, liquidated the lover and chased the infidelity out of the house, or something like that.

„I understand,“ says my girlfriend, „But a wrap-around backpack is not a sewing box, so everything is completely open and no miracle.“
Interested, I look at the dark blue backpack with the white emblem in the middle, on which the brand name, which I do not name, stands in dark blue letters. Finally, I get nothing from Nivea. But by the way, for many there is no longer the word wrap-around backpack, so busy the Fa. Beiersdorf shows in their promotional activities, so that only of the Nivea backpack is spoken, and yet every initiate knows what is meant. A sworn community, an exclusive secret circle. Just as no-one would ever think of sticking with tape, just Tixo or hardly any glue instead of Uhu, today’s wrap-around backpack was simply a Nivea backpack. If you look at each other from a distance, you just turn your back and know you’re in the same league. Accordingly, the interior of the backpack must be exquisite, I imagine, nothing but branded items.

„First of all, there’s the changing mat in there. Then a little something to drink for the children. Now I do not know in advance if she prefers juice or water. That’s why I have both. In addition, a milk bottle with for the little one. I can do that, as I would have to understand by itself, but you probably do not know,“ and she almost gives me a punishing look at my ignorance, „because you’re not in a position to have children.“
Here I finally sink my eyes guiltily, that until now I have neglectfully refrained from providing my stomach for the preservation of our nation, because truly there is no greater task. I decide to catch up on the next best opportunity.