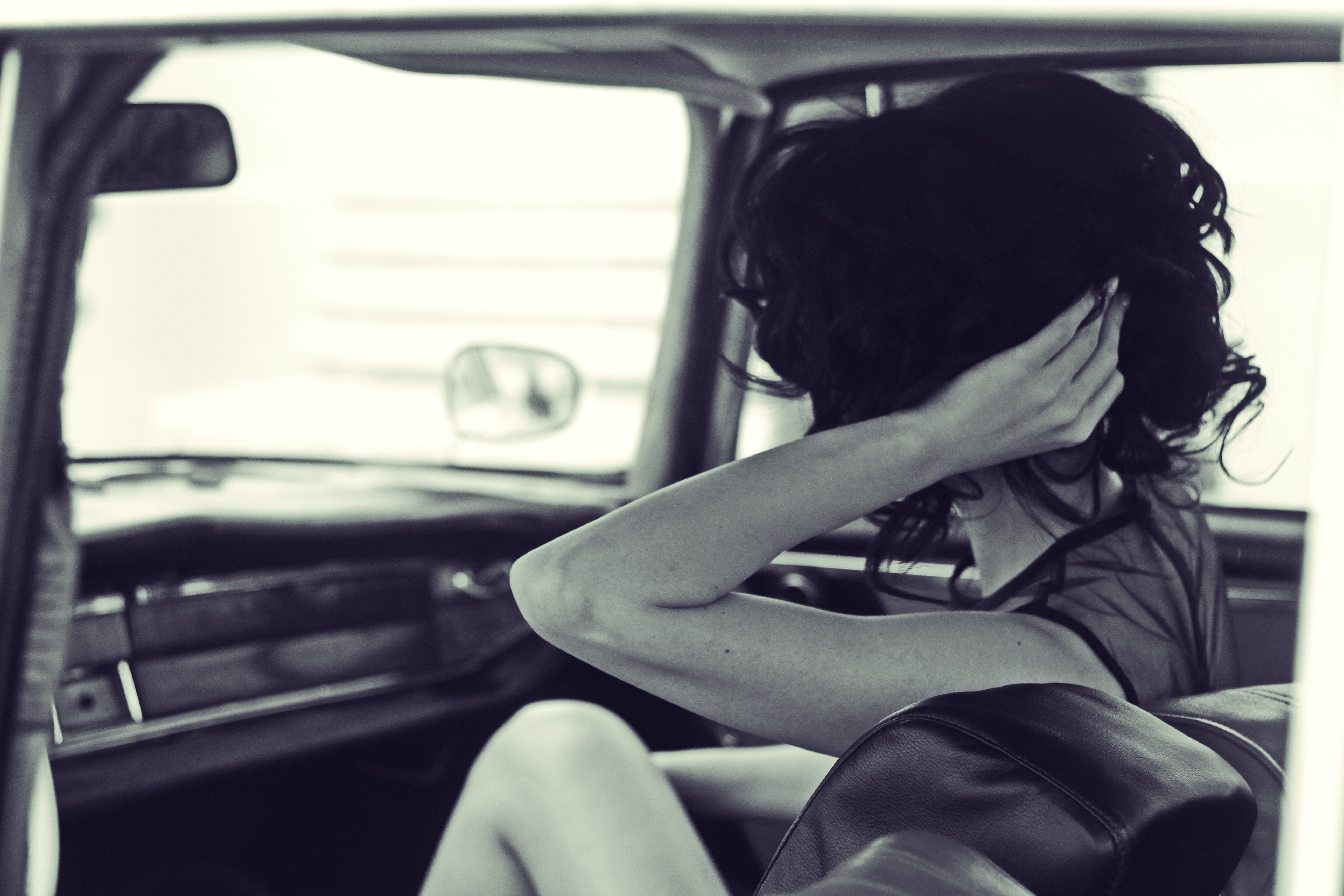 Loud horn made Sebastian startle. Where was he? What was going on? Why was it so loud in his head? Only then did he realize that the horn did not come out of his head but was caused by impatient drivers behind him. As if it really mattered if you would cross the traffic light at this green phase or at any other. He decided not to engage in any discussion in this regard, because for those who stood behind him, it actually seemed to matter because the honking now had something of a grudge that made him not only feed his head, but also promptly to set foot on the gas pedal, but to take it away immediately, because the green phase was finally over. He decided to be more attentive, even though it was hard for him. He had the best reason in the world to be inattentive. Only who would understand that when it was difficult for him.

„Are you taking me with you?“ Sandy asked, her arms casually supported on the frame of the passenger door window as she stretched her back and shook her flirtatiously with her bum. She had stood by the side of the road and had her thumb in the air. He usually left hitchhikers on the left. Not because he was not helpful, on the contrary, but there were more and more stories about how young girls took advantage of this situation. This was supposedly to extortion, but when he saw her standing there, in her short summer skirt, the tight top there he could not help it. He was only a man after all. Actually, so now was another voice in his heart to hear, he should warn her. As pretty as she was, with her brown ringlets and crystal clear green eyes, sparkling with zest for life and curiosity, she had to be wary of older men. In front of men like him, how he instantly added. That was the educational voice in him, the caring, but she was much quieter than the other. So instead, he asked, „Where do you like to go?“
„There, where you go,“ was her curt answer, and she was already in the car.
„You do not know where I’m going,“ he replied, frowning, even though at that moment it did not really matter where he was going.
„But we live very close to each other. You were my coach, well, that was a long time ago,“ she explained, adding to his confusion. It was true, he had trained the handball team, but that was at least, yes, how long ago, and then only for a short time. He looked again at her to find the features of the child in her face that he had known then, but it was in vain.
„I’m Sandy,“ she helped him out. Patience with older men had probably never been her strength, it shot through his mind, as the fog slowly cleared and he finally began to remember, „Did not you really recognize me?“
„Listen, that’s at least …“, he tried to somehow get the time to the straight when she interrupted him,
„… eight years ago, and not at least, but exactly.“
„Yes, eight years, and you seriously mean that I do not recognize you so well, nothing to you,“ he said in amusement, „you have to admit that you’ve changed a lot.“
„That can be, but I immediately recognized you, including the car. Even that’s the same as it was back then,” she replied with a smile.
„Fool, around 40 you do not change much, young lady, and so you know, I’m hanging on my car,“ he explained, straining to put as much emphasis into his voice as possible.
„One should not hang his heart on things,“ she said only briefly.
„Now I remember exactly, you were so loud even then,“ he complained, which was not quite as he had intended, „but then at least I know where you live.“
„Do you think I just got into a car like a stranger,“ she explained. „That can be dangerous.“
„Yes, actually,“ he had to admit.

And when he stopped the car in front of the house where she lived, she pressed him, without warning, a kiss on the cheek, „What do you think, you come to the game on Saturday?“ Speech and jumped out of the car without waiting for an answer. As if he had a choice.