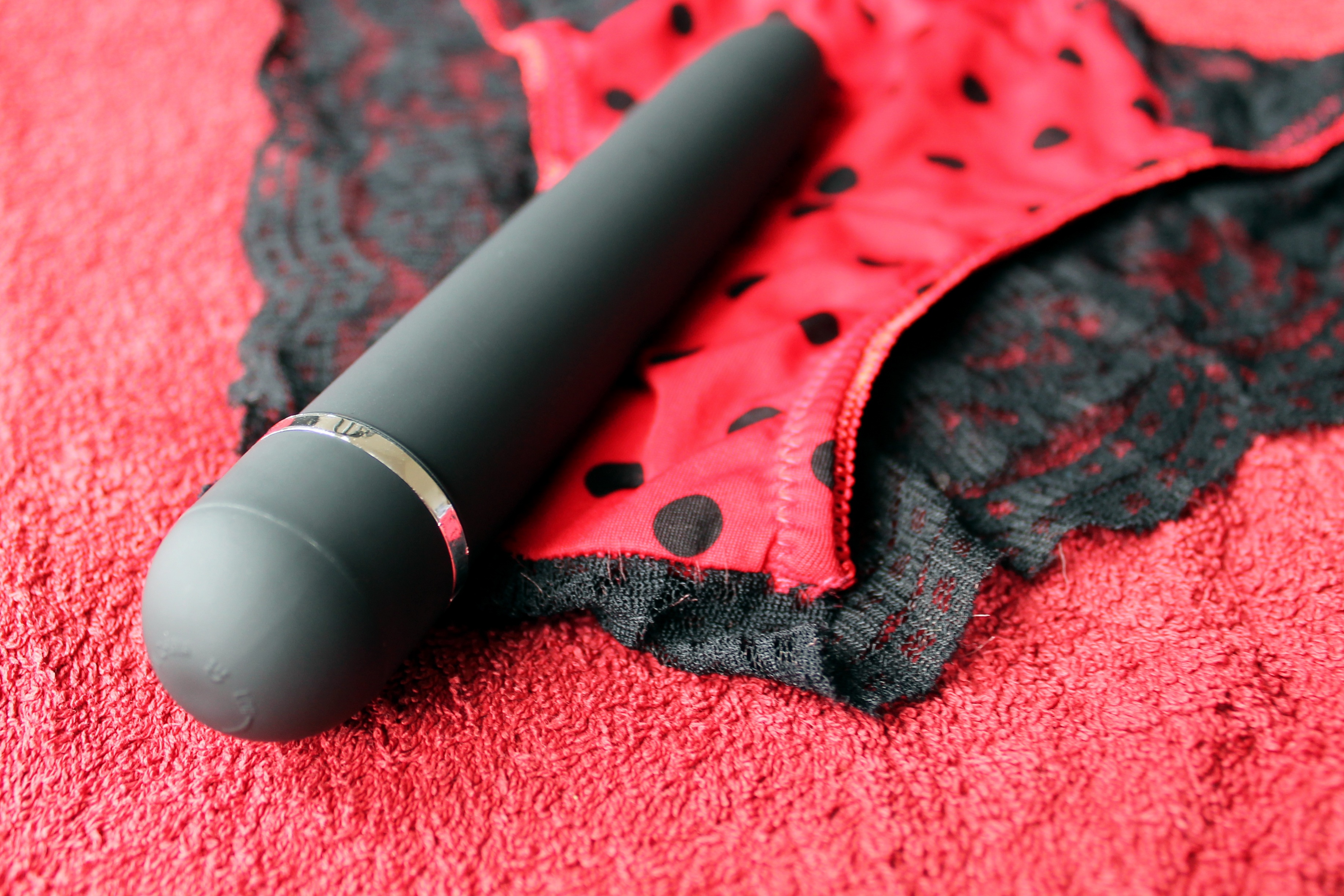 „30% of women do not come to the climax regularly or not,“ we are told in advertising. That is probably the truth. Apparently, a problem is seen in it, which it certainly is, because fulfilling sexuality gives a better body feeling, increases the immune system, promotes blood circulation, makes happy, by the release of various hormones. So far, so right. And because we do not stop at a problem, a solution is offered immediately. Basically, I find solution-oriented approaches very commendable, but only if the solution is one, and not just a shift in the problem. Because it is simply about the sale of vibrators, because economically speaking, a solution can only be one if someone spends money on it. On the other hand, there would not be much to say if women’s incapacitation and the degradation of female sexuality were not involved. But that’s exactly what it’s all about because it tells the woman that she’s not the mistress of her body or her sexuality. „You cannot do it alone“, it suggests, „You need help.“ And this help leads to alienation and dependency. It would be much easier, but nobody deserves it.

Adulthood, free after Kant, is the ability to use one’s mind without the help of another. Today, women are in the midst of life, taking responsibility and shaping the public image. So, you are used to solving problems, so you use your own mind. You would also rightly go to the barricades, someone would try to deny them this right, or even – as it was until the mid-20th century. It was common practice – to deny them the intellect in general. Strangely, they have no problem with it when it comes to the maturity to know their body and to offer it what it needs. But how am I supposed to demand respect for something from someone else I cannot afford myself? Therefore, the #MeToo action ultimately ends up in void, as the other’s dealings with the female body are just a reflection of their own dealings. In turn, I can only have respect for something I know. Therefore, the first step towards satisfying sexuality is to get to know your body, to explore it, and to be good to it. Even learn what I want and need. I take my time and walk around with care, let myself drift, and realize that I need nothing more than imagination and healthy fingers. If I am aware of myself through the free, appreciative handling of my body, the performance will be different, making it harder to be a victim. The esteem that I show towards myself, I can also demand of others.

The dignity of female sexuality is grounded in itself. The female body is a marvel of connectedness and interaction. Branched nerve pathways send impulses from the vital center, the vulva, the vagina to the brain, and vice versa. The interaction, as it may happen, between thinking and feeling and creativity is a fine web that keeps pulsing and weaving. The more this interaction is used, the more intense it becomes. So, creativity and sexuality are in exchange. Satisfying sexuality promotes creativity, and creativity promotes fulfilling sexuality. Behind it lies a profoundly personal process that requires understanding and careful dealing.

The dignity of female sexuality, the maturity of the woman in her love life can only be attained when I am with myself and my body, accepting, recognizing, exploring and lovingly exploring it. I stand up for myself, as a whole person. Then my sex life will be fulfilled. More is not needed, and certainly not the dirt that is sold to us.