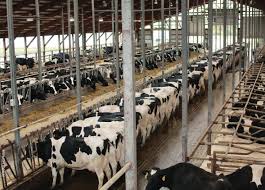 „Millions of people on this planet are suffering, but when we care about the rights of animals, we also take care of these people,“ said Martinique.
„How may I understand that? What does one have to do with the other?“ Christian asked.
„Everything has to do with everything, and since human beings are only animals, of course, animal rights activism is also human rights activism, and that includes the other, yes, the first one involves much more,“ said Martinique.
„That’s a certain philosophical convenience,“ Christian interjected. „Isn’t it perhaps possible to explain it a bit more concrete?“

„It happened at dawn in a small village, somewhere in the vastness of Brazil. Everyone was still sleeping soundly. Two children had been born during the night, one human and one cow child. But those who came to invade them did not care at all,“ began Martinique. „The men who came, surprisingly, had been paid to drive the people out of the village. They came into the house and chased the women and children away. They killed the father, that of the human child. The cow’s kid, too. They went from house to house until no one was there. And when all had fled except for those who had slain, they burned down the houses, destroyed the harvest. Within a short time, all work had been destroyed. The inhabitants of the village who were allowed to survive had nothing more than their bare existence. All their possessions had been taken from them. Homeless they wandered around. And why all this? Because some CEO had ordered that he needed the land. That’s why people were driven out or killed. And there was nobody there who objected, because if a corporation needs land to grow GM soy, then it has to be left to it. Otherwise they would take it. Otherwise they take it. Soon, nothing would be seen as soybean plants for miles. Where previously a colorful bustle of different colors had prevailed, there was now monotony confiscated. Where previously people had found work, now only a few were needed, which could serve the large machines. Tons of pesticides are used so that the plants grow at all. And when they pull off again to conquer new land, then the ground has burned out and become useless. But the soy is not used to feed the people of Brazil, but it is exported to the so-called first world, so that the animals can be fattened in the animal factories, so we run our vehicles with biofuel. And the people of Brazil are starving beside the abundant harvest. Whoever eats meat in the first world, drives people from all over South America out of their country, taking away their home, their future and their income. Who eats meat, makes people hungry. And the name of the girl who was born that night was Julia. Somewhere in the slums she would grow up, between garbage and filthy water, if she survived it. „
„If we abolish factory farming, then we do not need to import soy anymore, because the soybeans humans need, can be grown in our country, and no rainforests would have to be cleared and people could keep their land,“ Christian said.
„If we abolish factory farming, people would not have to go hungry,“ Martinique agreed, „but that’s not the only thing that benefits animal rights activism.“
„What else is there?“ Christian asked, quite interested.
„Halting environmental degradation, for example,“ Martinique said succinctly, „clean air, clean water and non-toxic foods. Does that sound like it’s good for humans?“