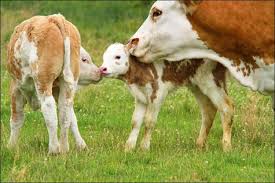 Christian sat down on the couch. Martinique on the ground. She always did that when she wanted to think fully. Connectedness. And if it was just the floor of a room.
„It used to be a mystery, a secret,“ Martinique began, communicating her thoughts, „then people discovered the mystery, demystified it. We now know about the connections and the process. „
„That’s wonderful to know,“ said Christian.
„Of course it is,“ Martinique confirmed. „But what was made of the knowledge? The female animal was degraded to the living brood chamber in which the fetus or embryo matured. The normal process of pregnancy and childbirth was torn from her and subjected to technique. Thus to a male domain. The baby to the product and property of the creator of the technique. With ultrasound is observed how it develops, the birth under the guidance of a doctor to a process that requires no interference of the birth machine. You know better. „
„But modern medicine has helped many,“ Christian interjected.

„A woman becomes pregnant,“ Martinique said. „She has an ultrasound scan every month, following a detailed plan. So that you also know that the product develops in your body accordingly. And if the mother lives in a culture in which girls are not wanted, you can also find the gender in time to get rid of it. That the error rate is relatively high, is another matter, but that falls just under collateral damage. And in the end best a caesarean section. This can be scheduled and the woman can already plan her first day of work, the entrance to the nursery, so that the woman does not even imagine to have become a mother and the child as soon as possible incorporated into the state education system.

Hens in the industry are egg producers. Every day they lay an egg, which is taken away immediately. They lay because their children are deprived of them day after day, until their bodies have completely exhausted, until they literally collapse from calcium deficiency. And she never saw her kids.

Since the mother pig is doing much better. Held in place by iron bars, she has her babies next to her, but she cannot shepherd them or take care of them because she cannot move. Just a body with teats on it. A living mammal, and as soon as they are weaned, the little ones, they too get away.

The cow, with breasts almost filled to bursting, gives birth to her child, who is immediately taken away. It could come up with the idea to drink at the breasts. No, it could not, it certainly makes it. The calf was only begotten that the mother has milk intended for human beings. The calf must be satisfied with cheap milk substitute.

We take everything, their dignity, their freedom, their self-determination and their children. Because we can, behind closed doors. Nobody should see. And who opens the doors is a traitor.

For mothers, you have to be a little subtler. Controlling pregnancy becomes a way to monitor the well-being of the child. If she withdraws, she is irresponsible. If the women could still say in the 70s, ‚My belly belongs to me‘, the illusion still exists today, because they do not see that he has long since been demoted to an incubator on two legs. She is successfully persuaded that her inner voice, which tells her how she feels, how her baby is, deceives her, until she forgets that there is one and leaves herself to the judgment of the machines without contradiction.

And because it was so much what she was carrying, Martinique sat down on the couch with Christian to let herself be held. It did not change the facts, but they were easier to bear together.