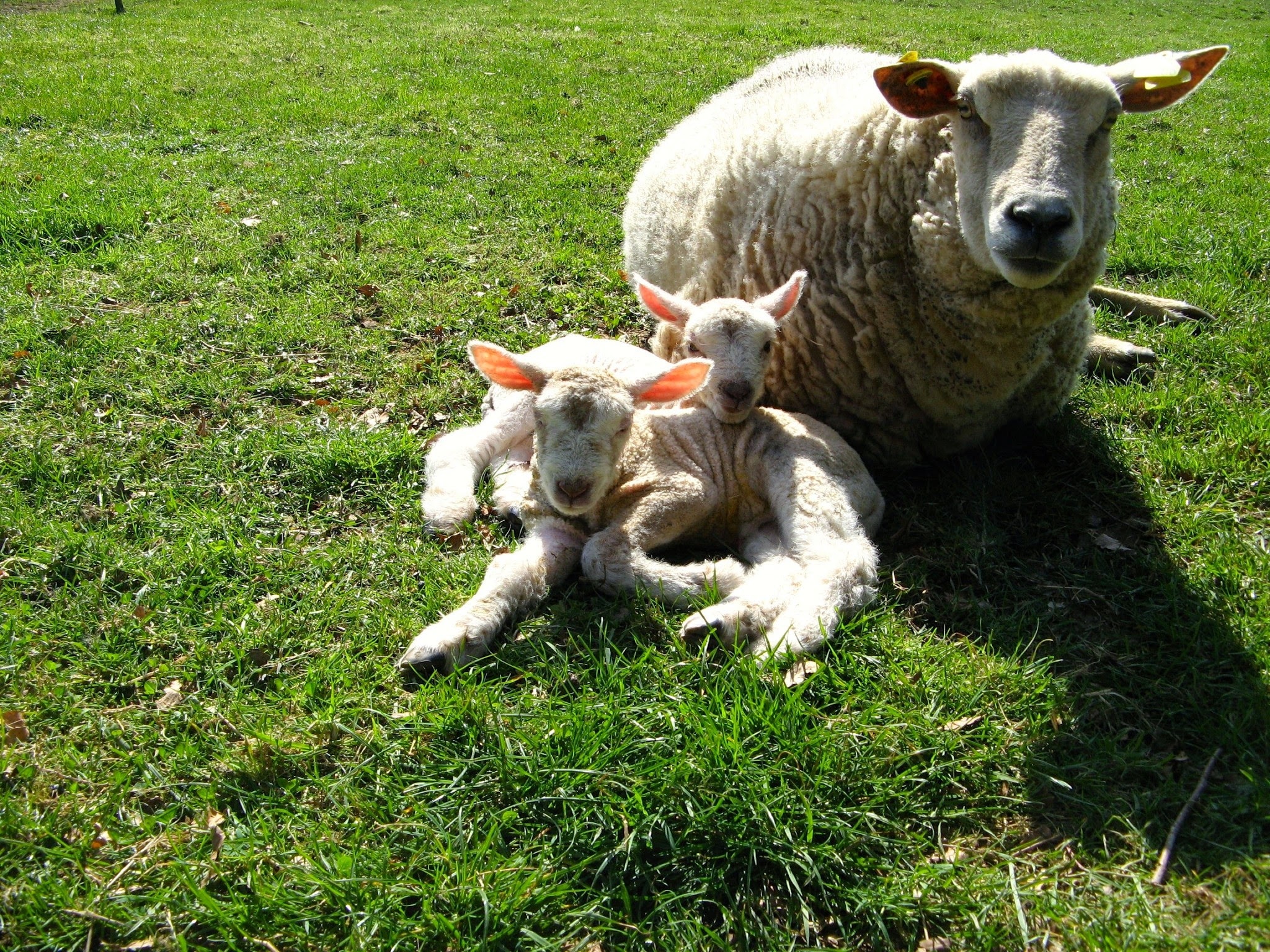 „Then comes Nietzsche again to the hand kiss,“ said Christian, „whether he would have appreciated it, if you quote him in this context.“
„If he publishes it publicly, then he must expect that he will be quoted,“ said Martinique succinctly. “But when it is said of God that He created the world, as Christians, for example, do, the world and all living beings, then that means nothing else than that they claim that God gave all life. „
„That’s the way it is said,“ Christian agreed.
„But if that’s really true, can it be simultaneous that God wants his creation to be destroyed again, even if it’s just a single lamb?“ Martinique continued, „Would not it be much more logical for God that He wants life and not death? Is not that just clear at Easter? Jesus, the Lamb that was sacrificed so that death and sin be overcome, for all eternity so that there is no need for a sacrifice? „

The sheep mum has retreated to a secretive angle. She senses that the birth is imminent. She wants to be alone for that. She lies down. Her twins will not be long in coming. Slime-smeared, they lie next to her. Tenderly, she begins to lick them dry while she talks to them, so that the mothers voice is familiar to the babies from the beginning. They get to know each other, face each other and attentively. The little ones answer with high, bright voices. They belong together from the beginning. As soon as they can walk, they accompany their mother everywhere. Over time, they will probably become more daring, play with other lambs, just as children do, but when they are afraid or hungry, they flee to Mum, seeking shelter and food. The first months of life are characterized by this togetherness. So it is intended by nature. That’s how it should be. If the children are strong enough, they go their own way. But only when they are ready.

The sheep mum in the industry cannot retire anywhere. Close together, they stand side by side. Right in the middle she brings her children to the world. Everywhere is pushed and kicked. The voices flicker through the air, so that a quiet get-together is not possible. For what, too, because hardly that mother and child have gotten used to each other, they are already separated. Used to one another, entrusted to each other, they suffer from the separation like every creature that cares for their offspring. The one who causes this disconnection is also a mammal who needs to know the pain of a mother who is losing her child, but it does not care. Desperately the little one tries to escape the killer’s clutches while the mother calls it to her. Because she cannot understand why it cannot stay with it. There’s nothing to understand about it. Deaf, blind and callous appear to be those who can experience these scenes without it touching them.

„God is dead – we murdered him,“ Martinique repeated. „Jesus was murdered by paid mercenaries. We gave the order. The lambs are being murdered by people we pay for. We did not nail Jesus to the cross. But we paid for it. What difference does it make? We did not murder the lambs. But we paid for it. What difference does it make? Without our order, without our payment, the lambs would be with their mothers. As it should be. Just as a god of life wanted it. But what do we care  about God, especially at Easter. We nailed him to the cross. There he is supposed to rot. We eat carcasses. One more or less makes no big difference. We have forgotten the resurrection that should be the salvation. But it does not need it if the belly is full and the death of the plates washed. „
„What do you think, are we just staying here in the woods, in the middle of life, as it should be?“ Christian asked, and Martinique was only happy to stay. In life and with him.